An historic moment occurred on Friday morning in the $13.9 million Kingaroy Transformation Project … the first concrete was poured for the new footpaths in Alford Street.

A handful of councillors, the media and KTP Ambassador Keith Campbell watched the concrete being poured and screeded by a team of workers.

The pour follows the completion of the installation of underground conduits between Youngman Street and Glendon Street.

KTP Project Manager Alan Christensen said the conduits would be the “backbone” for future expansion in the CBD and should last between 50-80 years.

Access points mean the new footpaths will not have to be ripped up if problems occur underground.

It has been estimated that a total of 14km of conduits will be laid just between Youngman Street and Kingaroy Street as part of the KTP.

Mayor Brett Otto said the KTP was an important project for the region but it was important that it came “in on time and on budget”.

He said an independent analysis of costings had been done by Bellwether but he was still waiting for more information which he could share with the community.

And The Footpath Pour Begins … 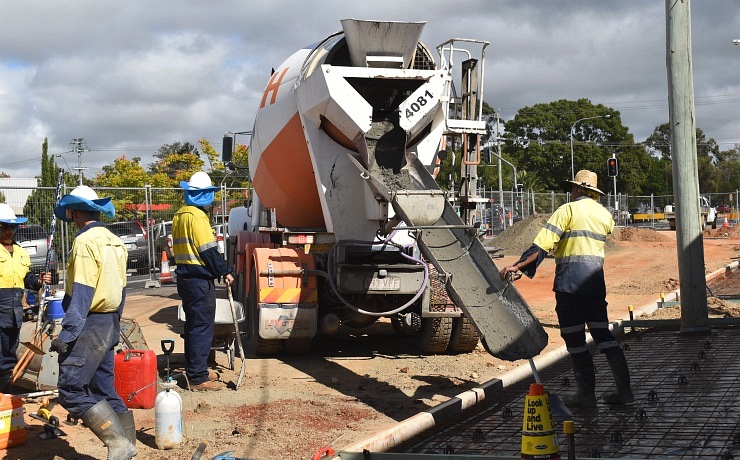 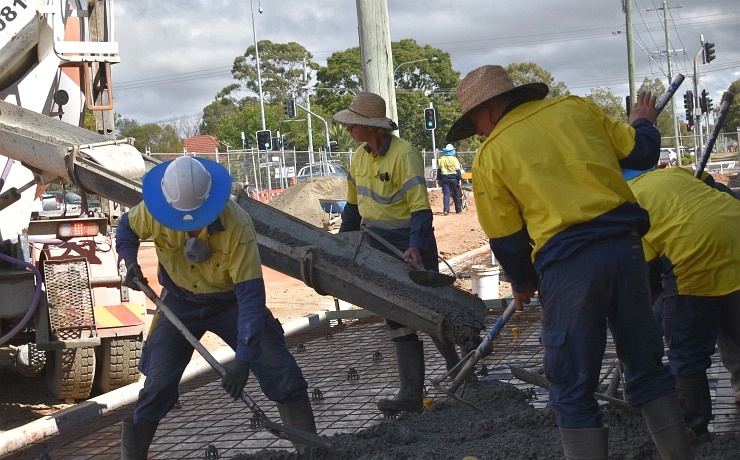 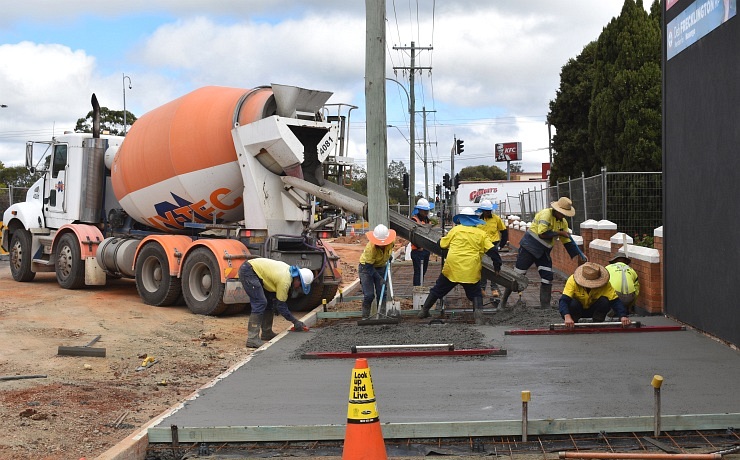