Pandemic disruptions hit most South Burnett sporting codes this year, but none more so that rugby league.

Not only was the whole season cancelled for both juniors and seniors after a couple of trial games, but the big celebration dinner that had been planned to mark the centenary of rugby league in the region also had to be postponed.

One of the South Burnett’s most passionate league supporters – as a player, trainer and administrator – is Allan Trunks, from Cushnie, who was to have been one of the special guests at the centenary celebrations.

Allan shared some of his rugby league memories with southburnett.com.au earlier this year.

He played his first game of rugby league at Wooroolin State School in 1958. He must have shown promise, as by the time he was 14 he was playing Under 17s for Wondai.

In his younger years, he saw many South Burnett legends in action, including Percy Iszlaub, who played rep football for 17 years and with the Wolves for 21. And Cherbourg great – and Wide Bay Team of the Century player – Frank Fisher came along to training sessions.

But Allan was quickly turning many heads himself with his defensive flair.

He spent two years in Toowoomba (1964-65) as an apprentice builder but that didn’t lure him away from league. He played for All Whites in the Toowoomba league (now Brothers) and was part of the Under 17s premiership-winning side.

He also turned out for the Toowoomba Clydesdales.

Along the way, he also earned a guernsey playing in the second row for Queensland Country in 1971. He was also selected in multiple South Burnett and Wide Bay rep teams.

He even squeezed in a stint with Gladstone.

It was his consistency as a player that won Allan many admirers throughout his career and a spot in the South Burnett Team of the Century.

In 1970, he was part of the winning South Burnett 47th Battalion team which defeated Gympie.

One of his finest moments was probably in 1978, when he was captain / coach for the legendary Wolves side which went through the South Burnett season undefeated.

Wondai topped it off with a 42-0 defeat of reigning premiers Nanango in the Grand Final.

“They were probably the best team I have ever played with,” Allan said.

Another great memory was playing in the 1976 Grand Final for the Wolves, securing their first Premiership victory for 11 years with a 10-8 win over Kingaroy before a record crowd at Murgon.

During his career, Allan won three South Burnett Player Of The Year awards and in 1979 was named “Sports Personality of the Year” by a local newspaper.

These days, he is a Life Member of the Wolves.

In 2019 a special junior rugby league award was named in his honour.

The inaugural “Allan Trunks South Burnett True Spirit Award” was presented by Scott Prendergast, from the “Beyond The Nest” junior league development program, to Murgon Mustang Harry Perrett, a member of the 2019 Under 16s Eagles team.

“The Allan Trunks Beyond The Nest award is about consistent effort,” Scott said at the presentation.

“It acknowledges that person who takes a run when no one else wants to. It’s about chasing when you know there’s no chance of catching.

More Coffees With Cops Coming Up 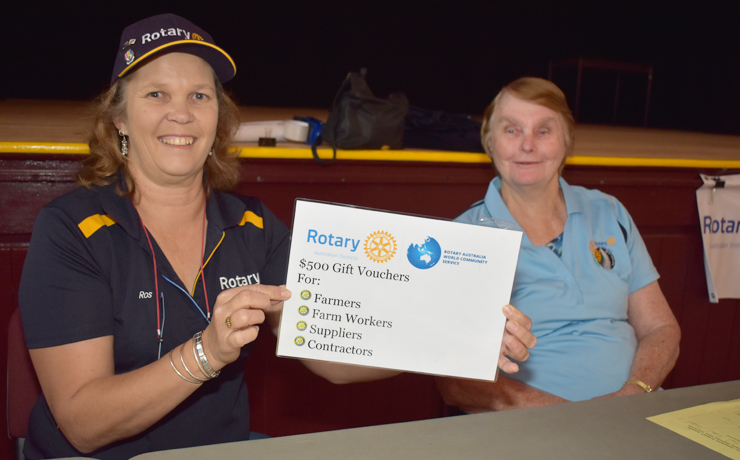