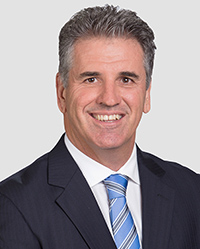 The State Opposition has accused Sunwater of “squeezing farmers dry” after the corporation’s annual report showed the utility enjoyed a massive jump in revenue despite the drought.

The LNP said the annual report also showed the State Government-owned corporation had approved large pay rises for its CEO and managers.

“Water prices are skyrocketing and every cent Sunwater receives comes at the expense of water users who have to count every drop,” Mr Last said.

“Annastacia Palaszczuk is ultimately responsible for a 56 per cent rise in the Sunwater executive team’s pay – an income increase that most farmers can only dream of.”

“Sunwater’s report shows that its electricity costs have jumped by $5 million in five years, an extraordinary admission that Labor’s electricity rip-off is hurting the corporations it runs,” Mr Last said.