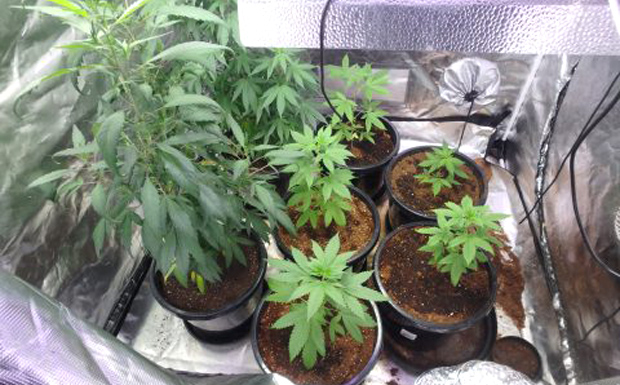 One of the 19 hydroponic cannabis gardens seized by police during November’s drug raids
(Photo: Queensland Police)

Kingaroy police were part of a wide-ranging operation across southern Queensland last month which resulted in 31 people being charged with drug and weapons offences.

A police spokesperson said 19 hydroponic cannabis systems and numerous bush cannabis plots were located and seized, along with 22 unlicensed or restricted weapons and methamphetamine.

In total, 493 cannabis plants, 7.6kg of dried cannabis and 1.7 litres of cannabis oil were seized.

“This operation targeted the production of cannabis on rural holdings in the hinterland areas of south-east Queensland,” Det Sgt Ferling said.

“Detectives utilised information supplied from the public as part of these search warrants.

“I urge the community in rural areas to continue to contact police and provide information in relation to the production of dangerous drugs.”