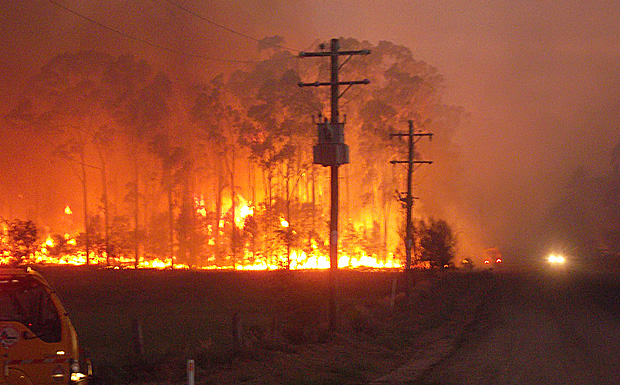 The Bureau of Meteorology has issued fire weather warnings for Thursday and Friday for parts of southern Queensland.

The Bureau says hot, dry, and gusty winds will lead to a severe fire danger in the Darling Downs and Granite Belt district, and these conditions are forecast to persist for the next few hours.

Conditions will worsen on Friday.

Hot, dry, and gusty strong west to south-westerly winds are expected to create Extreme fire danger in the Darling Downs and Granite Belt and Southeast Coast Districts, with Severe fire danger in the Central Highlands and Coalfields, Maranoa and Warrego, and Wide Bay and Burnett Districts.

A surface trough is moving slowly eastwards across southern Queensland.

Dry and fresh west to south-westerly winds behind the trough will bring elevated fire dangers to south-eastern inland areas.

BOM forecasts that Friday’s temperature in the South Burnett will soar to 36 degrees, with 15-20km/h winds becoming south-westerly in the early afternoon, then shifting northerly in the late afternoon.

Conditions should ease after sunset as temperatures drop and winds moderate.

Fire bans are in place in the South Burnett, Cherbourg, North Burnett and Gympie council areas until 11:55pm on November 15.