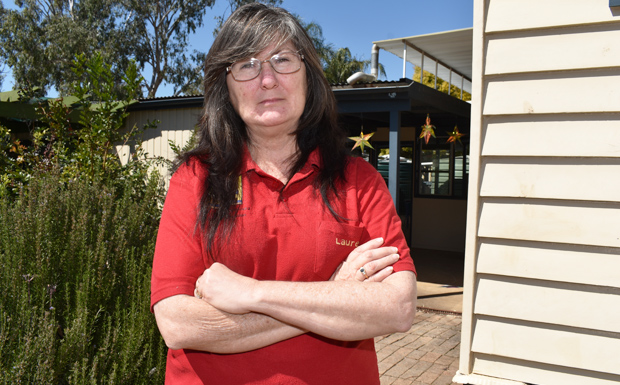 Police are investigating a break-in which occurred at the Centre For Supervised Distance Education in Kingaroy at the weekend.

Thieves knocked down one security camera and cut wires to a second before breaking a door to enter the building and steal cash.

They even took the centre’s “swear jar” and tuckshop money.

But the thieves hit the jackpot when they located money in a filing cabinet – the float for the not-for-profit committee and cash that had been raised to purchase a new swing set for the centre.

Laurel said the centre had been raising funds for the past 12 months to buy the swing set.

“The last deposit hadn’t been banked yet, unfortunately,” she said.

Also stolen was a terabyte external drive and an iPad Mini but fortunately none of the centre’s other electronic equipment was touched.

Laurel said she wanted to let the community know about the break-in to remind them “this is real; it’s happening in our little community”.

She said she was shocked at the professionalism of the break-in.

“They were not amateurs,” she said.

The CSDE will now be adding more security cameras.

“The neighbours are also jumping aboard to keep an extra eye on the place,” Laurel said.

“Security will be increased, I will be more vigilant and we will deposit money ASAP.”

Anyone with information about the break-in should call Crime Stoppers on 1800-333-000.