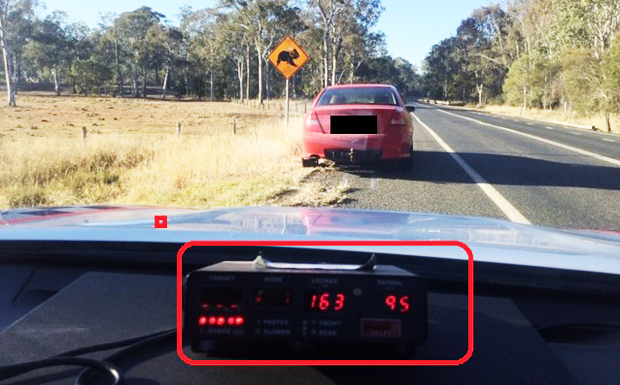 A 20-year-old Yarraman man has been fined $1245 and lost his licence for six months after he was pulled over for speeding on the D’Aguilar Highway on Sunday morning.

Officer-in-charge of Kingaroy Police, Senior Sergeant Dave Tierney, said police were on patrol at 7:50am when they spotted the red Holden Commodore.

Radar captured the vehicle travelling at 163km/h in a 100lm/h zone.

The driver was issued with an infringement notice for exceeding the speed limit by 40km/h ($1245 fine) and lost eight demerit points.

As the incident was a Type 2 offence, his driver’s licence was also disqualified for six months.

A 31-year-old Kingaroy woman will appear in the Kingaroy Magistrates Court on September 16 charged with drug driving after police pulled over her Kia hatchback in Avoca Street, Kingaroy, about 5:00pm on Saturday.

Thieves forced a front door open to break into a unit in Edward Street, Kingaroy, on Sunday while the occupant was asleep.

The incident occurred at some time between 2:00am and noon.

Personal property and an iPhone was stolen.