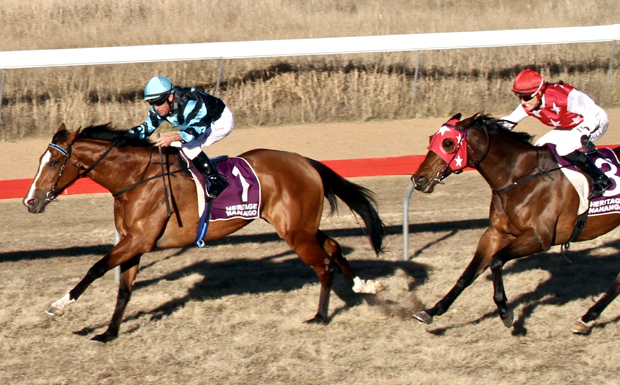 Back in 1946, Bernborough triumphantly humped 10 stone 5 pounds in what was effectively the first Doomben £10,000.

In Saturday’s XXXX Fitzroy Hotel Cheers Liquor House Nanango Cup (1600m), the topweight Executed will carry 66 kilograms, which is around the same load.

Like the post-war legend, today’s son of Warhead has had a winning spree during his career to date.

The now eight-year-old put together six wins and three seconds from his nine juvenile appearances.

The juiciest plum was the $100,000 Parry Nissan Great Northern Plate at Townsville in May 2014, where Viscount’s grandson was odds on and bolted in by six lengths.

Although he secured the 2016 Listed BRC Lightning Handicap at Doomben, his recent preparations have been less significant.

Last week’s success on the sand at Bundaberg for his Nanango Cup jockey Jason Missen broke a 13 run winless streak.

Its grand-dam and dam are, respectively, Soviet Princess and Romanov Girl.

In 1918, the Russian imperial Romanov family headed by Tsar Nicholas II lost their lives as an upshot of the revolution.

It is tempting to say that the top weight should be in the firing line for quite a while on this occasion.

The handicapper placed all the nominations, except the highly credentialled Executed, on the limit of 55 kilograms.

Following acceptances, only a quartet of Cup chasers remained.

Although Executed has shouldered 64 kilograms or more for three of his last six tasks, he has not raced beyond 1380 metres and a firm track may also prove testing. 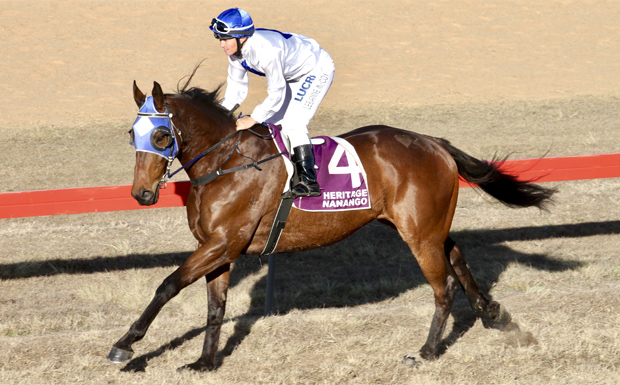 On paper, Fasta Than Light, with $211,000 in his account, is certainly a chance in this year’s Nanango Cup.

The Hidden Dragon gelding has six metric mile wins on his resume and has scored on a firm track at Doomben.

He will have the services of premier Lee Park rider Hannah English.

The aged chestnut is prepared by Pat Duff, the former Wondai lad.

The jockey-trainer combination has South Burnett heritage, so many locals will be cheering for this candidate.

Gud Onya also has a couple of positive pointers.

Anna Bakos will claim three kilograms on the galloper that ran a tidy fourth behind Dutch Treat in the 2018 Cup renewal.

The Congrats (USA) gelding from Geoffrey Schrader’s Jandowae yard has captured five wins and three placings over the 1600 metre trip.

A worry is that five of his nine victories were achieved on the sand at Roma.

On form, Phoenix Flyer would be dismissed.

However, the breeding is fascinating.

The lightly raced four-year-old is by So You Think, the brilliant accumulator of ten Group One prizes across Australia, England and Ireland.

Her mating with So You Think’s sire High Chaparral produced Bring Me Roses, the winner of the 2017 Edward Manifold Stakes (Gr 2,1600m) while Full Value, her son by Red Ransom, took out the 2004 VRC Bobbie Lewis Quality (Gr 3, 1200m) and was runner-up in the 2003 Caulfield Guineas.

Hannah Phillips, Phoenix Park’s pilot on Saturday, went within a half length of grabbing last year’s Cup with Mendelssohn.

She landed a double during the meeting with trainer Bevan Johnson’s charges Gold Crown and Spur With Ease, the winner of the inaugural John Lee Memorial.

Another key area of interest is in the opener, the Huston Nissan QTIS Maiden Plate (1000m).

Eleven of the 15 acceptors are eligible for bonus money.

Kenilworth studmaster Stan Johnston has shown his customary interest and paid up for four aspirants.

Remember, with six races on the card, action gets under way at the earlier time of 12:50pm.

Even though there are just four starters in the XXXX Fitzroy Hotel Cheers Liquor House Nanango Cup, it will be an absorbing contest on a day with a wide variety of activities on the agenda.