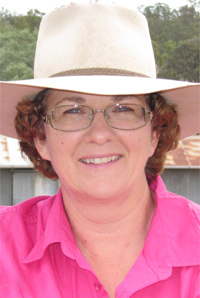 Rural lobby group AgForce will hold an information session in Durong on Friday as part of a series planned to explain recent State Government changes to protected plant trigger mapping.

The session will also provide a snapshot of the State Government’s proposed Barrier Reef regulations.

The impact of the mapping changes will be discussed as well as an explanation of how the “blue dot” areas were derived and information about the process required for identifying protected plants.

The potential impact of Reef regulations on grazing and new cropping areas in the Burnett Mary catchments will also be discussed.

“Through our lobbying, we’ve already secured a commitment by the Minister for Environment, Great Barrier Reef, Science and Arts to fully brief AgForce prior to any future mapping releases and give us a chance to digest the information and inform our members in good time,” Mrs Somerset said.

“Lobbying government is one thing – it’s also important we get out there, amongst the producers directly affected by these changes, explain the ramifications, answer their questions, make sure they understand we’re with them.

“These sessions provide a chance for producers to speak to a real person and hear, for example, about the mapping services AgForce offers and how they can help them.

“The government’s proposed Reef Bill hasn’t passed through Parliament yet either, so there is still time for us to have our voices heard on that issue too. AgForce does not support mandatory Reef standards for grazing and cropping.”

Other briefing sessions will be held in Monto and Gayndah on Saturday, Toogoolawah and Boonah on Monday, and Woolooga on Tuesday.

All producers have been invited to attend the sessions, which will also include Commodity and SEQ Regional updates.