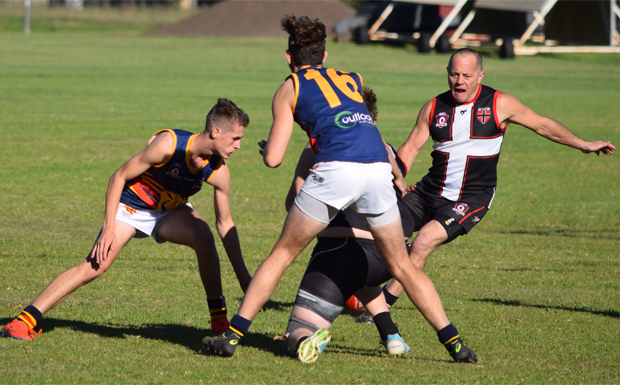 Saints’ fans had little joy at home at the weekend, with both the men’s and women’s teams going down to University Cougars.

Saints had a strong second quarter, landing more goals than their more-fancied opponents and held their own in the last quarter.

It was during the third quarter that the Cougars did the damage, putting on 35 points as they hammered the goal posts.

The women’s game ended with hugs all round even though the scoreline was a bloodbath.

The match will be reprised this weekend with the female Cougars and Saints facing each other again … this time in Toowoomba.

With only four teams in the competition, the women will be seeing a lot of each other this year …

The male Saints have a bye this weekend.

Their next scheduled game is against Warwick in Kingaroy on May 25.

This will be Saints’ big Heritage Round which will also include a visit by Brownlow Medallist and triple premiership player Jason Akermanis.

The program is for boys and girls aged 5 to 8 in who have graduated from an Auskick program.

It is running on Friday nights until June 28.

On Sunday, juniors will be in action at Lyle Vidler Oval from 11:00am when Darling Downs takes on Wide Bay in an Under 12 representative schools practice game. 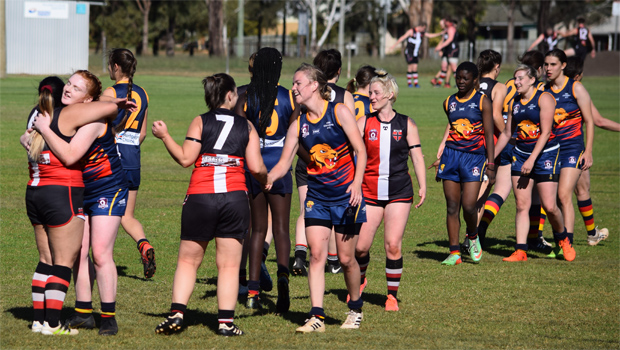