Proston Pulls Together For Show 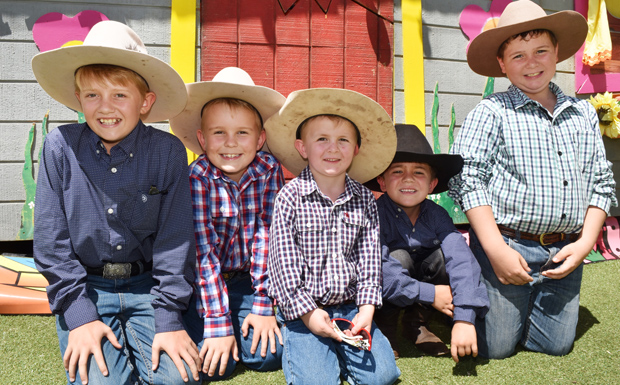 Having fun at the Proston Show were, from left, Darcy Williamson, 10; Hugh, 7, and Cam Seiler, 4; Heath Williamson, 5; and Jack Maudsley, all from Kingaroy

The 61st annual Proston Show was another celebration of everything that’s good about life in a country town … a community pulling together to make things happen.

Recently elected Show Society president Tabitha Bleys said cattle numbers were down, as expected, due to the drought, but to make up for it entries were up in the wood-chopping, dog show and Stockman’s Challenge.

“This 61st show is a really good one even in this dry time,” Tabitha said.

She recalled that her grandfather, the late Gordon Buchanan, had been called on to do the same task back in 2004 and she was honoured to be asked.

“As long as I can remember, come what may, Proston community has always held special events for us all to be part of,” she said.

“The show, the campdraft, spring fairs, Christmas carnivals, fundraisers … they bring us together and give us a reason to celebrate.

“Proston has given me the spirit of community and I can’t tell you how much I draw on that.”

There was also sadness, with acknowledgement of the recent deaths of two local residents who had been heavily involved in the Proston Show over the years: Sue Heit and Mick Duff. 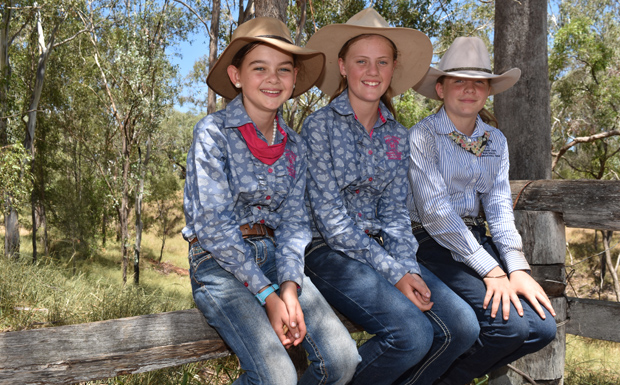 Hannah Needer, Rhianon Braithwaite and Jamie-Lee Webb, all members of the Kingaroy State High School cattle team, take a break in the yards 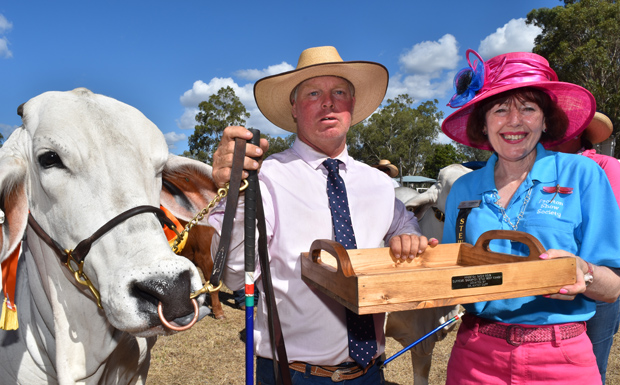 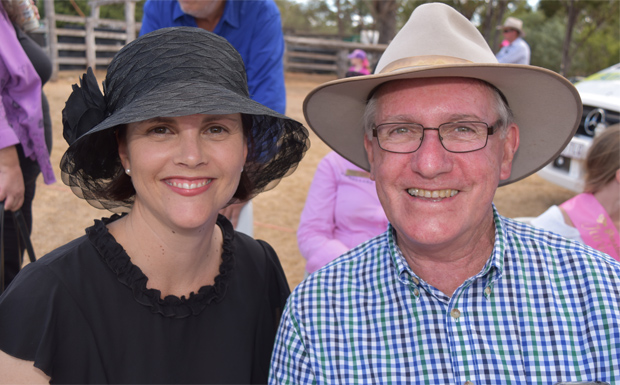 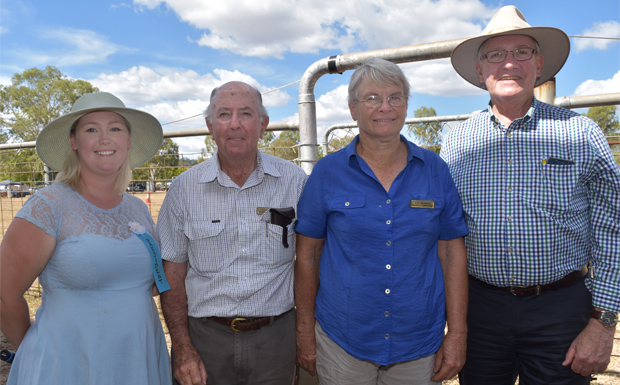 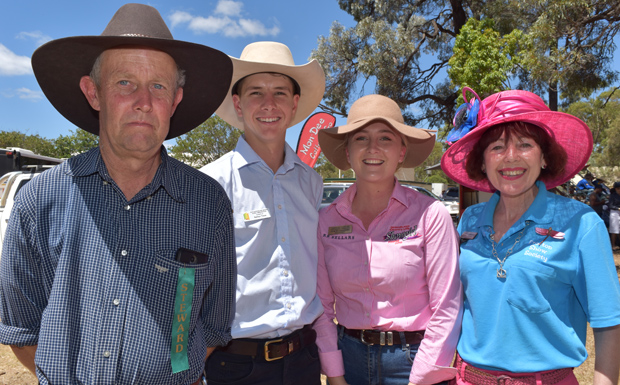 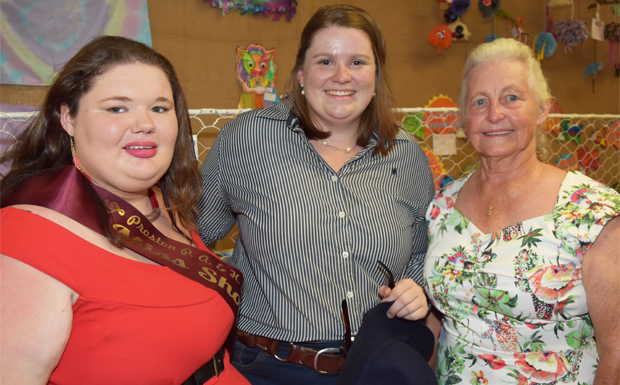 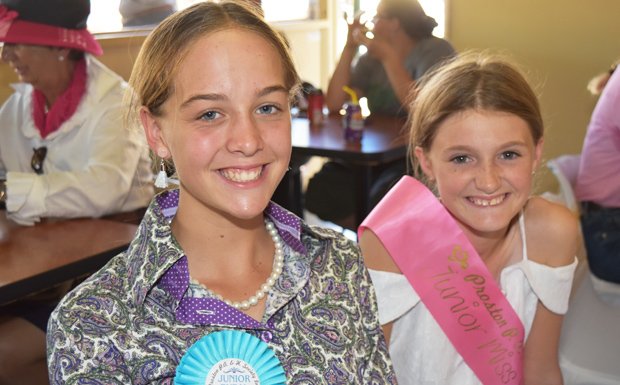 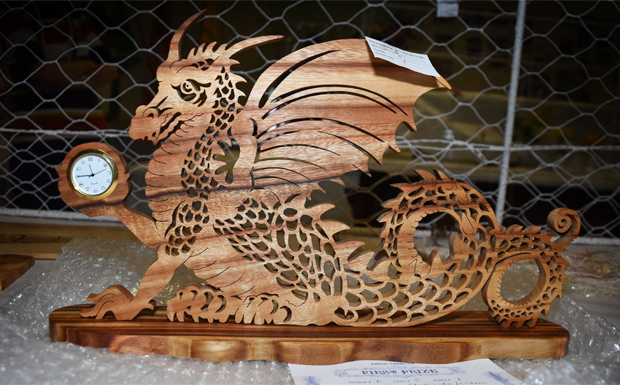 The Pavilion theme this year was dragons, and there were lots of them in paintings and craftwork … Maureen Bowden won first prize for fretwork with this Dragon clock 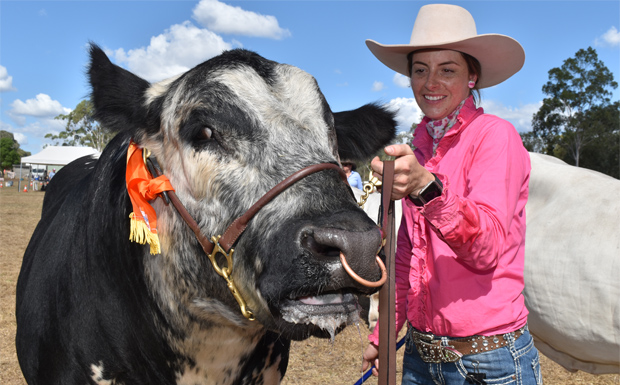 Amanda Weber, from Leegra Fitting Service, with Battalion Speckled Park Stockade … Stockade was named Grand Champion British and Supreme Bull of the Show and is now on his way to the Easter Show in Sydney 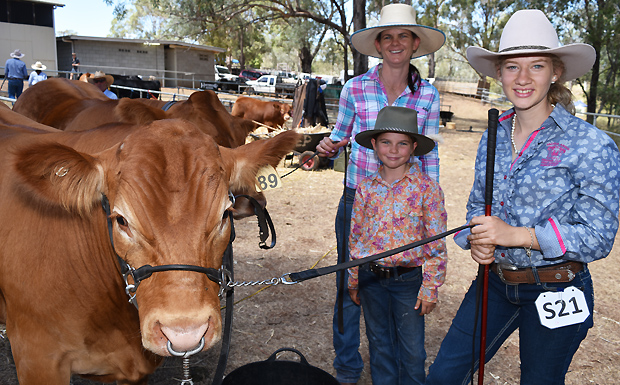 Stacy and Lucy Needer, 10, from Kingaroy, with Tamika Schultz, Kingaroy, getting ready for the Led Steers 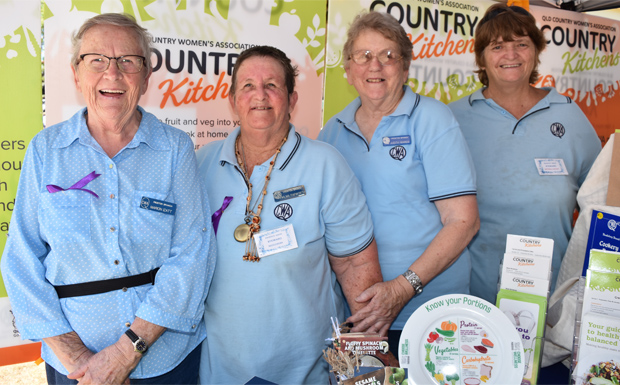 Proston QCWA had a guessing competition and were also handing out healthy eating recipes at their Country Kitchens stand … from left, Marion Izatt, Wilma Papworth, Judith Marek and Eileen Vos 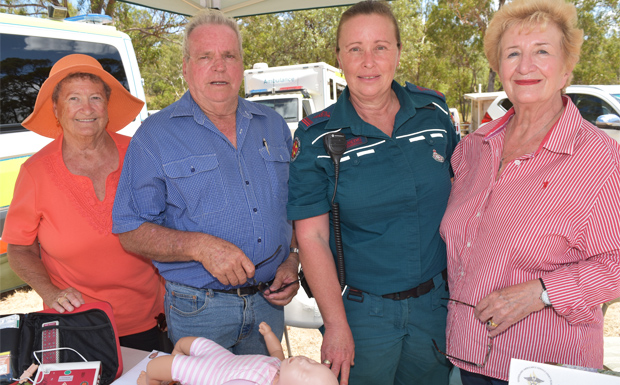 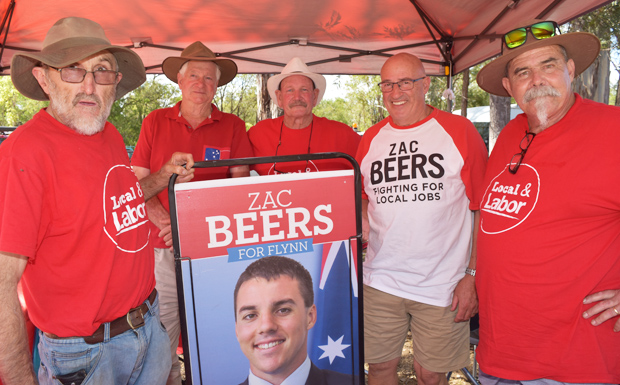 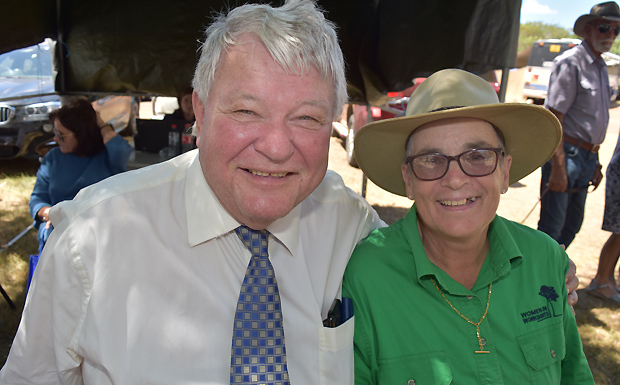 LNP Member for Flynn Ken O’Dowd was watching the action in the cattle ring with Barbara Hockey, from Hivesville 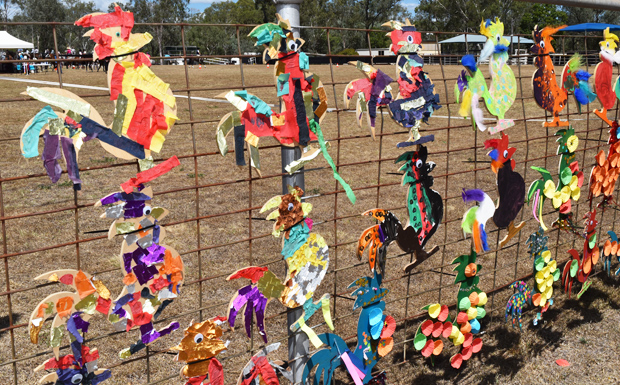