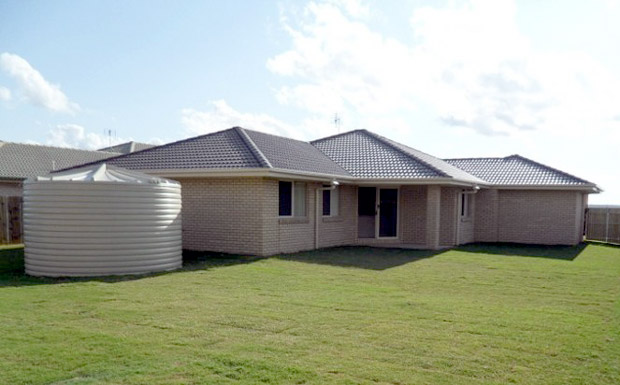 South Burnett residential land values have fallen by an average of 31.3 per cent over the past seven years.

The QVG released their latest South Burnett land valuations on Wednesday, along with valuations for 17 other Queensland local government areas.

The region was last valued in 2016, and is usually revalued every 2-3 years.

An analysis by southburnett.com.au shows that between 2011 and 2018, South Burnett residential land values have dropped by nearly a third (see chart, below).

In his report, Valuer-General Neil Bray noted that values in the South Burnett overall had risen since the last valuation in 2016.

However, this was largely driven by rural properties, where demand for cattle grazing and crop farming land led to values rising by an average 29 per cent.

Values dropped in all the region’s major towns, although some smaller villages such as Kumbia and Wooroolin were affected less.

Tingoora, Proston and Hivesville suffered a sharp decline, which QVG says reflected “market evidence for vacant land in these centres”.

Our analysis shows the only residential areas to enjoy an increase in value during the past seven years have been the Bunya Mountains, Maidenwell and Memerambi.

The latest valuations will take effect on June 30.

“I encourage landowners who believe they have additional or new evidence which may alter their new valuation to provide this information through the online objections process at the Valuer-General’s website or at the address shown at the top of their valuation notice by May 7, 2019,” Mr Bray said.

Hard copies of the valuation list for the South Burnett Regional Council area can also be viewed at the J. Bjelke-Petersen Research Facility (opposite Kingaroy Airport) during normal business hours until the close of business on June 4, 2019.

Footnote: Land valuations are only one of several factors used by Councils to determine rates. 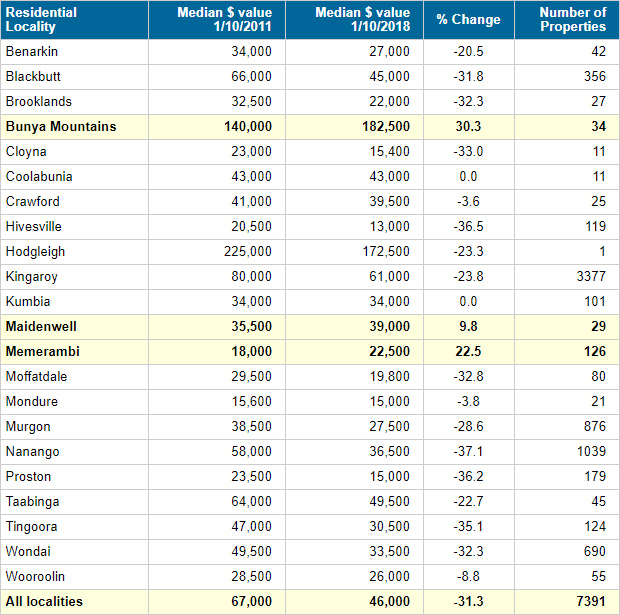