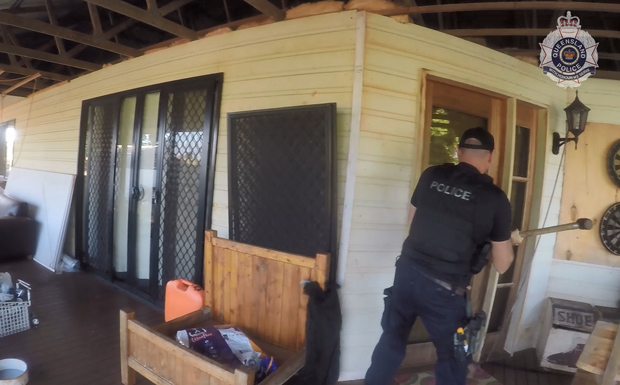 Police break down a door during one of the recent raids in the South Burnett (Photo: QPS) 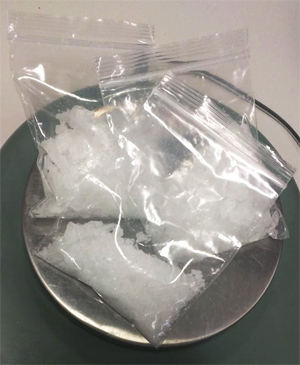 Some of the individual bags of ice which have been seized recently by police (Photo: QPS)

Seven men will face a total of more than 450 drugs charges – including trafficking and supplying methamphetamine – after a series of police raids in the South Burnett over the past two days.

The drug blitz, dubbed Operation Quebec Oklahoma, targeted the distribution of ice in the Kingaroy, Murgon and Cherbourg areas.

The year-long investigation by the Dalby-Burnett Patrol Group included a series of rolling search warrants and vehicle interceptions, and culminated in 15 search warrants being executed at premises across the Burnett area on Monday and Tuesday.

These searches resulted in the arrest of seven men – three from Kingaroy, two from Wondai and one each from Tingoora and Murgon – who have been charged with trafficking in dangerous drugs and more than 450 counts of supplying dangerous drugs.

The seven are expected to appear in Kingaroy and Murgon Magistrates courts on Wednesday.

To date, the operation has identified a total of 111 people who have been charged with 695 offences; police estimate about $170,000 worth of drugs have been seized.

“This has been a lengthy and complex operation utilising resources from the South West and Moreton District as well as specialist commands, and we have left no stone unturned in our efforts to disrupt and dismantle this network,” Det Insp Hart said.

“The closure of this operation will provide the communities of Kingaroy, Murgon and Cherbourg the opportunity to really take a stand against drugs and make their towns safer and healthier places.”

Det Insp Hart told southburnett.com.au the job was not yet finished and more arrests were expected.

He said the operation, which had been running for just over a year, would be continuing. 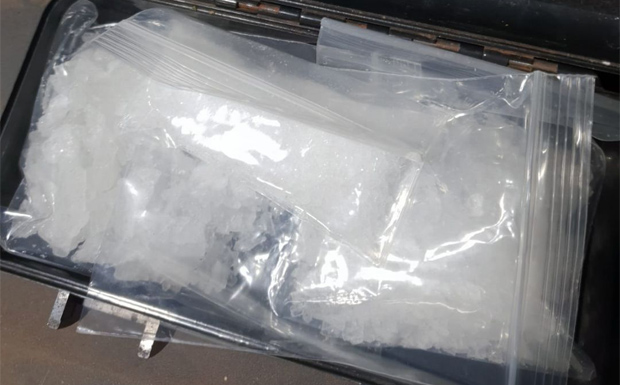 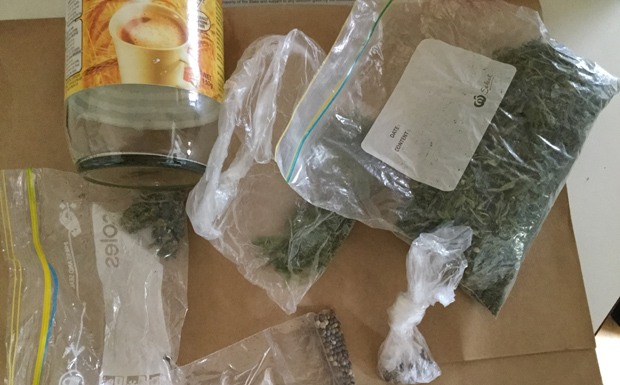 Other bags of drugs seized recently during police raids in the South Burnett (Photo: QPS)

On Tuesday afternoon, Opposition Leader and Member for Nanango Deb Frecklington thanked police for their efforts, and promised a future LNP government would provide them with the resources to crack down even harder on drugs in the community.

“On behalf of my community, I want to thank our hard-working police for their work in shutting down the ice supply chain,” Mrs Frecklington said.

“Sadly, it shows the devastation of ice and its grip on many regional communities.

“It’s also why the LNP have announced a plan to give the police more resources to crack down on drug traffickers.

“We need more resources to stop these drugs being peddled to our kids.”