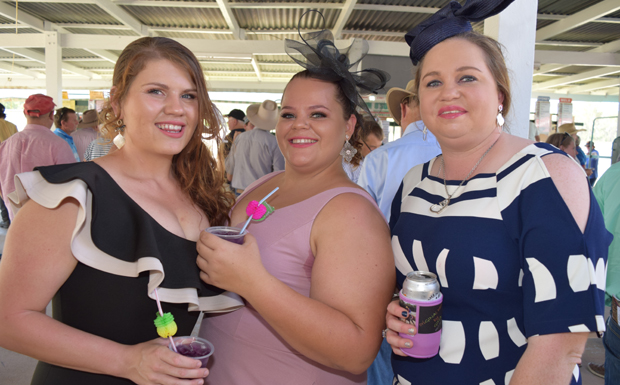 Cheyenne Gamble, from North Queensland, joined friends Donna Robinson, Hivesville, and Belynda Hiron, Cloyna, under the betting ring’s shade … it was a popular location for many Wondai racegoers on Saturday

The hot weather didn’t scare away punters from the South Burnett Race Club’s bonus summer meeting on Saturday, much to the delight of race club officials.

The race club had barely a month to put the January meeting together but as things turned out, punters had an exciting time with two favourites bringing home the money.

The heat led many patrons to seek shade near the betting ring or high up in the grandstand.

South Burnett Race Club patron Roy Radunz said the club had been hoping to expand its race meetings from three to four for many years, and had leapt on the Gayndah opportunity when it came up.

While he agreed the timing wasn’t ideal – with many people still away on holidays and others juggling back-to-school expenses – he hoped the extra meeting might become a permanent addition to the club’s racing schedule in future.

In 2010, Wondai lost its Anzac Day meeting date after Queensland Racing awarded it to Beaudesert, then to Chinchilla.

This reduced the club to just two meetings a year until 2013, when Wondai secured the Anzac Day meeting again.

Since then, patronage at the track has boomed and in recent years the South Burnett Race Club has used the funds this has produced to begin a long-term refurbishment program..

This has already seen several improvements to the racecourse, including new fencing around the mounting yard and along the concourse. 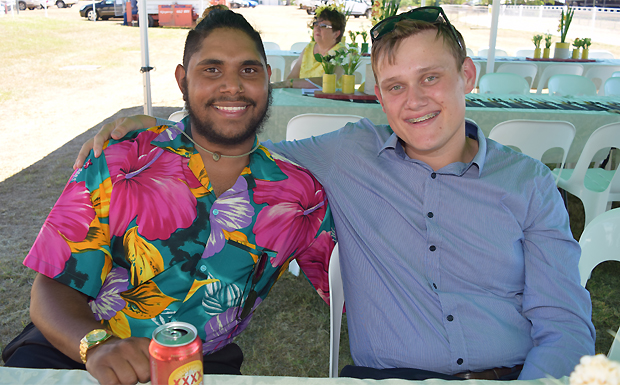 Peter Bollen, from Cloyna, chatted with old friend Josh Kinsella under one of the race track’s many marquees … Peter grew up in Townsville but moved to the South Burnett several years ago 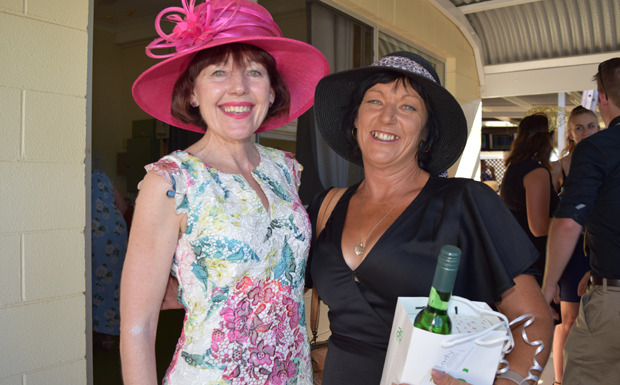 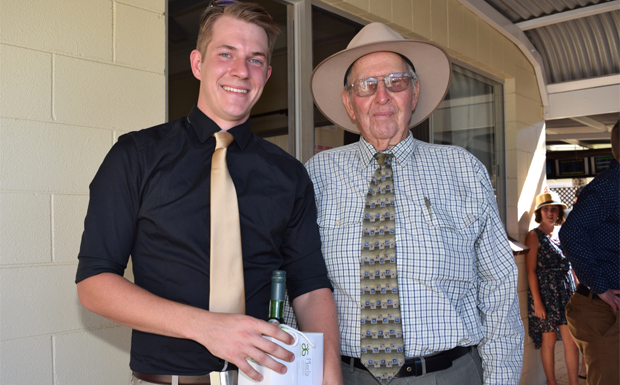 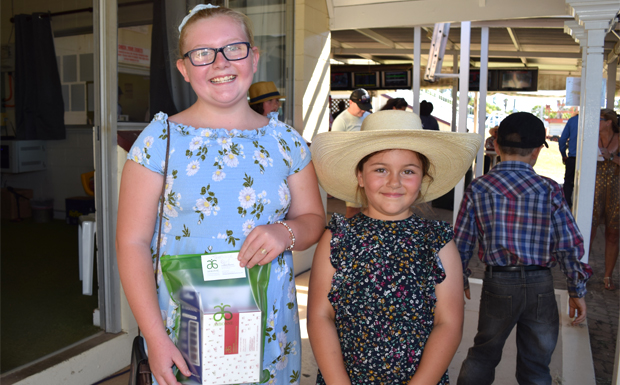 Caitlyn McGee, 12, from Wondai and Aleigha Gordon, 5, from Crawford took the senior and junior prizes in the Girls fashion category …. 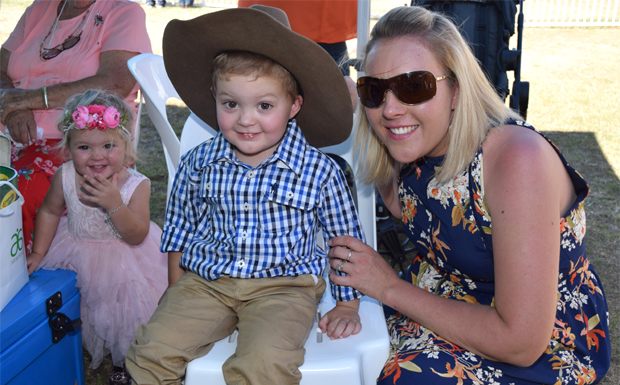 … while the Boys section was won by three-year-old Ryan O’Neill, who posed with his sister Paytin, 18 months, and proud mum Lauren after the judging 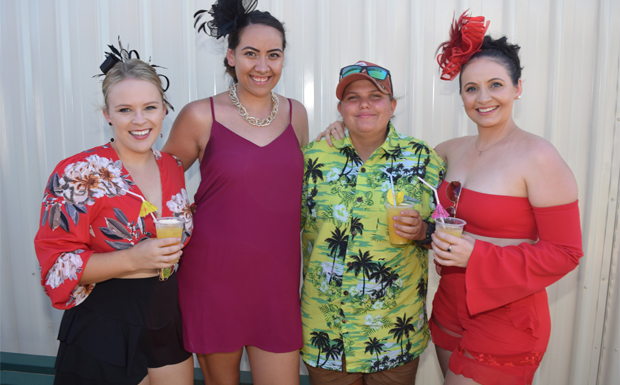 Barambah soccer players Nicki Geysing, Sarah Kemp, Ivana Fuller and captain Elle Mollenhauer came to the races to celebrate their team’s 3-2 win over the Nanango Panthers in last year’s local football competition … the group had forecast their victory at Wondai’s Anzac Day meeting last April but had to wait a further 18 weeks to claim the Women’s Division cup 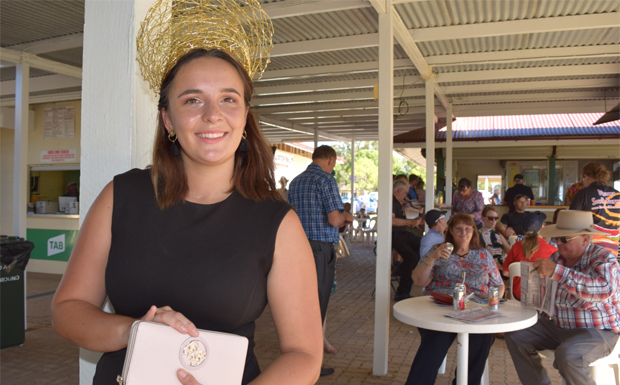 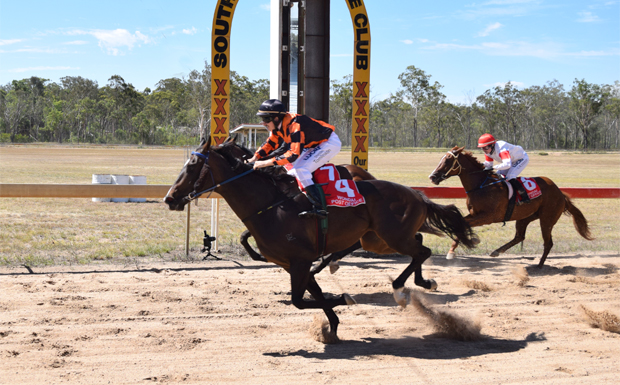 Just a neck separated the winner and runner-up in Race 2 when My Happy Place (Sheridan Tomlison) managed to pip Targets (Hannah Phillips, inside), with Spot On (Gemma Steele) in third

A minute’s silence was held for long-serving race starter Col Ryan who died in December aged 80 … Race 5 was named in his honour (Photo: Denise Keelan Photography) 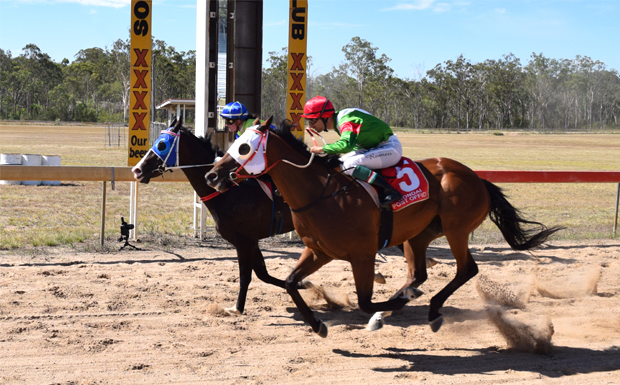 The margin was even tighter in Race 3, with Tycoon Zip (Pietro Romeo) downing National Trail (Brooke Mackie) by a nose 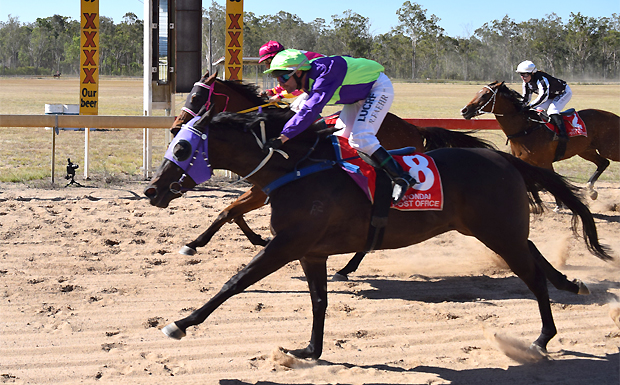 Race 4 was another nailbiter for punters, with only a neck separating Lil Ruby Rose (Robert Faehr) from Karma Force (Pietro Romeo)