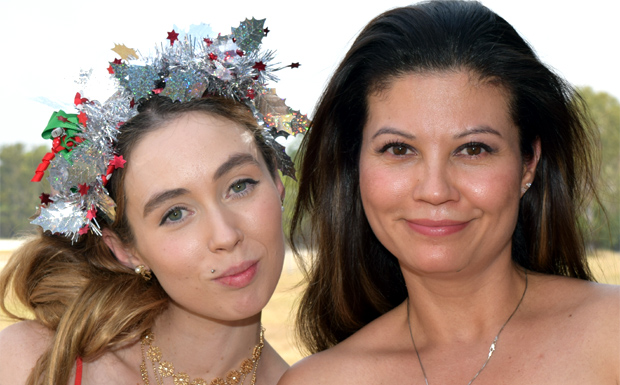 Guests sheltered from the sun in half a dozen marquees arranged under the trees, or spent the day in the main shaded areas near the bar and betting ring.

Nanango Race Club president Andrew Green was philosophical about the situation, saying he understood why some people might prefer to stay at home in air-conditioning rather than brave the heat.

“This is still better than it used to be when we had a January race meeting,” he said.

“The weather at that time of year is even more unpredictable.

“So we have no regrets about the two-month break we now have around this time of year. Summer isn’t good racing weather.”

As usual, two races that drew special interest were the Les and Thelma Pedersen Memorial and the Malcolm McCallum Memorial, which were the second and fourth races on this year’s card.

The races are a tribute to people who played an important role in the race club’s development, and have become a fixture at every Christmas meeting.

A third race that drew interest was a round of the Burnett To The Beach series, a contest being run this year at eight tracks by the South East Country Racing Association.

The South Burnett played host to three of the eight meetings: at Wondai, Kumbia and Nanango.

The competition gives jockeys, trainer and owners the chance to win special bonus prizes, and all three groups were trying to rack up points towards a prize on Sunday.

As things turned out, Lee Park attracted good fields for all five races with plenty of close, keen racing.

The meeting was relatively incident-free, except for a surprise muddle in the Race 4 when one of the placegetter’s saddlecloths was partially obscured at the finishing post.

Following the declaration of correct weight on the numbers 4, 3, and 1, stewards became aware the judge had incorrectly semaphored number 3 as the second placegetter instead of number 8.

After taking evidence from the photo finish operator and viewing the official image, the error was quickly discovered soon stewards corrected the placings to 4, 8 and 1.

As it turned out, only one wager with on-course bookmakers was affected, and this bet had been paid in favour of the punter.

A report on judging protocols will now be forwarded to the QRIC Chief Steward for further consideration.

Later – after all five of the day’s “official” races had been run – the Race Club staged a bonus Arabian horse race.

Although punters couldn’t bet on the event, the spectacle of the smaller-than-usual horses racing around Lee Park’s course proved a popular novelty, just as it had when it was reintroduced at last year’s meeting.

The Christmas race meeting also marked the end of the region’s races for the calendar year.

The South Burnett’s next race meeting will be the Valentines Day meeting held at Lee Park on Saturday, February 16. 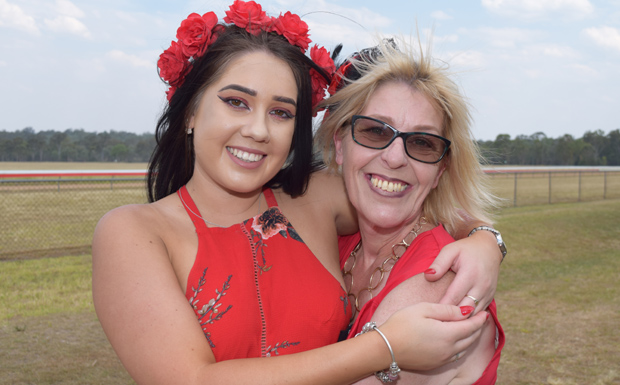 Jessica Hansen and Tracey Mulheron looked stylish in Santa Claus colours, which seemed to be a favourite with many guests at the meeting 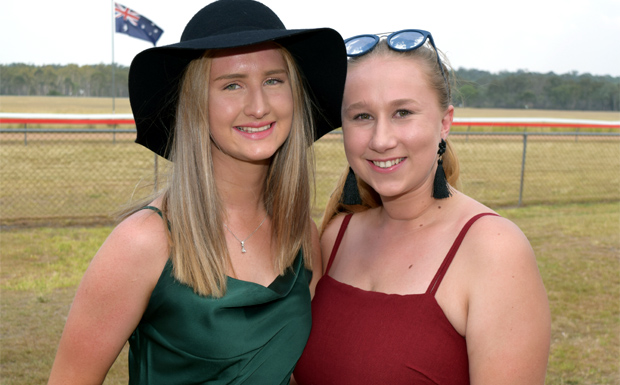 Mikaylah Pygall and Corissa Raines wore Christmas green and red colours to the track … in the colder months, Corissa prefers the purple and gold colours of the Gunnettes soccer team 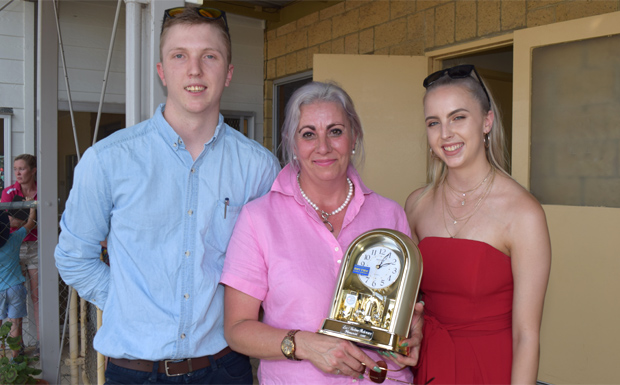 Mardi Hayward, the trainer of Race 2 winner Brilliant Mistake, received the Les and Thelma Pedersen memorial trophy from Pedersen family relatives Nick and Courtney Frohloff … the Pedersen Memorial is a feature of every Christmas race meeting 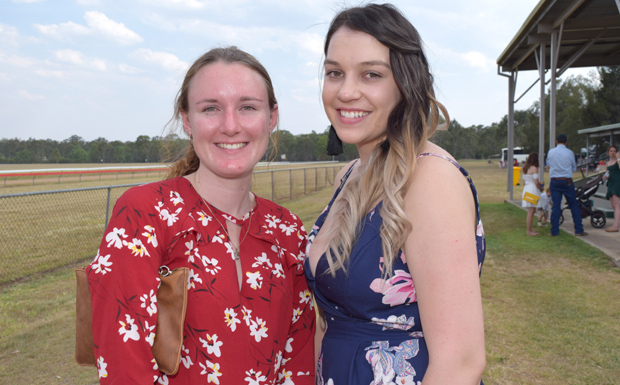 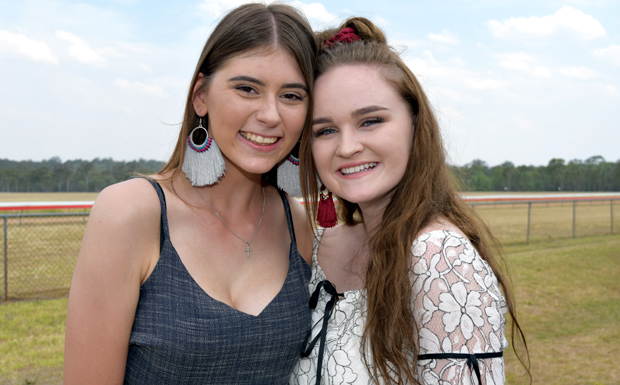 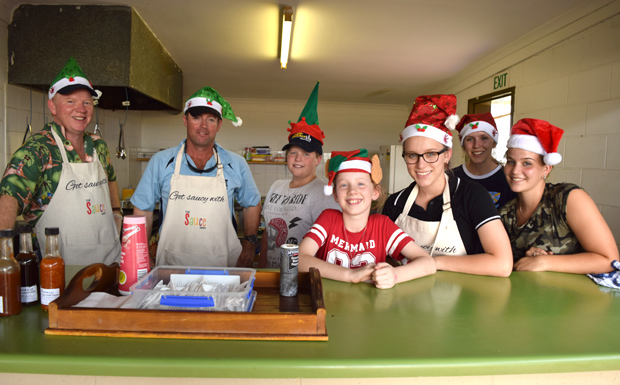 Would you like sauce to go with that, sir? Volunteers Mick Bourke, Justin and Mick Almond, Charlotte Bourke, and Olivia, Alle and Tori Almond were busy all day serving up burgers at the racetrack’s barbecue kitchen 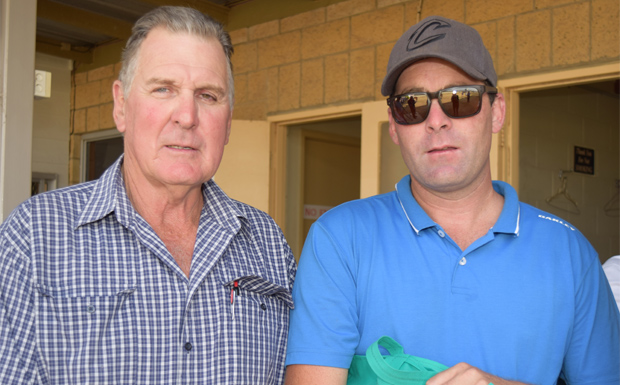 Des McCallum congratulated trainer Glenn Richardson on his horse Schindler, which won this year’s Malcolm McCallum Memorial by a full length over its nearest rival … the McCallum Memorial is another Christmas Race Meeting staple 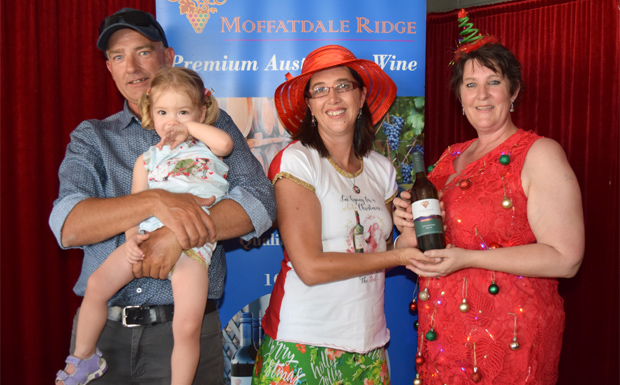 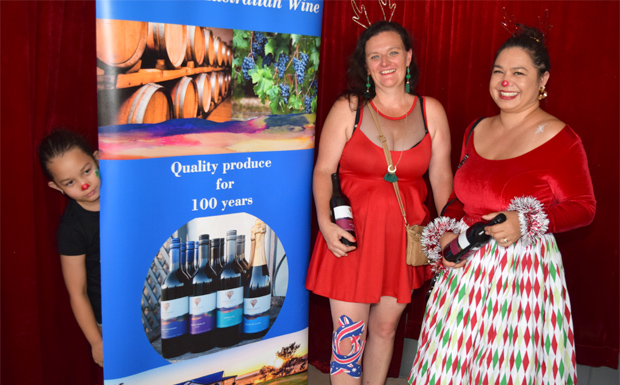 Fashions winners Darhnell Barbeler and Abigail Andersson, from Kingaroy, were observed closely by Abigail’s daughter Tully … the two women preferred their wine to be red! 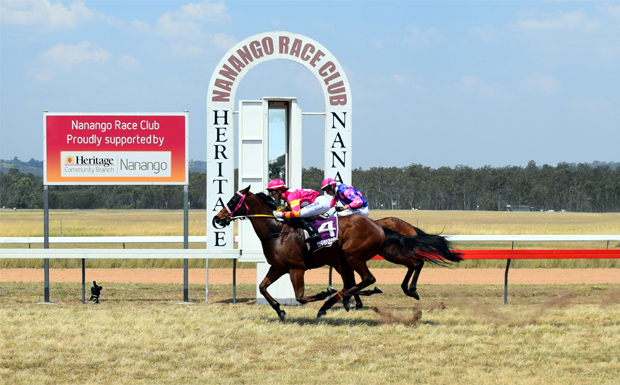 The first race of the day was narrowly won by Karma Force, who crossed the line just a neck ahead of rival Coalbank Caviar … as things turned out, most of the day’s races were very close run matches 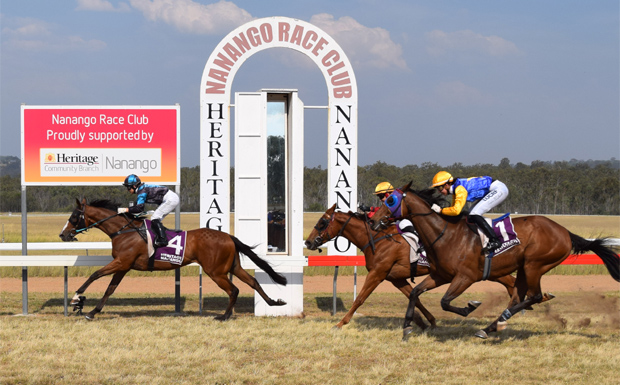 In Race 4, Schindler outclassed its nearest rival by a length at the finishing post in what turned out to be the biggest winning margin of the day 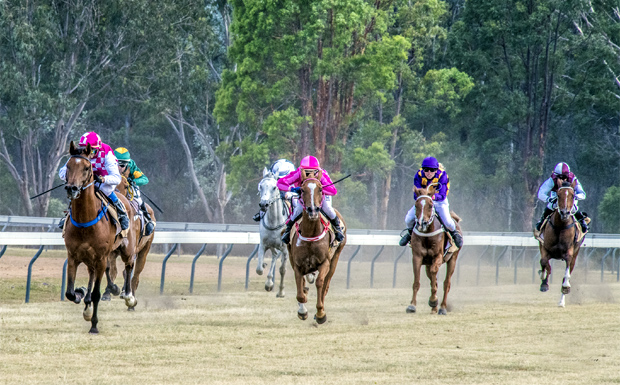 After the day’s last official race, Nanango Race Club staged a bonus extra race for Arabian horses … punters couldn’t bet on it, but it was a lot of fun to watch (Photo: Denise Keelan Photography)