Unwrapping The Gifts At Nanango 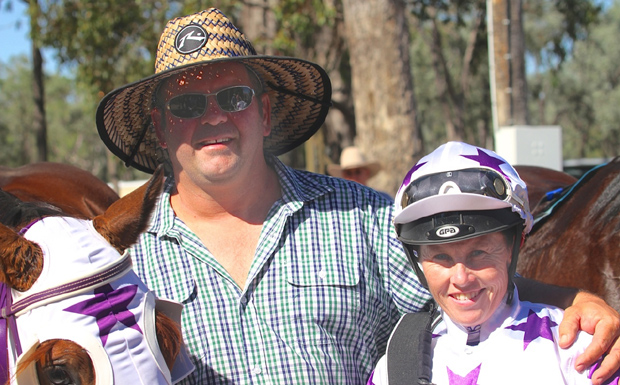 Trainer David Reynolds and jockey Leeanne McCoy hope that Music Scene (left) will be in tune at Nanango on Sunday (Photo: Ross Stanley)

There are two undecided contests in the Burnett To Beach Series to be played out in the Heritage Bank Benchmark (1000m) at Nanango this Sunday, December 2.

Patche Gift, from David Reynolds’ Dalby stable, is in an unbeatable spot as the top galloper and will not be appearing at Lee Park.

Clouds, the main protagonist for the $3,000 prize, is fourth reserve for the $75,000 Country Cups Challenge at Doomben this weekend.

The grey has four rivals in an alternative opportunity in the Open Handicap (1400m) at Thangool on Saturday.

It comes as no surprise to see his trainer Lindsay Anderson bypass the Nanango offering.

Although the Bradbury’s Luck gelding handled short sprints earlier in his career, his recent preparation has been aimed at the metric mile of the rich city event.

Meanwhile, Reynolds, the leader with seven points, and Glenn Richardson, on five, are both in a position to win the trainer’s $5,000 cash bonus.

The former will hoist Leeanne McCoy on to Music Scene and Pietro Romeo into the pigskin on Tapestry Vision.

The latter saddles up Murranji, the I Am Invincible gelding that will have the services of Zoe White.

The odds favour the Darling Downs conditioner in the competition that rewards the points to placegetters on a 3-2-1 basis.

In the Jockeys’s division, English, with a two point advantage over McCoy, will partner Dave’s Valor, a springtime winner for her at Warwick. 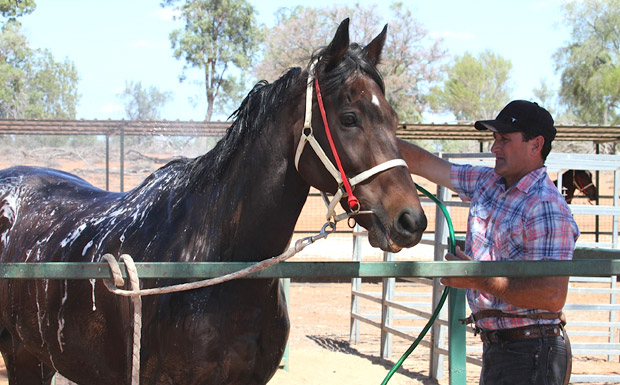 No one would begrudge the success that comes the way of Miles trainer Bevan Johnson – he certainly travels his team around in search of suitable races.

During that period, his string have chalked up seven wins and 13 placings.

Quite remarkably he has qualified Fab’s Cowboy, Blue Jest, Artie’s Shore and Still The Same for the Construction Skills Queensland Country Cups Challenge.

Furthermore, he has three in at Goondiwindi and five acceptors for Nanango.

Johnson has already been victorious in the $100,000 Battle Of The Bush Final earlier this year.

A win in Saturday’s lucrative Final in Brisbane would be an admirable feat.

Considering Kilcoy stages a TAB program on Saturday, officials should be delighted at the field sizes for Lee Park’s Christmas meeting.

Points of interest include:

Best of luck as you set about winning some money to help with the Christmas expenses!