Guests at the awards night were invited to dress with a gardening theme … Thai-lia Currell (butterfly, at rear); with Jenny Wooler (Yarraman and District Community Kindergarten) and Harper Fitzsimons, 4; Alex Fitzsimons, 7; and Amelia Schumacher, 6 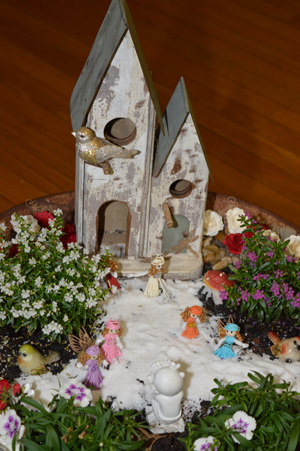 Three-time grand champions Heather and Neville McNalty had a surprise for Yarraman residents who gathered at the Memorial Hall recently to congratulate the winners of the 2018 Colours of Yarraman gardening competition.

Heather and Neville, from ‘The Palms’ near Cooyar, announced this would be their final year in the competition as they were moving to Toowoomba and starting a new garden.

A lot of hard work has gone into their award-winning garden over the years.

“The first plant went in 45 years ago,” Heather said.

She hopes to be carrying on the gardening tradition in Toowoomba.

“A lot of my stuff is going with me!”

As well as plenty of hard work, Heather believes the secret to the couple’s success has been spring water and, of course, manure.

The awards ceremony topped off the Colours of Yarraman week-long community celebration which was organised by the Yarraman Progress Association.

For the second year in a row, rains coincided with the main events planned during the week, which prompted festival organiser Joe Stimpson to joke that he was going to hire himself out next year to local farmers as a drought-breaker.

Competition judge Robert Campbell, from the Toowoomba Regional Council, concurred: “I wish you’d hold Colours of Yarraman all year round because it seems to bring the rain!”

The awards evening included hors d’oeuvres and a buffet dinner prepared by Glenn Keen, from the Farmhouse Coffee Lounge, plus entertainment by the Yarraman P-9 State School band.

As the guests enjoyed dinner and the live music, judges made their final determinations about the entries in the mini-garden, basket of vegies and bouquet competitions.

Entries in these competitions filled the Memorial Hall, making a colourful display for visitors to peruse.

Anne Woodrow, from sponsors Bendigo Bank, congratulated all the entrants in the gardening competition, especially for their resilience after a year of “trying weather conditions”.

“I thought they’d be suffering much more than they were,” he said.

He said while judging the entries he had looked for healthy and vigorous plants, the absence of pests and diseases, the garden design and use of space, the range of plants, good maintenance, “water wise” practices, and the “wow factor”. 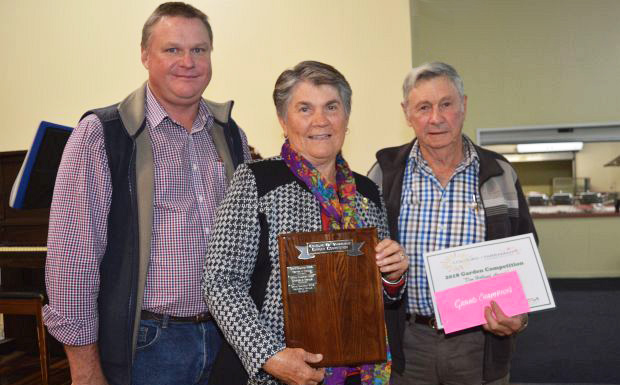 Jazz On The Platform Winners 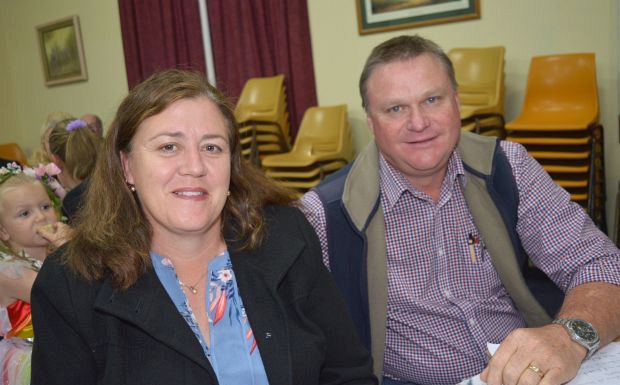 Kym and Rob Campbell, from Toowoomba Regional Council, judged the mini-garden and floral competitions; Rob also joined with Bronwyn Holland, from the TRC, to judge the main gardening competition 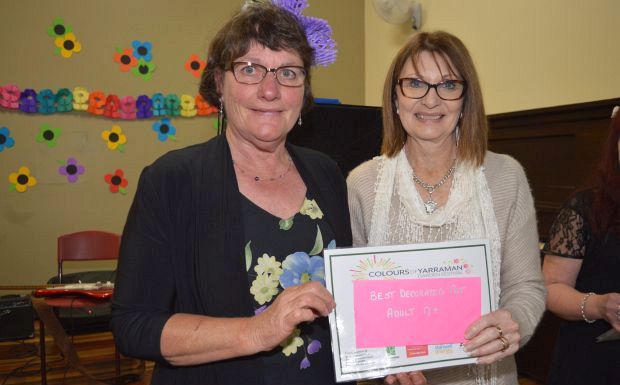 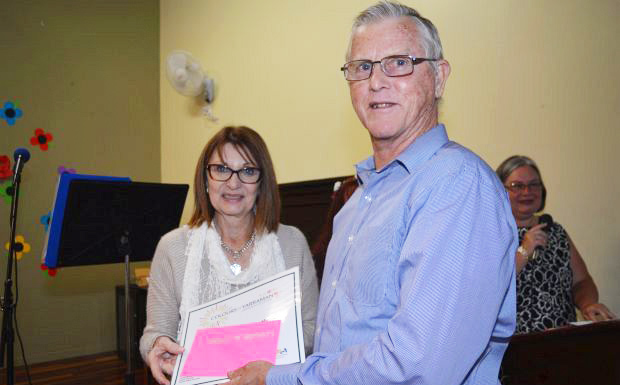 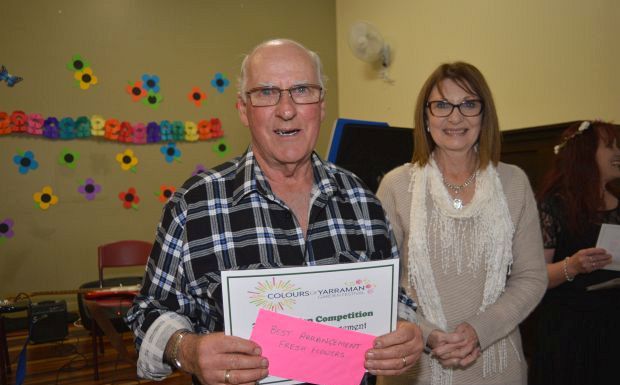 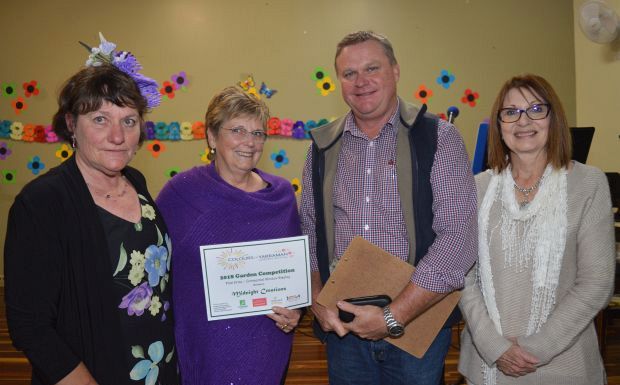 Kay Ezzy and Judy Lax, from Midnight Creations, received the prize for the Best Commercial Window Display … they were presented with the award by judge Robert Campbell and Anne Woodrow 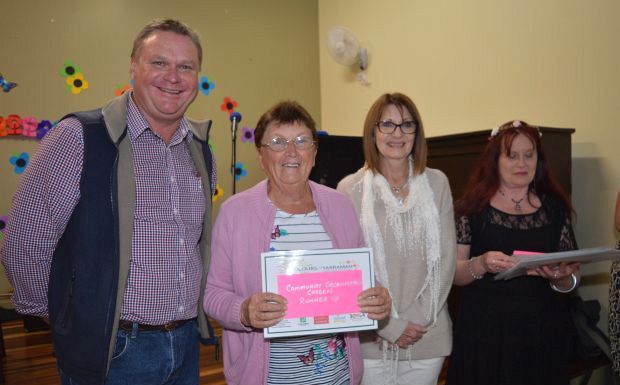 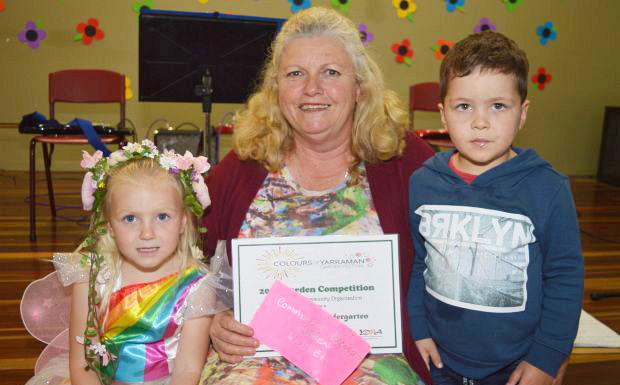 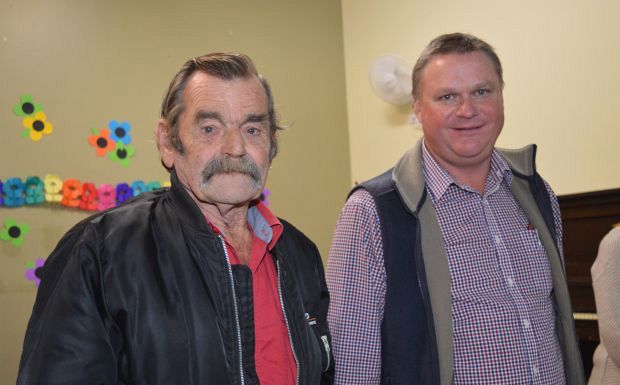 Joe Luttgens was presented with the prize for Best Vegetable Garden from judge Rob Campbell … Rob was impressed with the covers that Joe used to protect his crops, made out of old trampolines 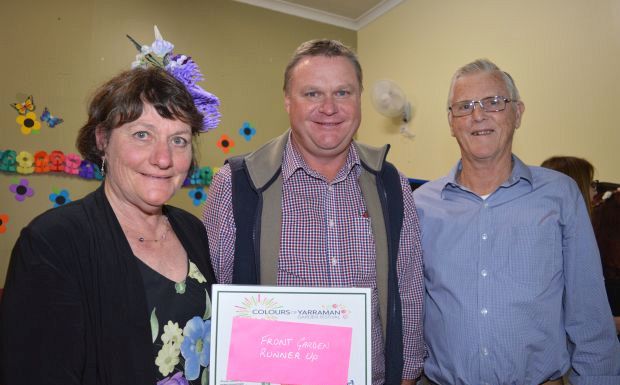 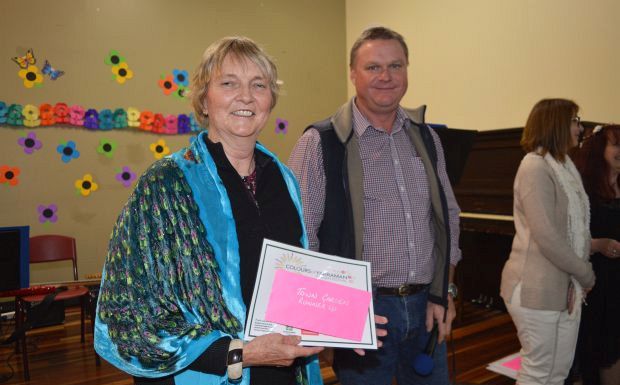 Kay Lancaster was runner-up in the Town Garden category 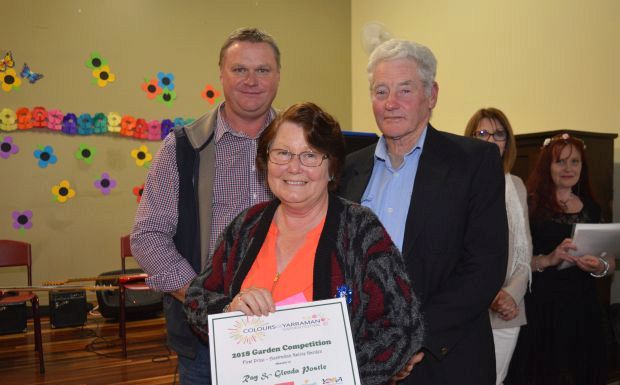 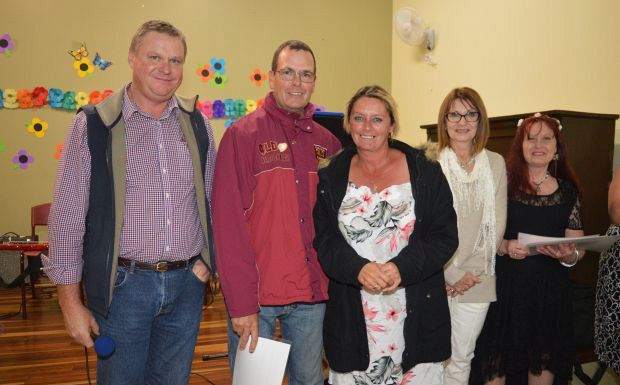 Some of the entries in the Mini-Garden, Vegies and Bouquet competitions: 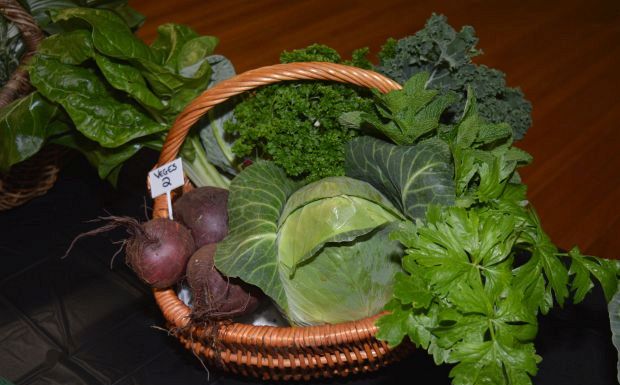 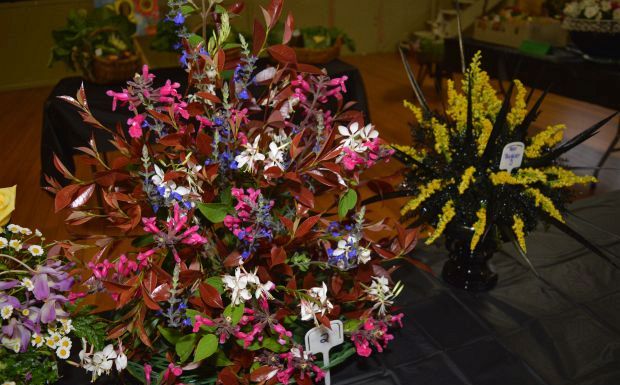 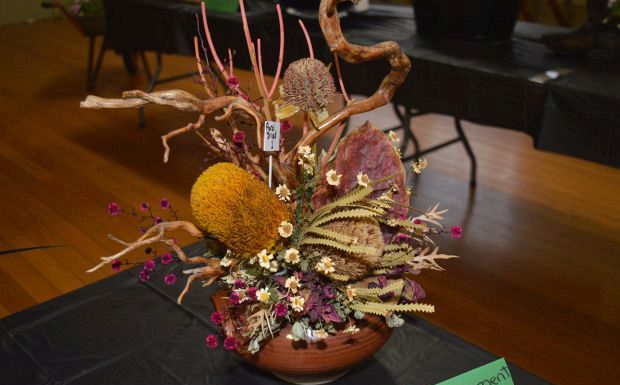