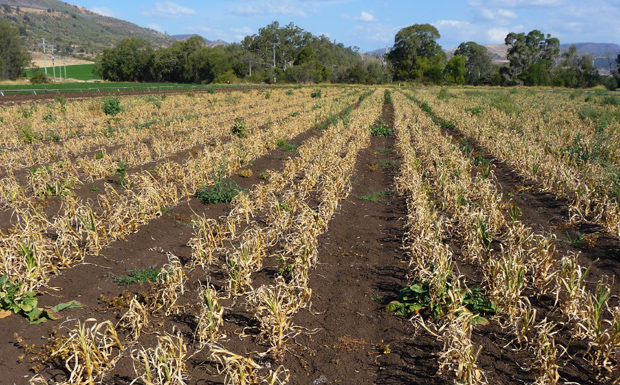 The crops were destroyed by the herbicide and the soil contaminated (Photo: QPS)

Detectives are investigating the deliberate sabotage of a Lockyer Valley crop which could have cost the owners more than $1 million in losses.

The organic potato and garlic crop was growing in the Mt Sylvia area.

It is alleged an unknown person introduced a quantity of herbicide into the irrigation system on the farm in August last year.

The crops were not only destroyed, but the soil also became contaminated.

Police said the victim had valued the damage at more than $750,000, with ongoing losses expected to exceed $1 million.

They believe this to be an isolated incident and said no contaminated produce left the location.

There is no threat to the public as a result of the offence.

Detectives from the Major and Organised Crime Squad (Rural) and Forensic officers removed samples from the property for testing.

Police have also spoken to witnesses and neighbours in the area and are also reviewing CCTV camera footage from the location.

They are calling for members of the public who may have any information about this incident to come forward and speak to police. 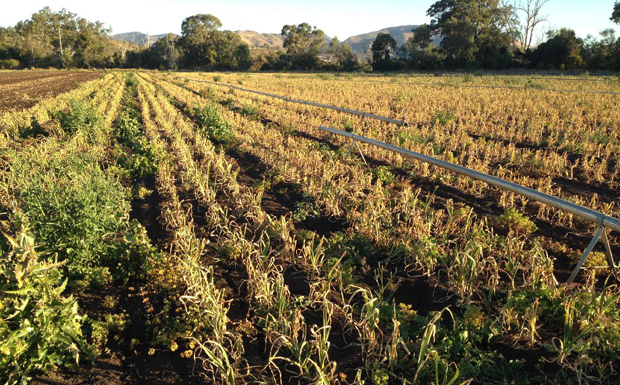 Herbicide was added to irrigation equipment on the property (Photo: QPS)