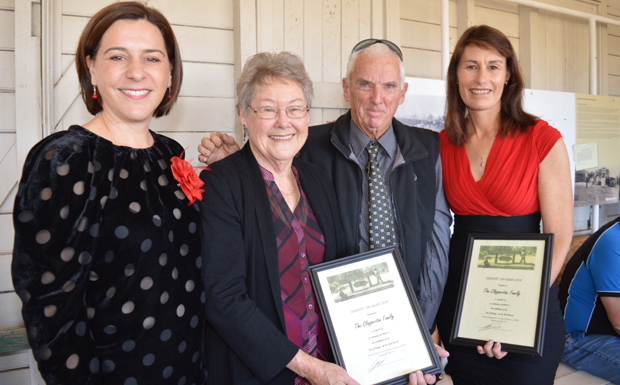 Nanango’s pioneer heritage was celebrated alongside the excitement of the first South Burnett meeting of the new racing year on Saturday.

As the crowds started to pour into the course ahead of Race 1, a small group of NaTDA members and race club stalwarts gathered in the old Railway Station building at the rear of the course to enjoy morning tea and toast the Clappertons, one of the earliest European families in the South Burnett.

“It is something to do to honour people who often don’t get thought about,” he said.

Tarong Station was opened by John Borthwick in 1846. George Clapperton, who worked at Tarong, bought the property off him in 1857. At the time of his death in 1875, Clapperton owned Tarong, Barambah and Nanango stations.

He was also intimately involved with the local racing industry, and two of his horses won at the first Nanango Race Club meeting held in 1859.

Descendants of George still live in the Nanango area and were presented with commemorative certificates and a copy of the booklet “Racing In The Brisbane Valley” on Saturday by Member for Nanango Deb Frecklington.

The annual Nanango Cup meeting is always a big day, but this year’s event was bigger than usual with seven races on the card.

The Nanango Race Club received 25 nominations for Race 3, so an extra race was added to the schedule.

As it was the first race of the season, a “Blessing of the Jockeys” ceremony was held in the mounting yard before Race 1.

Anglican minister Fr Robert Chippendale, from St Anne’s in Nanango, conducted the ceremony, praying for safety for both jockeys and horses.

The only hiccup on the day was at the start of Race 2 when Miss Shaniel reared in the barrier and struck Wine Time Anytime. Both horses were late scratchings on veterinary advice.

The fashion theme for the Cup meeting was “Basic Black With A Splash”, which many of the fashionistas present interpreted as black and red.

There was one sad note on the day.

Race 5, which was sponsored by Mrs Frecklington, was named in honour of the late John Lee, who died in May aged 87.

John was involved with Nanango Race Club for 46 years and was its President for 39. The club now plans to hold the J.A. Lee Memorial race in his honour every year.

It was very fitting the inaugural J.A. Lee Memorial was won by a Nanango apprentice, Hannah Phillips (who picked up two wins and two seconds on the day).

The highlight of the meeting was Race 6, the Nanango Cup, which was won by top-weight and favourite Dutch Treat, owned and trained by Trevor White at Deagon and ridden by Matthew Gray.

The Cup was sponsored by Nanango’s Fitzroy Hotel, with XXXX bringing along a party of 36 to enjoy the race day. 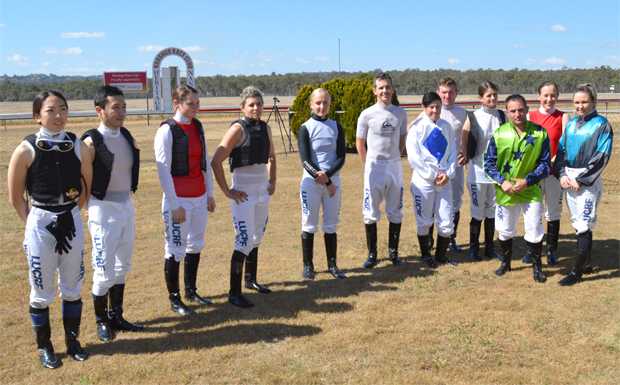 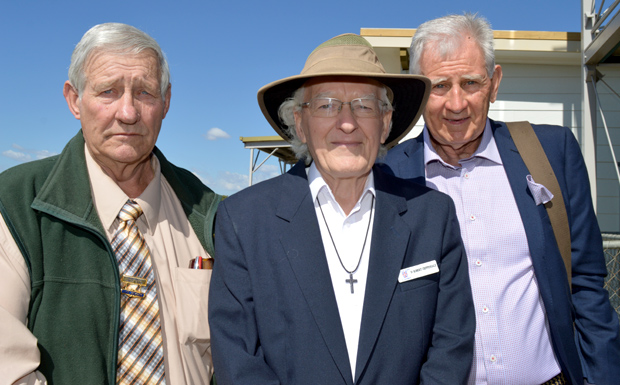 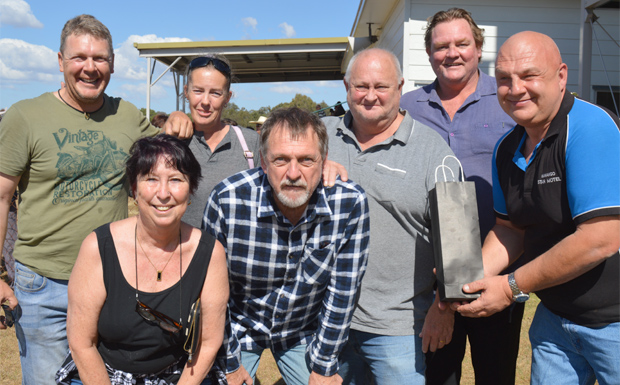 Andrew Beck, from Nanango’s Star Motel, right, congratulates Fred Dutton, third from right, the head of “the Hooligans” syndicate which took out Race 1 with “The Hooligan”, trained in Gatton 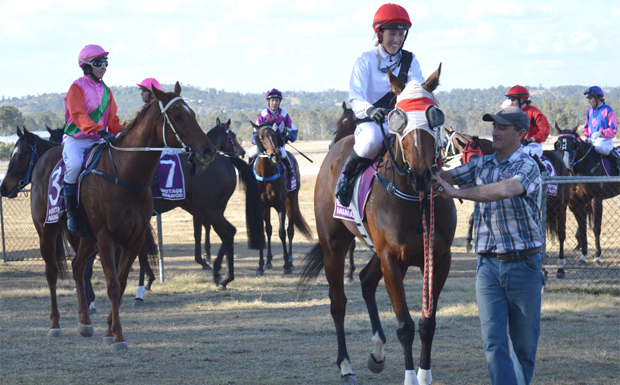 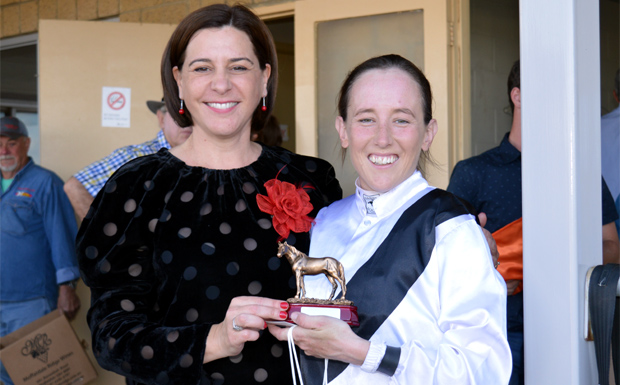 Deb Frecklington congratulates Nanango jockey Hannah Phillips after her win in Race 5 … Hannah had a big day at Nanango, notching up two wins and two seconds 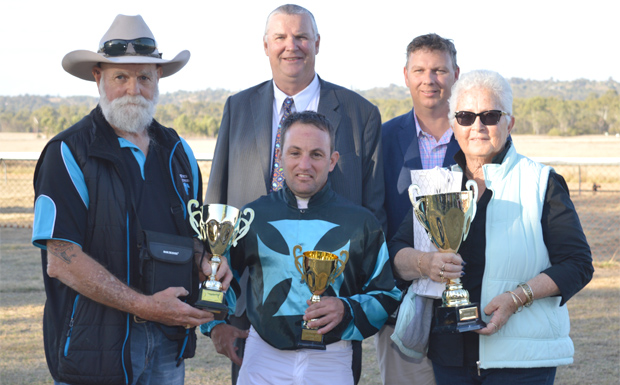 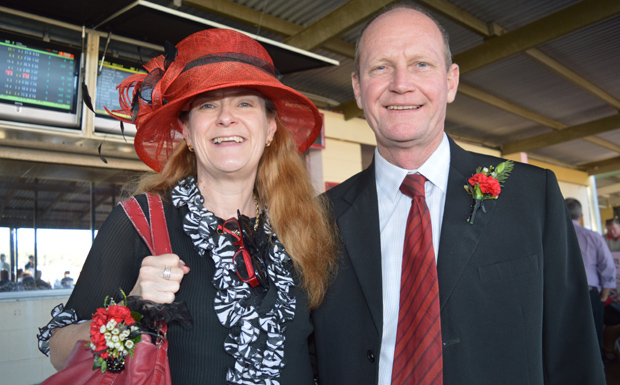 Fashion of the Field couple winners Sandra Deane, from Brisbane, and Mark Wyllie, from Nanango 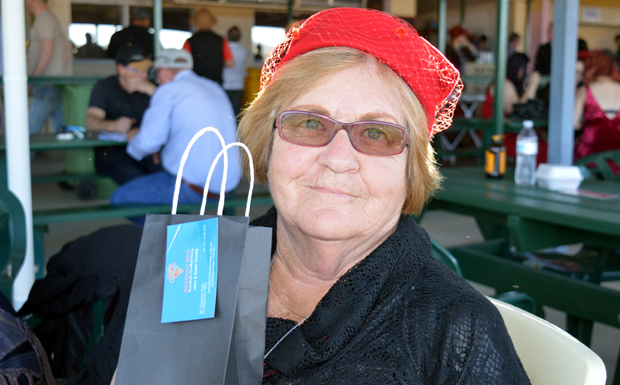 Carol Gray, from Nanango, with her bottle of wine from Moffatdale Ridge for winning a “spot” fashion prize 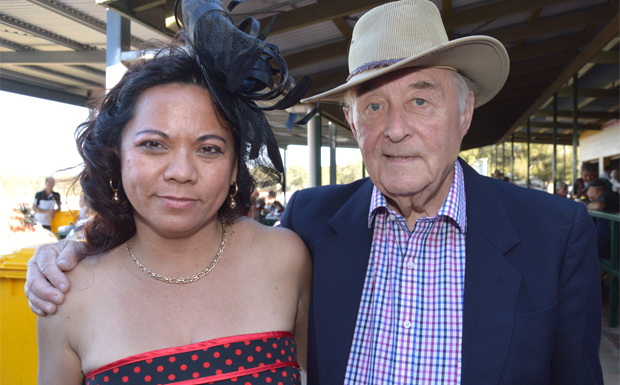 Melody and John Stacey, from Nanango, won one of the “spot” Fashion of the Field prizes 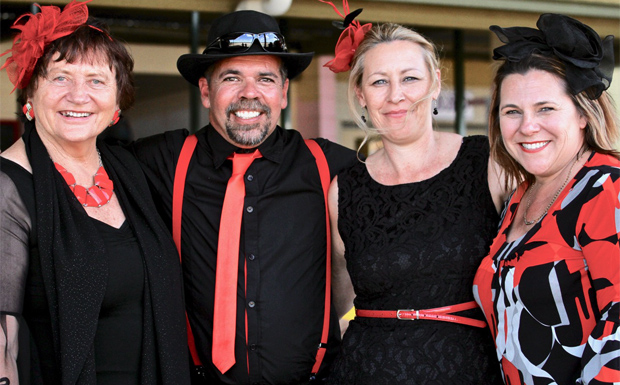 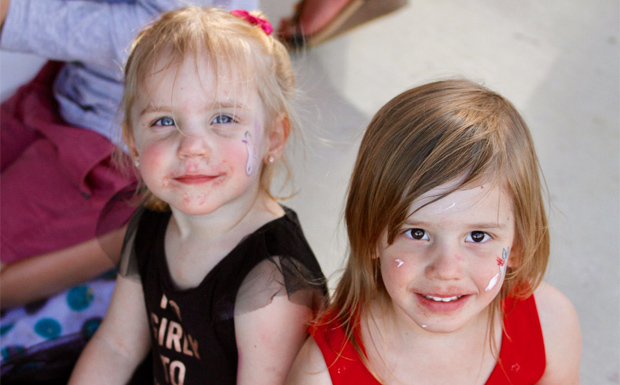 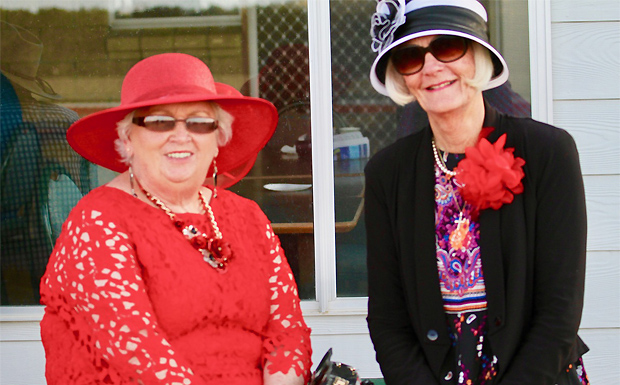 May O’Brien (Kingaroy) and Liz Caffery (Nanango) chatted outside the race track’s lunch room as they waited for this year’s Nanango Cup contenders to go to the barrier (Photo: Ross Stanley) 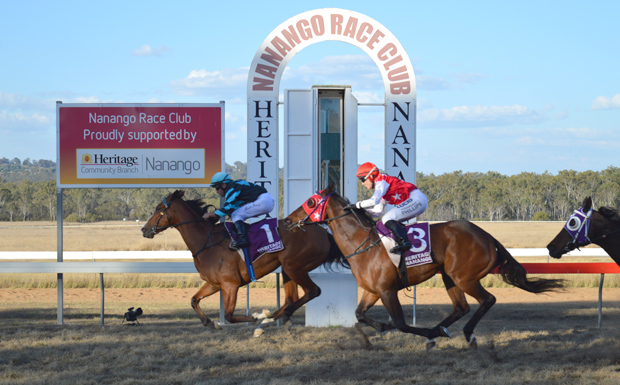 Dutch Treat (Matthew Gray) beat Mendelssohn (Hannah Phillips) across the line by half a length in Race 6, the XXXX Fitzroy Hotel Nanango Cup 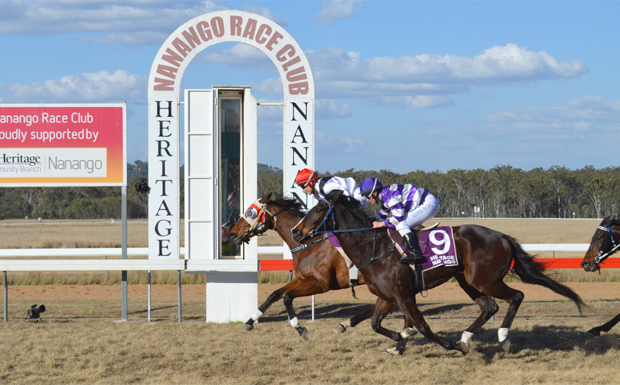