Warwick Bites Back Against Saints 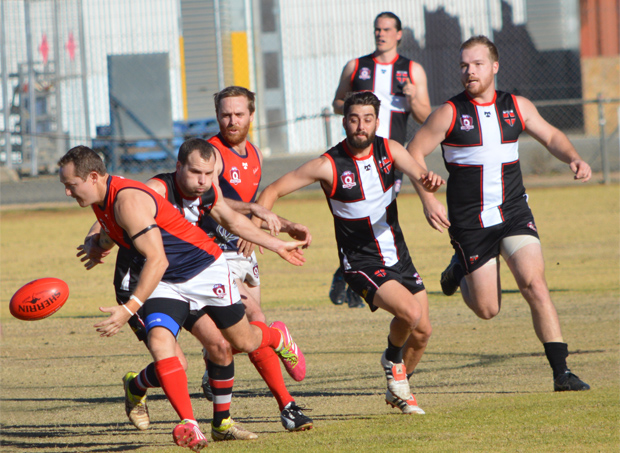 The Saints were too good for the Redbacks last month, but the tables were overturned at the weekend in Warwick

The tables were turned in AFL games at the weekend, with the South Burnett Saints’ women’s team chalking up a rare win, while the men’s side suffered a rare loss.

The Saints’ men travelled to Warwick with a diminished squad to take on a Redbacks side eager to leapfrog them in the competition.

The Redbacks were also keen to avenge their June match-up in Kingaroy where the Saints demolished them by 10 goals.

The loss knocked the Saints down from third spot on the ladder to sixth.

They are now locked on 24 points with Goondiwindi, Coolaroo and Warwick, with a large gap to competition leaders USQ Cougars (36 points) and South Toowoomba (32 points).

The Saints’ next game will be at home at Lyle Vidler Oval against the Toowoomba Tigers next Saturday.

The Saints’ women will also be in action in Kingaroy this Saturday, against the Toowoomba Tigers.