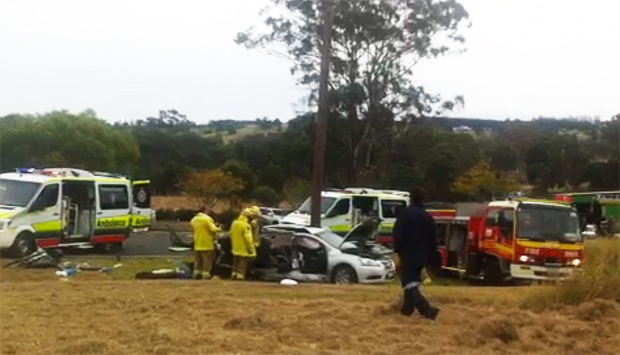 A Blackbutt woman was seriously injured in this crash on the D'Aguilar Highway last year
(Photo: RACQ LifeFlight)

A speeding, drunk driver who caused a serious collision on the D’Aguilar Highway at Yarraman last year has been sentenced to three and a half years’ jail.

However, Bryce Holmes, 25, will serve just 14 months in prison as the rest of his sentence has been suspended for four years.

Holmes was also disqualified from driving for 30 months when he appeared in Maroochydore Magistrates Court on Wednesday.

A Blackbutt woman was flown to a Brisbane Hospital with multiple serious injuries after the Sunday morning crash, which occurred on June 12, 2016.

Police alleged Holmes was driving a dual-cab 4WD at more than 100km/h in a 60km/h zone when the woman attempted to turn on to the highway from Emmert Street in a Nissan sedan.

A blood test showed Holmes had a blood alcohol reading of 0.236 at the time.

His 4WD rammed the Nissan, trapping the woman, aged in her 60s, unconscious in the wreckage.

The crash also blocked the D’Aguilar Highway for several hours.

The woman was flown by the RACQ LifeFlight helicopter to a Brisbane Hospital where she was placed in an induced coma before spending about six weeks in intensive care.

She suffered injuries to her face, collarbone and pelvis and required extensive surgery. 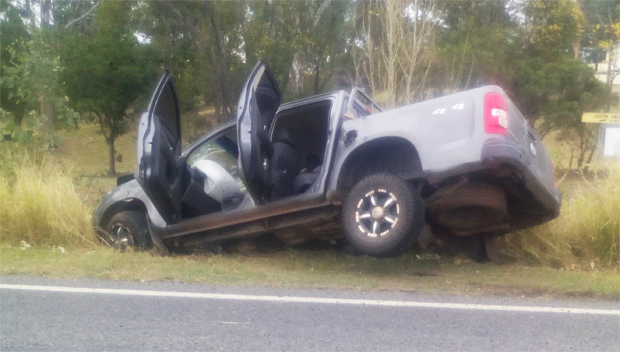 The Holden Colorado 4x4 ended up in a ditch on the side of the highway (Photo: Claytons Towing)