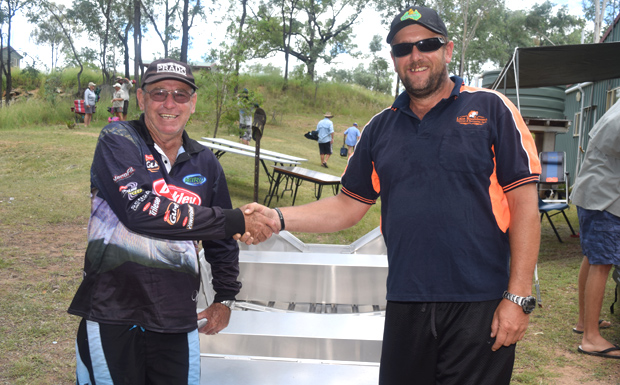 Ken Osborne, left, was glad he came from Gayndah for this year's Yellowbelly; he won a 3.6m Bluefin tinny in the prize draw courtesy of Lake Boondooma Tourist Park operator Corey Goldie, right 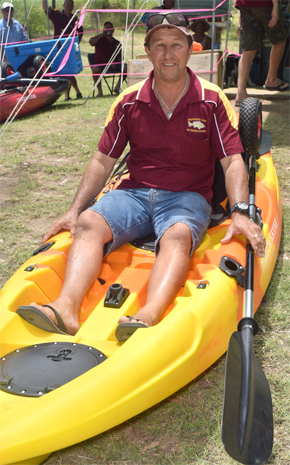 Boondooma Dam was awash with visitors over the weekend for the 27th annual Boondooma Dam Yellowbelly Fishing Competition.

Keen competitors came from all over south-east Queensland and as far afield as Roma, Singleton in NSW and the ACT to test their fishing skills.

This year – for the first time in several years – the competition was expanded to include a Catch and Release section.

But the traditional dead weight catch competition for Jewfish, Bass and Yellowbelly continued as usual in both Senior and Junior divisions.

This year’s competition attracted a total of 649 entrants – 526 in the senior division and 123 juniors.

They were competing for a prize pool of $25,000 donated by generous sponsors, including three major prizes of a 3.6m Bluefin tinny donated by the Lake Boondooma Caravan and Recreational Park and two Dragon kayaks.

Weather conditions over the weekend were nearly perfect, organisers said, but fishing conditions were a trifle tougher than last year.

Rainfall the week before boosted dam levels by about 4 per cent and washed a lot of nutrients downstream, which took the edge off the some fish appetites.

As a result, catch numbers and weights were down a little bit on last year with the winning 2015 Yellowbelly – a 2.755kg specimen caught by Darryl Rutch from Mooloolaba – a little bit down on last year’s 3.095kg winner.

As was the case last year, most weigh-ins occurred on Saturday.

But there was still a healthy queue at Sunday morning’s final weigh-in which was followed by the announcement of winners and the prize-giving.

One of the three major prizes, a Dragon kayak, was won by Fish Stock Association president Glenn Munro.

He immediately donated the prize to the Wondai State School to assist with their fundraising drive to replace the school library, which was destroyed by fire during the Christmas break.

“Their need is more important than ours,” Glenn told the audience.

Later, Glenn also won another smaller prize in the draws, which he also donated to the school.

The competition is the Boondooma Dam Fish Stocking and Management Association’s major annual fundraiser and is one of the largest dam fishing competitions in Queensland.

The group uses the proceeds to restock the dam with fingerlings to ensure good fishing at the dam all year round. 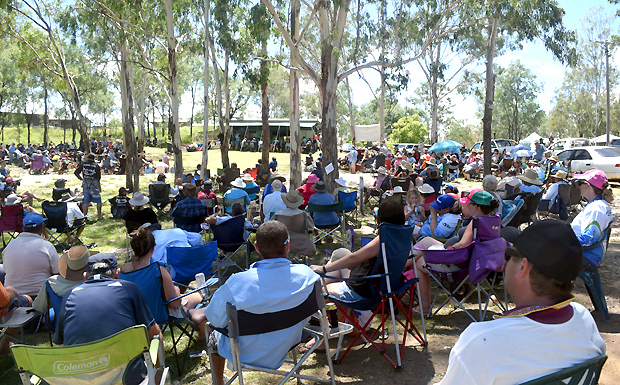 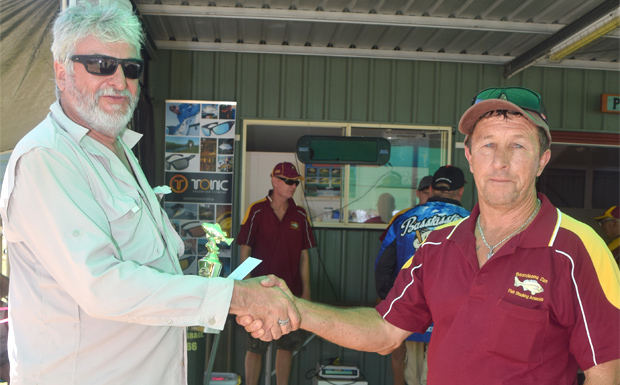 Stefan Paskevicius, from Albany Creek, won the biggest Yellowbelly catch and release (520mm) and donated half his prize back to the dam's Fish Stocking Association to say "thank you!" for a great weekend 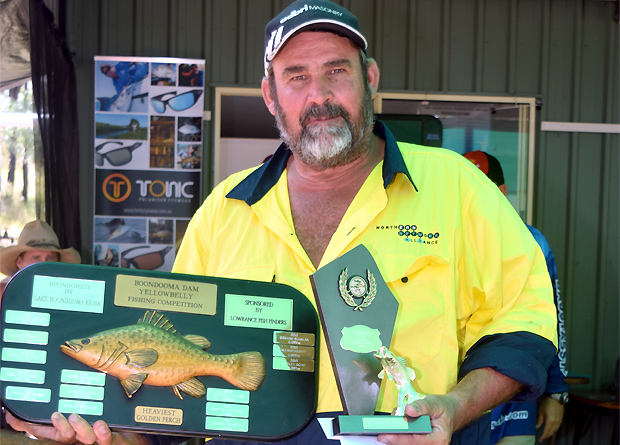 Darryl Rutch travelled to Boondooma Dam from Mooloolaba to take out the senior Yellowbelly dead weight trophy with a 2.755kg catch 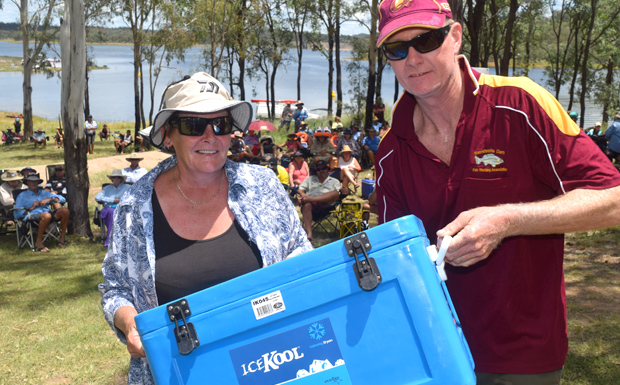 In addition to the major trophies, there were prizes galore up for grabs thanks to the competition's generous sponsors ... Jan Rankin was delighted to win an IceKool esky ... 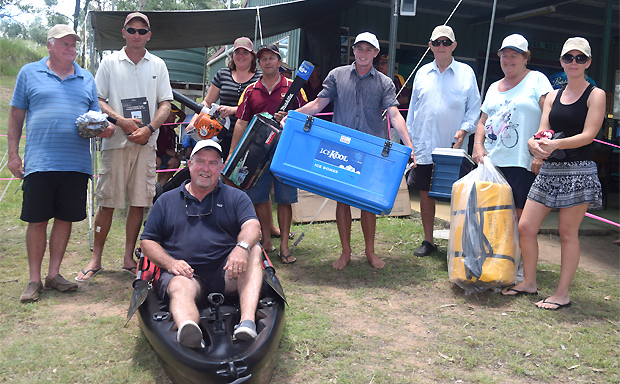 ... and the prizes didn't stop there ... more winners showed off their prizes soon afterwards, including Murray Smith, from Kingaroy, front, who won a kayak