Always Was, Always Will Be …

It has been a more than two decades-long struggle for recognition but on Tuesday the Federal Court of Australia recognised the Wakka Wakka People as Native Title Holders over approximately 1178 sq km of land and waters within their traditional country.

The Federal Court convened in a crowded marquee on Jack O’Chin Oval in Cherbourg.

Wakka Wakka people from across Queensland gathered to hear Justice Darryl Rangiah hand down judgments recognising the Wakka Wakka People as Native Title Holders over parcels of land spanning from the north-eastern half of the Bunya Mountains National Park to near Paradise Dam.

The Court heard that Wakka Wakka People had maintained an unwavering connection to country and culture despite a traumatic history.

The history of European incursions into Wakka Wakka country from 1843 onwards were detailed to the Court by Queensland solicitor Craig Reiach, for Queensland South Native Title Services, representing the applicants.

Hundreds of Aboriginal people from all over Queensland were forcibly removed from their traditional country and interned at Barambah Mission, later renamed Cherbourg.

Mr Reiach  spoke of the “institutional cruelty” fostered by the State and the effects on Wakka Wakka People of 180 years of dispossession of their lands.

Handing down his decisions, Justice Rangiah said the court was not “giving” anything to Wakka Wakka People.

“The court is simply recognising what the Wakka Wakka People have always known, that this has always been Wakka Wakka land,” the judge said.

Justice Rangiah said it was a great pity so many people who had lived through the dark days at Cherbourg were not around to see the judgment.

“It is a day to remember your ancestors and the old people who did not live to see this day,” he said.

The judge, who toured The Ration Shed ahead of the sittings, said the history documented in the museum had reminded him of the apartheid regime in South Africa.

“It is a tribute to the culture, to the strength and vitality of the Wakka Wakka people that you continue the same traditions on the same land as those of your ancestors from 50,000 or 60,000 years ago,” he said.

Original applicants to the Native Title claims, who had not lived long enough to see the outcome, were recalled with sadness by many of the speakers after the Court closed.

Wakka Wakka Traditional Owner Aunty Patti Bond said it had been a long journey for recognition, through times that had been hard and harsh.

However, Wakka Wakka families had enjoyed each other’s company and continued to go fishing and hunting and learning traditional ways, despite being forbidden to speak their language.

PBC director Aunty Yuna Chapman, from Eidsvold, said the judgment had come about through Wakka Wakka people “staying the course and telling the truth” however there was still more to be done.

“We need to acknowledge that this moment is a shining light in what is a deep, dark, history of dispossession of Aboriginal and Torres Strait Islander people in this State,’’ Mr Crawford said.

“Every move we make to right the wrongs of the past, such as acknowledging the native title rights of traditional owners, we take a positive step on the path to truth-telling, healing and true reconciliation.”

“It gives me great pleasure to acknowledge the Wakka Wakka People as the traditional, and now, legally recognised Native Titleholders,” he said.

“Council looks forward to working closely together to build stronger connections into the future,” he said.

Wakka Wakka People now have exclusive Native Title rights and interests over approximately 97 per cent of the Cherbourg Aboriginal Shire Council area plus numerous parcels of land throughout the boundary area.

Part B of Wakka Wakka People #4, which covers portions of the Central and North Burnett, is still under negotiation. 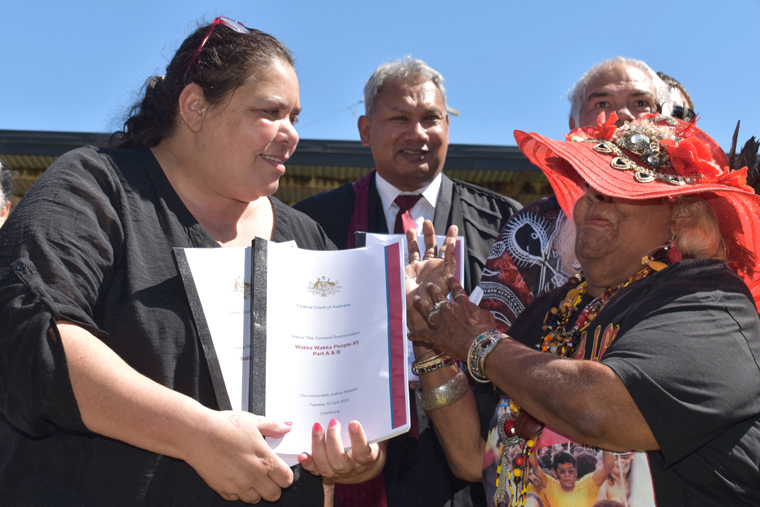 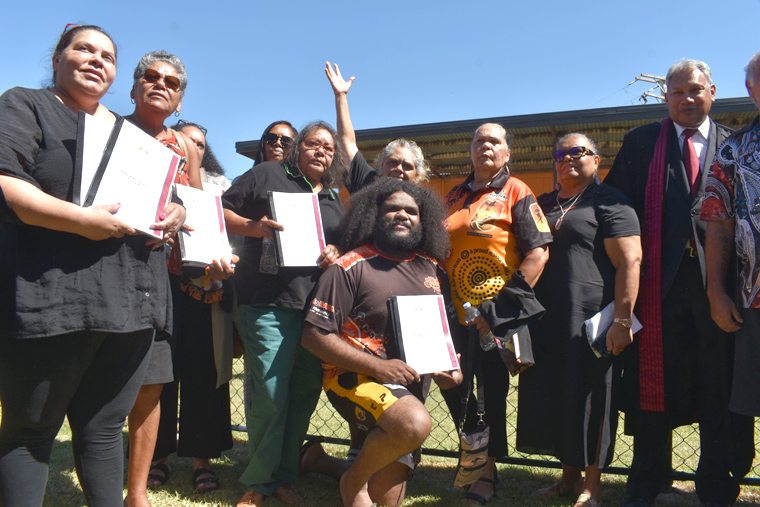 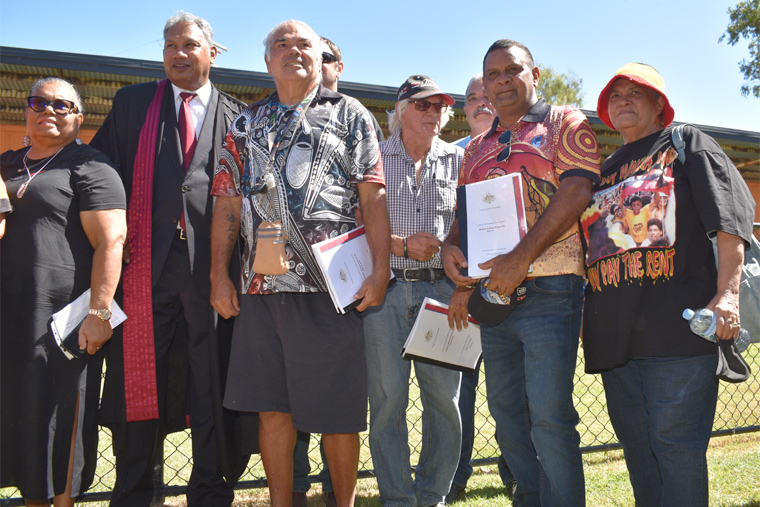 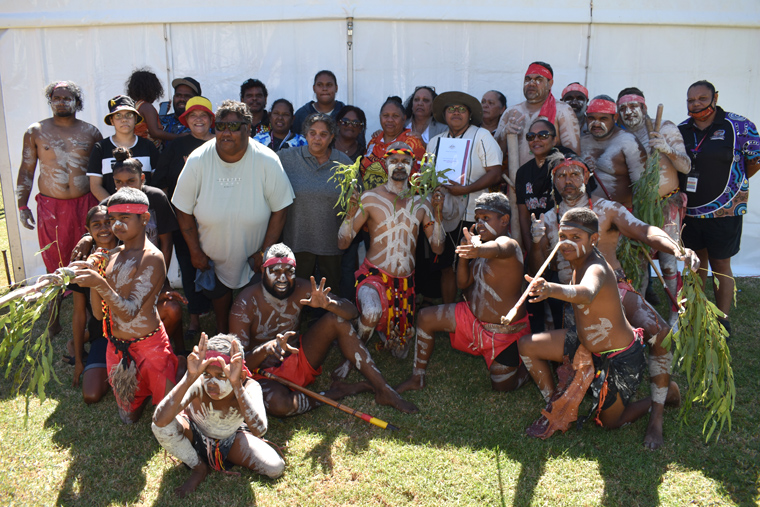 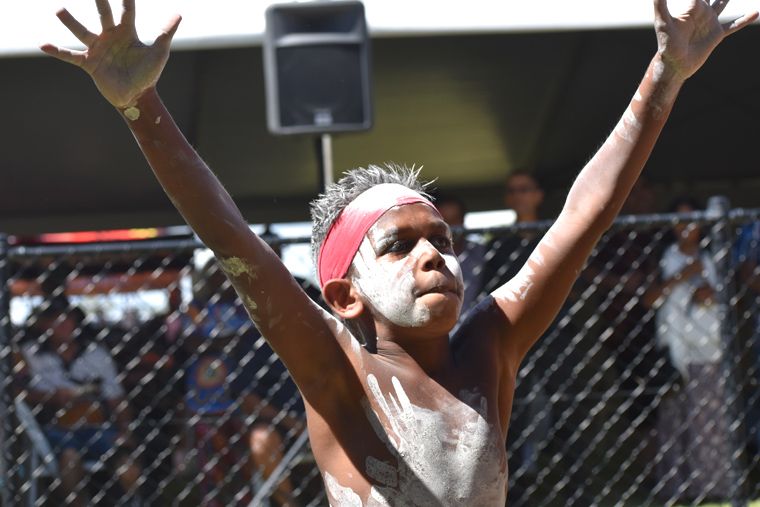 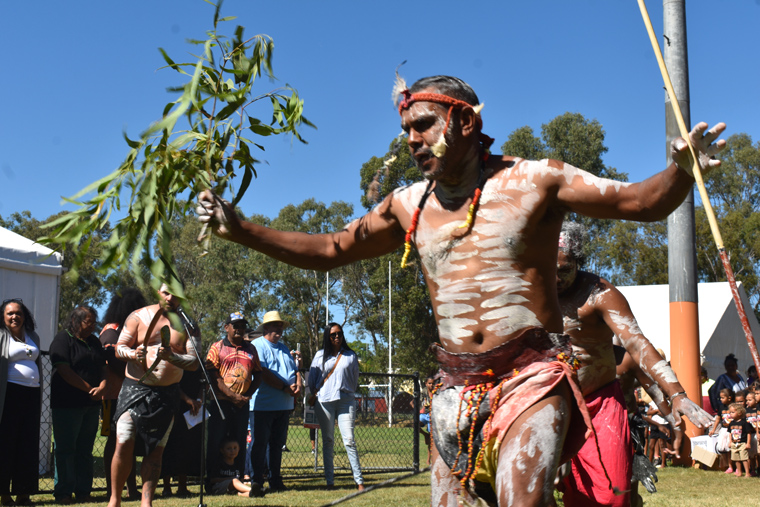 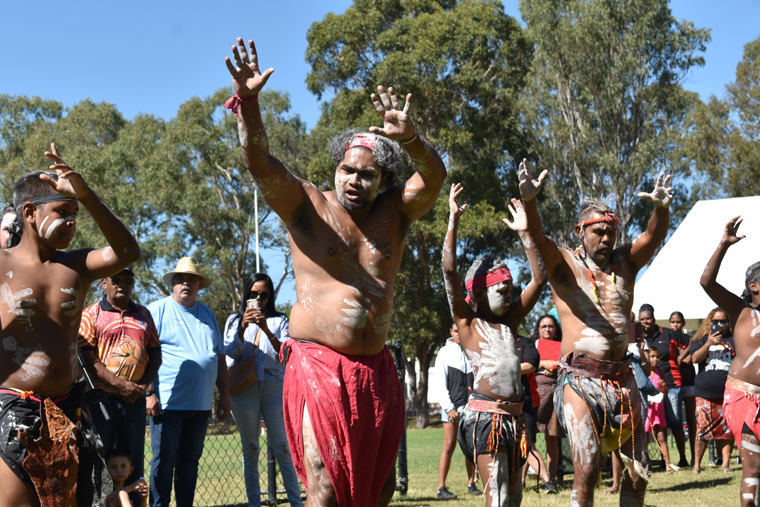 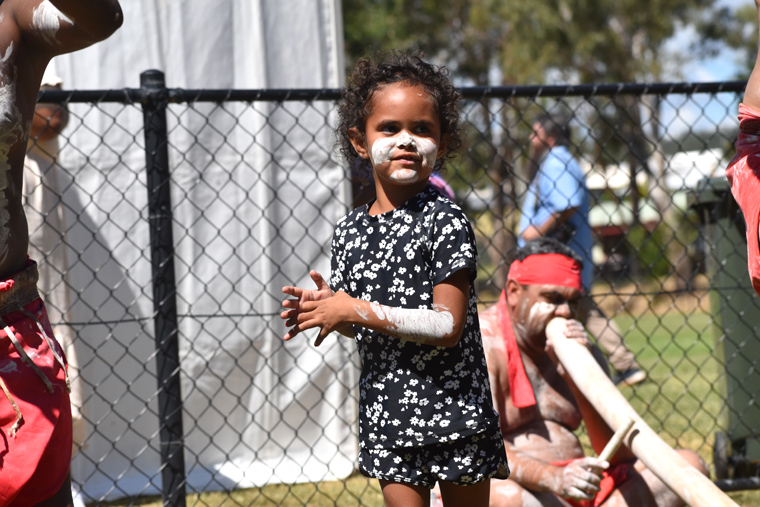 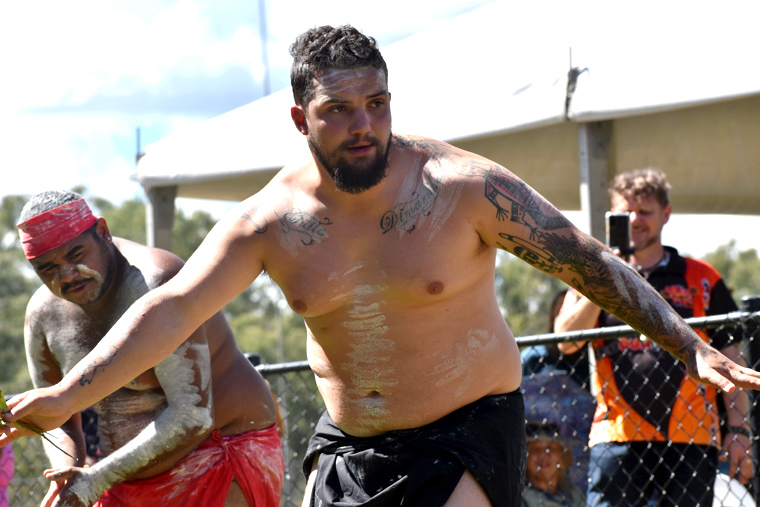 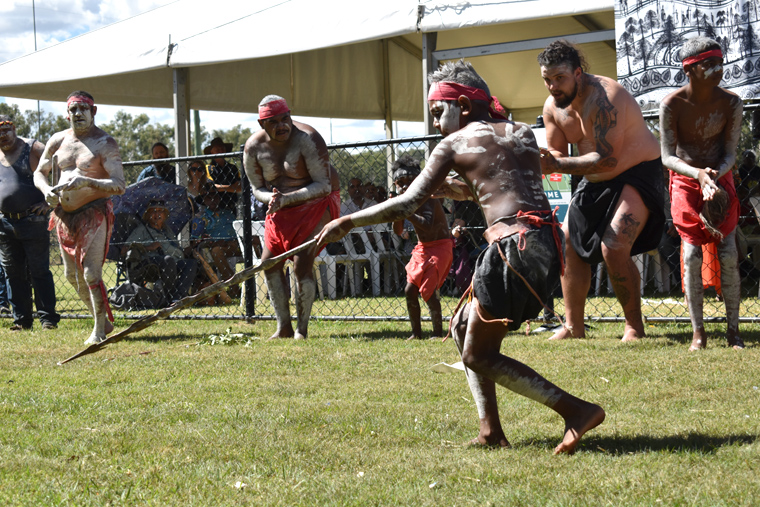 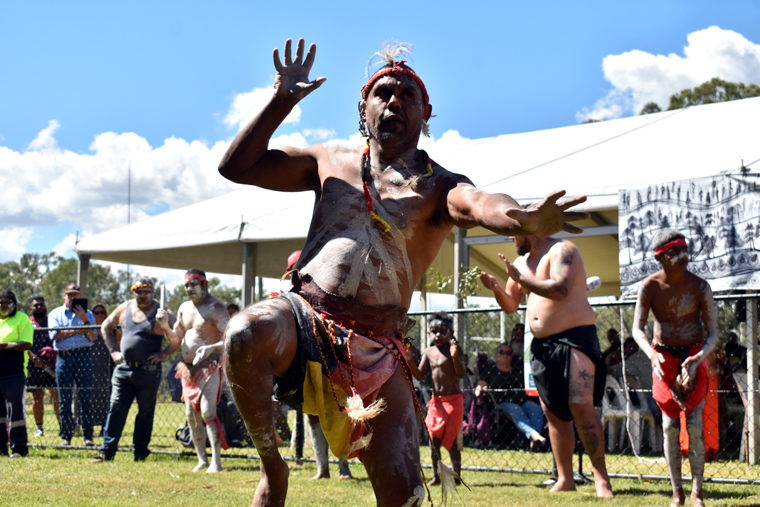 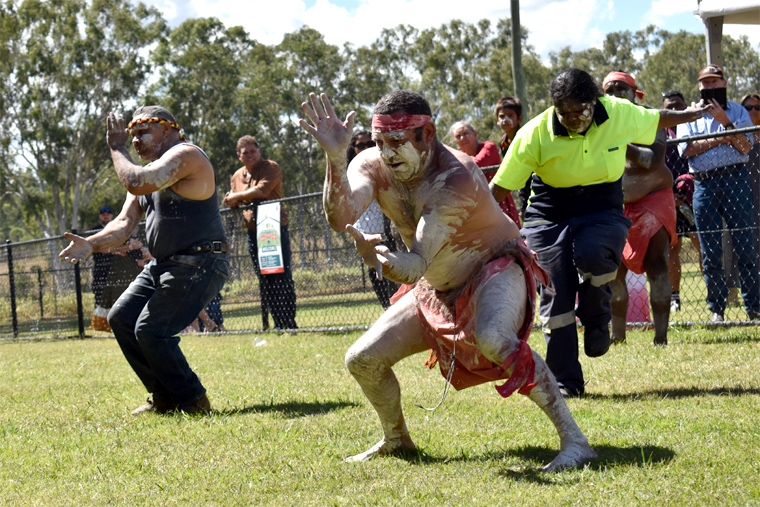 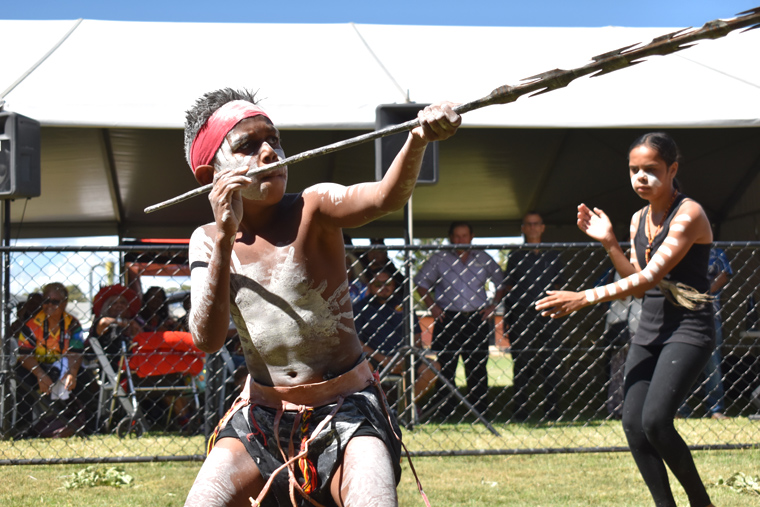 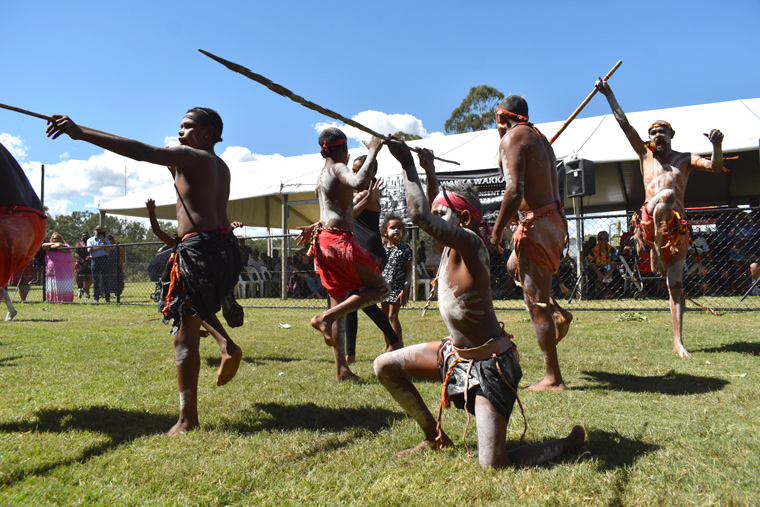 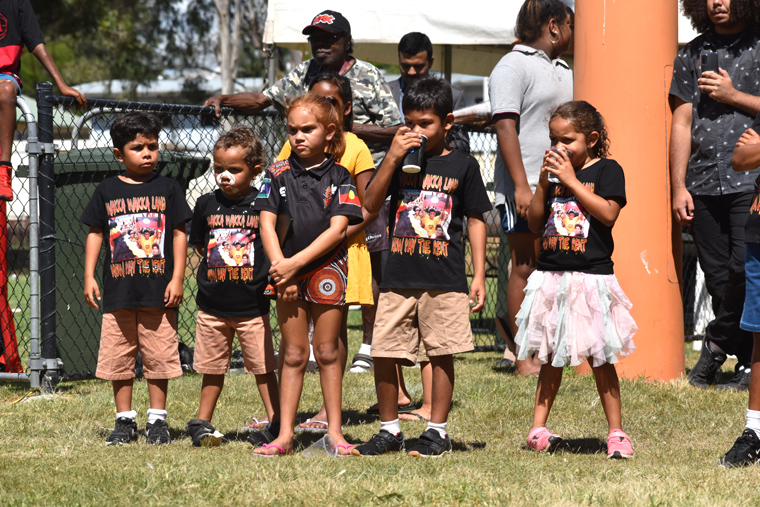 Raw video of the crowd’s reaction after the Native Title judgments were handed down:

Footnote: Native title cannot be claimed in areas where it has been extinguished, such as privately owned land (residential freehold and privately owned freehold farms), residential, commercial or community purpose leases, public work areas such as schools, roads or hospitals; and pastoral or agricultural leases that grant exclusive possession.

Native title can be claimed on vacant Crown land which is unoccupied or unallocated; some State Forests, National Parks and public reserves; inland waters;  some leases, such as non-exclusive pastoral and agricultural leases; and some land held for Aboriginal people. It can only be claimed in areas where it has not been extinguished.

There has been a long history of native title claims in the South and North Burnett areas, dating back to 1997. Four previous claims on behalf of various groups have either been discontinued, dismissed or struck out.

2 Responses to "Always Was, Always Will Be …"