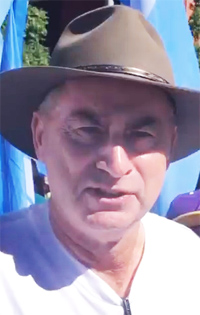 Union members have voted to lift work bans in place in 196 Catholic schools across Queensland – including two in the South Burnett.

The vote, taken on Monday and Tuesday, suspended work bans imposed as part of protected industrial action during a prolonged enterprise bargaining dispute.

The Independent Education Union of Australia – Queensland and Northern Territory (IEUA-QNT) said on Wednesday the decision would “prevent chaos in classrooms across the State”.

“In the face of the threats and intimidation by their employer, our members have put their schools and students first and suspended the action,” IEUA-QNT Branch Secretary Terry Burke said.

“It should never be forgotten by school staff or parents of students in Queensland Catholic schools that the employers resorted to this kind of behaviour.

“The Catholic Church has a long history of commentary and advocacy on the dignity of the worker. These teachings support the rights of workers to withdraw their labour.

“The employers betrayed not only their workers, but also the very values of the Catholic Church by seeking to intimidate and penalise their staff for taking lawful protected action.”

Mr Burke said given the impasse in negotiations, IEUA-QNT members had also voted to seek the assistance of the independent industrial umpire – the Fair Work Commission (FWC) – to now facilitate collective bargaining negotiations under the New Approaches program.

“The New Approaches program means that the FWC assists both employer representatives and employee representatives to explore alternate solutions to get an outcome,” Mr Burke said.

“To undertake this program, Queensland Catholic school employers must also agree to it, and we will be asking them to do so at today’s (November 27) negotiation meeting being held in Brisbane.

“Given the recent statewide protected action of members and now the support of the community (an online petition reached well over 1500 signatures in just 24 hours overnight), we call on the employers to hear the voice of employees when it comes to workload and wage parity issues, and agree to negotiate on these issues through the FWC’s New Approaches program.”

One Response to Teachers Vote To Lift Work Bans