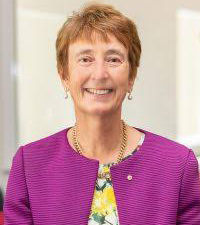 On Monday morning, the union representing the teachers said more than 7000 teachers and school support staff could be locked out of their schools indefinitely, creating chaos for the operation of Catholic schools across the State.

The teachers, members of the Independent Education Union of Australia – Queensland and Northern Territory (IEUA-QNT), have been taking part in protected industrial action in support of enterprise bargaining claims after negotiations broke down.

Up until now, the action has consisted of work bans and a 30-minute stop work meeting.

Two South Burnett schools – St Patrick’s Primary School in Nanango and St Mary’s Catholic College in Kingaroy – are among 195 across Queensland where the industrial action has been authorised.

“That threat is to lockout staff – meaning they would be denied entry to school sites and prohibited from doing any work on school grounds.”

He said the employers had issued the threat last Friday as part of a “take it or leave it” offer to their employees in regard to a new agreement.

“Employers have said that should school staff fail to stop the work bans they are currently undertaking as part of legal protected industrial action by 5:00pm on Wednesday, November 27, then employees continuing to undertake the work bans (which include banning attendance at meetings, supervisions and employer requests for data) would be locked out from Friday, November 29,” he said.

But QCEC Executive Director Dr Lee-Anne Perry said a lockout was the exact opposite of what Catholic school employers were seeking.

“The union is misrepresenting the facts,” she said.

“Employers would like all staff to come to work and perform their normal duties.

“Employers also want to support those staff who have had to take on extra duties to cover some union members engaged in work bans as part of protected industrial action.”

She said union claims that staff would be locked out were untrue and misleading.

“Employers are not preventing staff from coming to work,” she said.

“What employers have said is that if negotiations are not finalised or the union does not lift current work bans, then employers intend to exercise their right under the Fair Work Act to withhold payment for days when employees don’t carry out their full duties.

“Employers remain committed to giving employees an opportunity to appropriately vote on a proposed agreement as soon as possible that provides fair and reasonable conditions that keep Queensland Catholic education sustainable and accessible by our families,” she said.

Catholic school employers bypassed the union and wrote directly to all teachers and school staff on Friday to explain their latest offer.

The offer to staff includes a 2.5 per cent general wage increase, backpay to July 1 for teachers and May 1 for school officers and a one off $500 payment to eligible staff in return for signing on to a four-year enterprise agreement – a 12 month extension.

The union has been pressing for a $1250 in backpay, an amount State School teachers and State public servants received.

Dr Perry said the latest offer would mean graduate teachers would start on a salary of $71,833 increasing with experience and proficiency to a maximum of $128,140.

She said the current offer would expire on November 27 to encourage the timely resolution of negotiations with the union by the end of the school year.

Union members across Queensland were planning to hold meetings on Monday and Tuesday this week to discuss their response to Friday’s letter.