The Maidenwell Community Group aims to “save a life” with its annual Maidenwell Post Rip weekend … and they did it again this year, handing over a cheque for $12,500 on Sunday to the LifeFlight Foundation.

They also managed to have a lot of fun.

Community group president Cr Gavin Jones said there were more than 55 competitors – men and women – registered in competitions across the two days.

“It’s the second biggest chainsaw event in Australia,” he said.

“And we couldn’t do it without our sponsors.”

On Saturday night, competitors and their families and friends enjoyed a fundraising dinner in the Maidenwell Hall, catered for by “The Sauce Man” ie. John Whitley and Nigel Squibb.

The night included an auction, live music from Ryza and even two songs by classical singer (and guest speaker) Margo Orbell.

On Sunday, it was back to the serious business of chainsaws, but there were also demonstrations of whipcracking, chainsaw sculpting by Keith Gall, and slow cooking.

Cr Jones said any extra money raised from the weekend would go towards projects by the Community Group.

Footnote: $12,500 is the estimated cost of one life-saving flight by the RACQ LifeFlight helicopter from Toowoomba to the South Burnett.

A Taste Of The Action 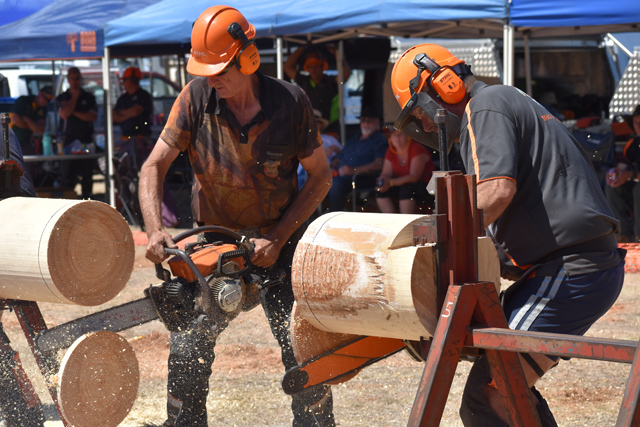 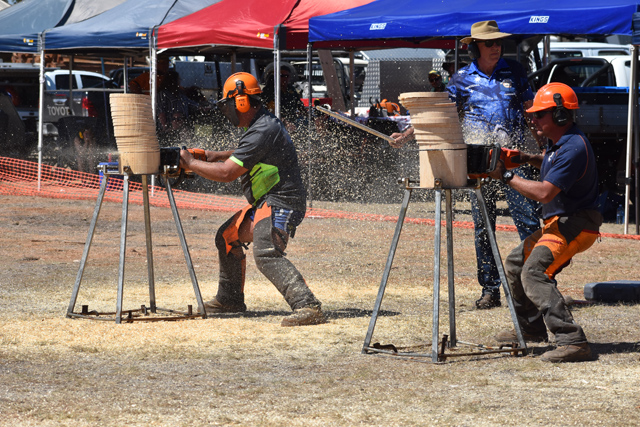 Posted by Video by the Maidenwell Community Group