Two teams of young debaters will be heading off to Kilkivan in October to represent Kingaroy in the area finals of the Apex Youth Debating competition.

The finals of the local competition were held at St John’s Lutheran School in Kingaroy on Wednesday evening.

In the Year 7/8 competition, a team from Kingaroy State High School took on a team from St John’s debating the topic “That standardised testing is a good measure of intelligence”.

The KSHS team – who were arguing the affirmative case – won the debate by a very narrow margin.

St Mary’s 1 and St Mary’s 2 debated the topic “That the Australian public should elect the political party leaders”.

The KSHS and St Mary’s 2 teams will now compete against school teams from across the region in the Apex area finals at Kilkivan on October 12-13 (date to be confirmed).

If successful in Kilkivan, the teams will then compete at the State finals in Mudjimba on October 26. 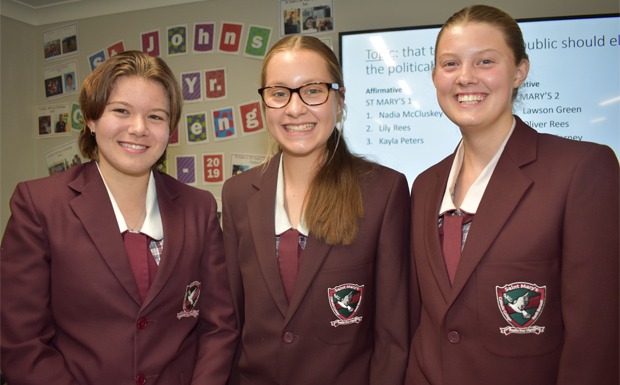 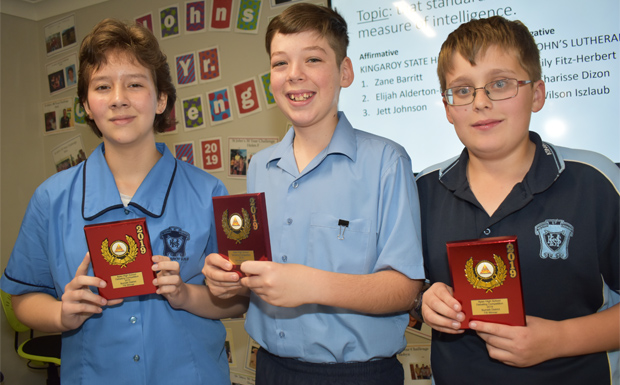