CTC Puts On A Special Treat 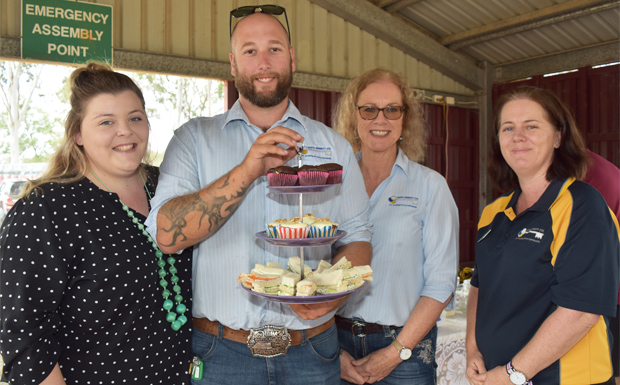 South Burnett CTC workers put on a special treat in Kingaroy on Tuesday for local residents who have been affected by domestic violence.

The high tea, held at the Kingaroy Youth Park, was organised to mark Domestic and Family Violence Prevention Month.

Staff members from CTC’s Youth and Family Services section prepared a tempting array of slices, biscuits and cakes for people to enjoy.

CTC children’s counsellor Michael Sanford said people who had received support from CTC had been invited to attend.

He said it was also an opportunity for them to network with others and share a sense of recovery.

CTC domestic violence counsellor Julie Blundell said the number of clients that CTC was dealing with was constantly changing.

Earlier this year, when she paused to count, she had 57 people on her books.

“Michael has about 32 but he’s also got a waiting list,” Julie said. “We could double that number if we had another two counsellors.”

Julie said the service often had to handle immediate crises, which meant they had to reschedule appointments with their regular clients.

“Most of our clients are women and children, and all come from the South Burnett,” she said.

At the moment, they are helping families from Blackbutt to Murgon and west to Durong.