Champions On Show At Murgon

“Top birds, equal to anything in Australia and better than the Sydney Royal.”

These words, from interstate judge Graeme Hopf, were high praise indeed for the quality of entries at the Murgon & District Bantam Club’s inaugural show at Murgon Showgrounds on Sunday.

Graeme, who travelled from Murwillumbah to judge the event, said the South Burnett had always been “a strong chook area” and this show proved it.

The event attracted more than 300 entries and, in fact, the organisers had to turn some exhibitors away because of a lack of pens.

People came from across the South Burnett, Gympie, Esk, Maryborough and Toowoomba to show their bantams.

Secretary Susan Mollenhauer said the club was started in March because there was no poultry group in Murgon.

They chose bantams because of their popularity and also because it gives the club “a point of difference”.

Club president Denis Dowdle said he was especially pleased because there had been a lot of entries from young people.

“That is one of the club’s goals … to get more young people involved,” he said.

Susan said the show would become an annual event and would always be held on the Sunday of the May long weekend.

Next year it will be on May 3.

She said the showgrounds’ poultry pavilion currently has 282 pens.

The club now hoped to apply for grants to upgrade the facility and put in more pens in conjunction with the Murgon Show Society. 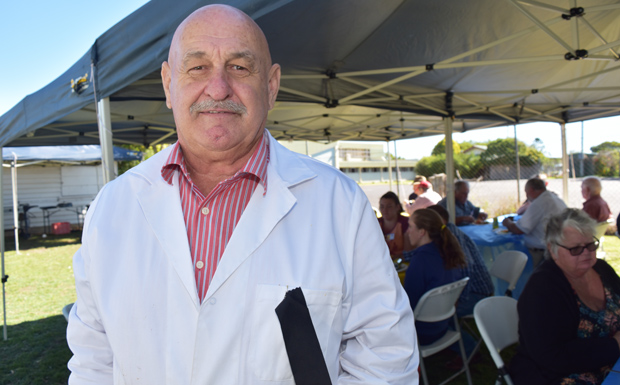 Judge Graeme Hopf … “Top birds, equal to anything in Australia” 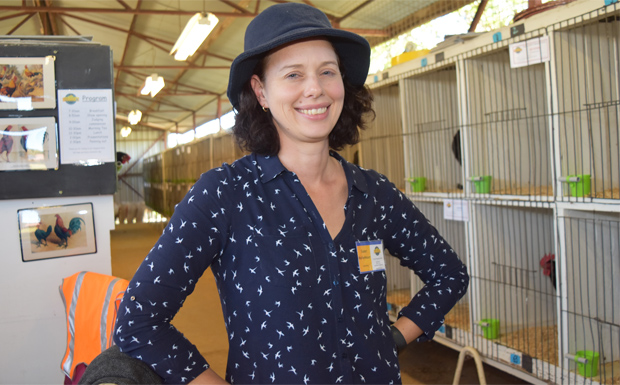 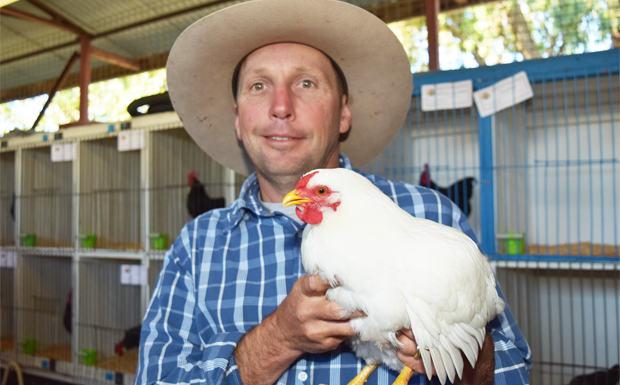 Curtis Sutton, from Gympie, with the Best Soft Feather entry … a white Wyandotte 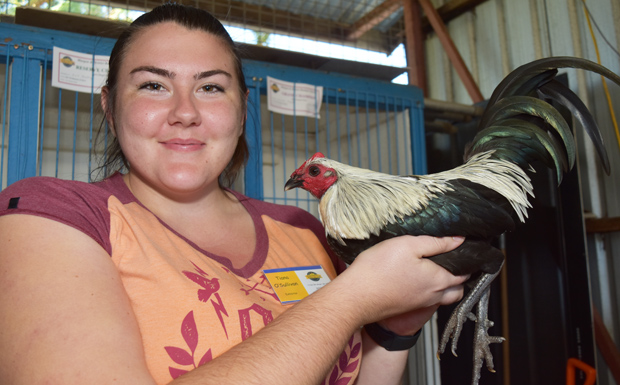 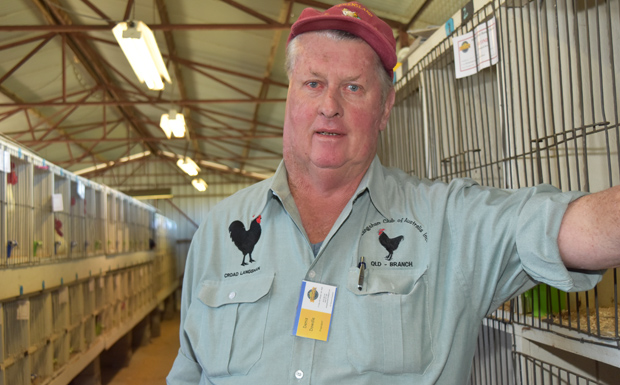