Scouts Get Back To Basics 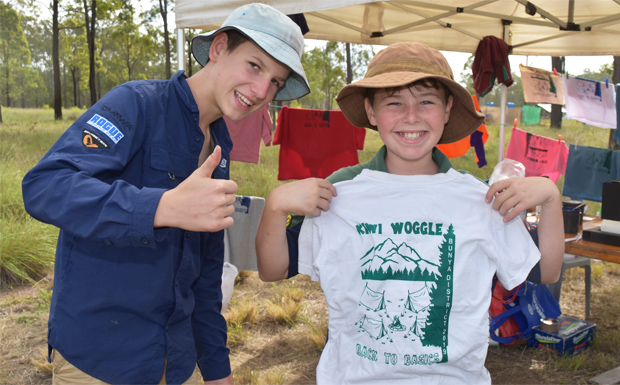 A mini tent-city sprang up on the outskirts of Kingaroy over the Easter Long Weekend for the annual “Kiwi Woggle”, a celebration of everything linked to scouting.

A series of small camp sites housed 138 Scouts, 19 Venturer Scouts and 80 Scout leaders (although some of the adults opted to sleep in campervans or caravans rather than under canvas!).

The last time it was held in the South Burnett was in 2012, when it was in Wondai.

Scouts and leaders travelled to Kingaroy from Bundaberg, Woodford, Maroochydore, Noosa, Gympie and all parts in-between.

Kingaroy farmer Steve Krosch offered the Scouts the use of his property and slashed areas to allow them to set up various activities.

The weekend, which had the theme “Back To Basics”, began with a parade on Good Friday which included the presentation of one of scouting’s highest awards, the Australian Scout Medal, to local Scout Ryan Olsen by Chief Commissioner Daryl Scott.

The Scouts then spent the rest of the day erecting traditional canvas camps, using tent poles and ropes.

Each camp included two sleeping tents, a dining fly and a kitchen fly.

There was also a competition cook-off on Saturday night … each Scout camp had to prepare a three-course dinner, all cooked over wood.

The various Scouts groups competed across the weekend for two trophies: the Woggle and the Kiwi.

David said the first Kiwi Woggle was held in 1946, and it’s always held at Easter.

A lot of preparation went into the event ahead of the weekend.

For example, volunteers spent four days marking out the orienteering course and travelled to Durong to cut the 260 tent poles used by the Scouts in their camps.

“A lot of local businesses also helped us out,” David said.

Sponsors included the South Burnett Regional Council,  Steve Hood (Kingaroy Motorcycles, who donated the use of two 4WD Kawasaki Mules), The Little Butcher, Matt Lonsdale (water and the use of a truck), South Burnett Hire and Sales, Sunshine Mitre 10,  Ergon Energy and Swickers.

The camp broke up on Monday morning. 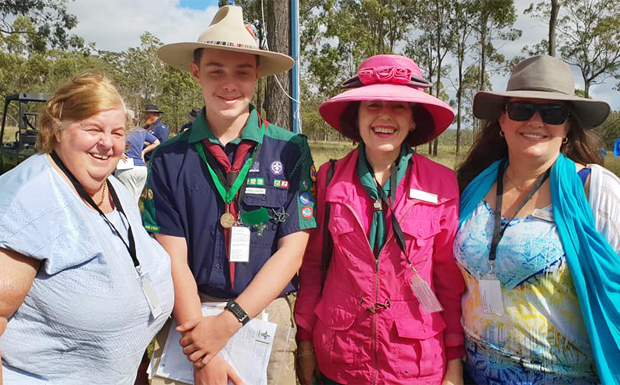 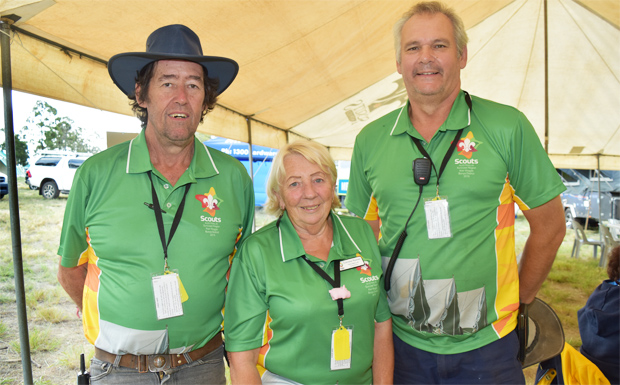 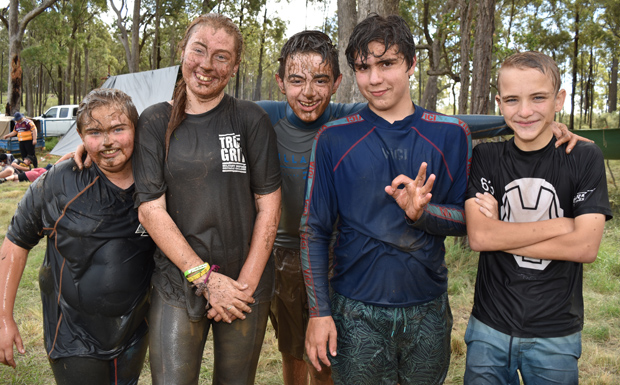 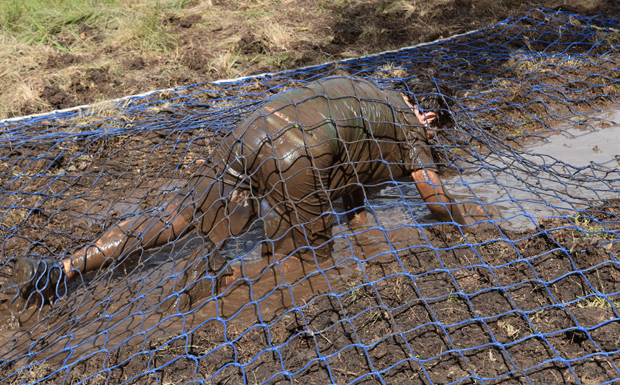 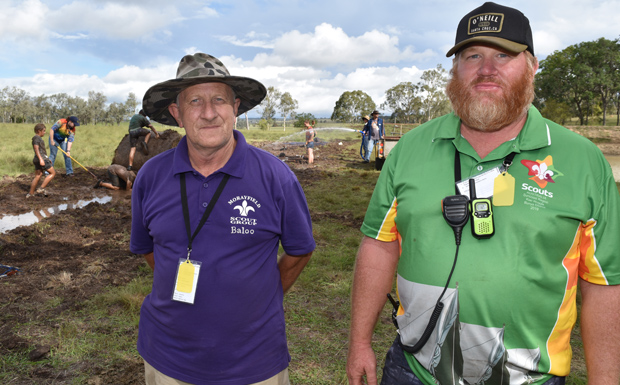 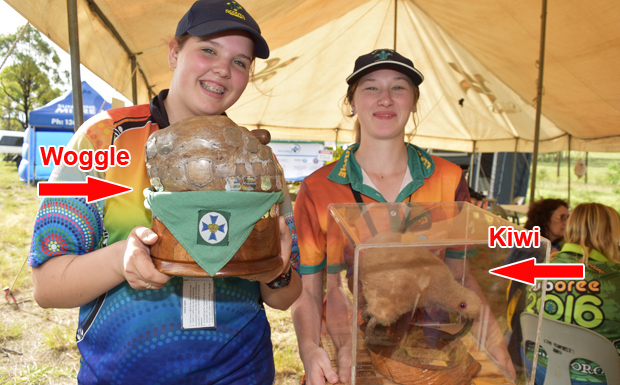 Venturers Hannah Salmon and Abbey Hardiker, from Raceview, with the Kiwi Woggle camp trophies … a wooden woggle and, naturally enough, a kiwi 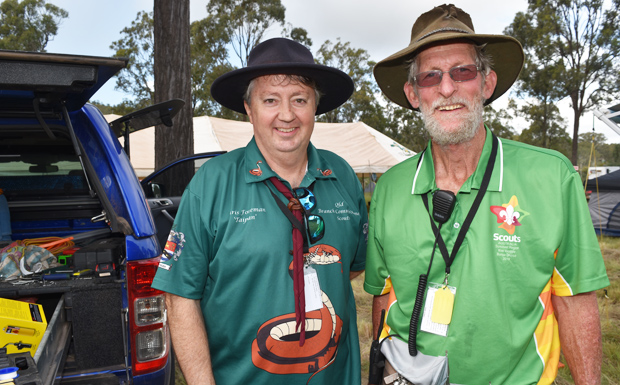 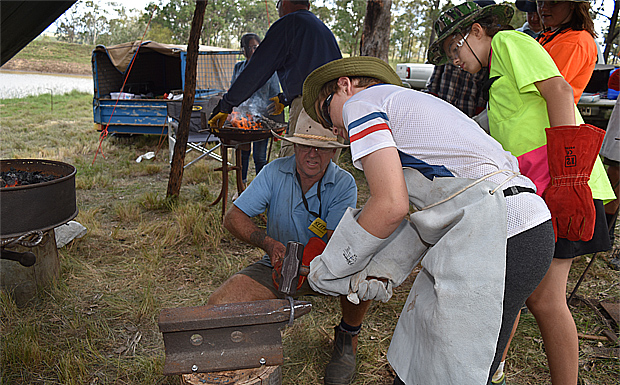 At the blacksmithing activity, the scouts were busy hammering out camp oven lid lifters … Reilly Byrnes and Hermione Pearce, from the Millbank Penguin Patrol, were working under the watchful eye of Keith Bradshaw, from Gowrie Junction 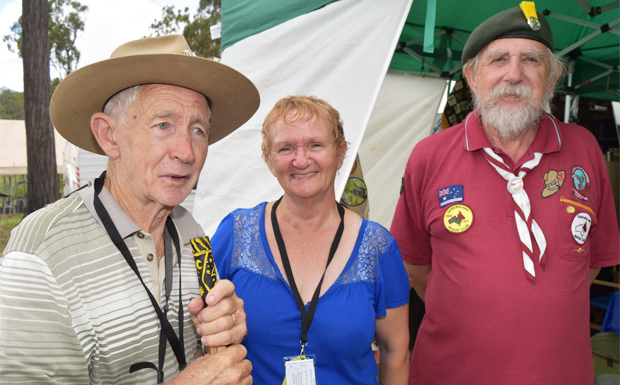 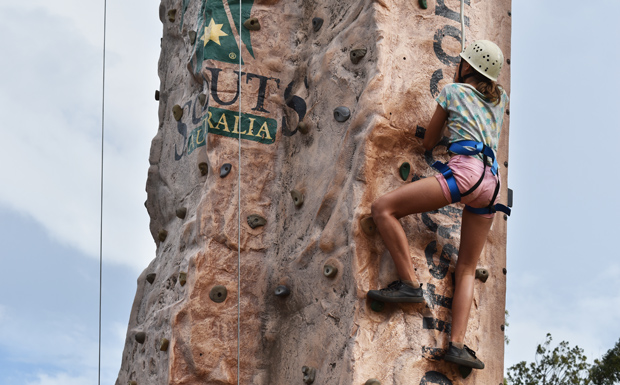 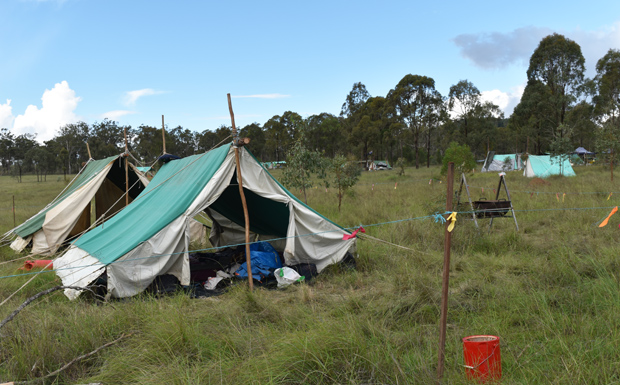 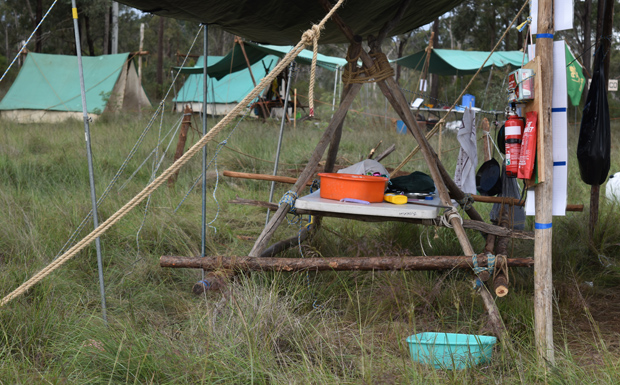 … and bush tables in the kitchen areas, strung together with ropes