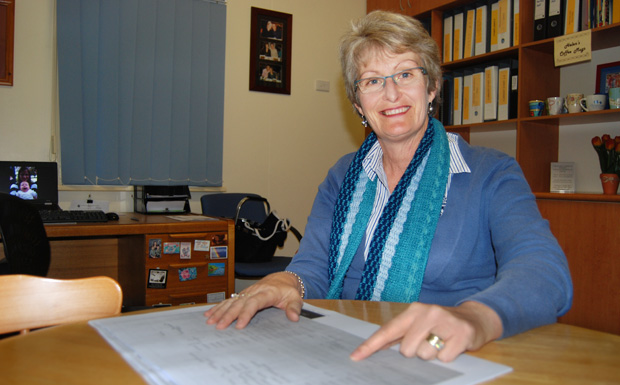 She was appointed principal in 2000.

Mrs Folker said after 30 years of teaching and leadership it was time for someone new to take the helm.

“Being principal of this school has been a wonderful privilege and an amazing opportunity,” she said.

“I am very grateful to God for the experience and will miss the students, staff and families very much.

“I have many memories of my time at St John’s that I will cherish and can’t be replaced.”

St John’s will be celebrating its 30th anniversary with a special celebration and family fun day on March 30.

Mrs Folker, who is the daughter of the late Sir Joh Bjelke-Petersen, said many prayers had been answered during the past three decades as the school grew and changed.

“There used to be a sorghum crop where the school buildings now stand and the land around was virtually undeveloped,” she said.

“Our first school house and classrooms were purchased for the grand sum of $1500 and transported on the back of a truck from the other side of Kumbia. We had a total of 26 students.

“We now have classrooms to accommodate nearly 430 primary and secondary students, a purpose-built library, office and fully equipped school hall and sports facilities all built due to generous donations and successful government grant applications.”

“We wish Helen well in her future endeavours and pray God will continue to bless her. She will be greatly missed,” Mr Layt said.

Current Assistants to the Principal, Karyn Bjelke-Petersen and Jonathan Kotzur, will share the role of Acting Principal from the beginning of Term 2.

The position will be advertised from next term with the new principal to begin employment from the beginning of 2020.