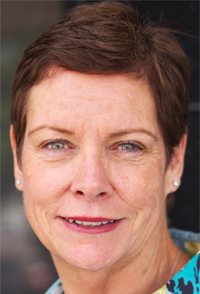 The number of international tourists visiting Southern Queensland Country has hit a record high in the past year, according to new Tourism Research Australia (TRA) data.

The International Visitor Survey revealed 54,000 tourists came to the SQC region in the year to September 2018, up 16 per cent compared with 2017 and a rise of 7.2 per cent on the three-year trend.

This was in addition to the two million domestic holidaymakers who stayed in the region during the same period, spending almost $783 million during their stay.

The TRA National Visitor Survey, also released in January, found domestic visitors to Southern Queensland Country accounted for 5.9 million nights, with the biggest surge in visitors from the Sunshine Coast – up 63.3 per cent to 196,000 visitors.

“These figures show that more people are coming and that they are staying longer to experience more of what we have to offer,” Ms Power said.

The National Visitor Survey revealed the average length of stay in Southern Queensland Country was three nights, an increase of 2.7 per cent over the past three years while the average spend per visitor was up 10 per cent to $394 over the same time period.

“This is a great outcome, particularly as our region continues to battle against continued drought,” Ms Power said.

Day tripper numbers also increased significantly in the past year, up by 16 per cent to 3.9 million visitors, spending $552.2 million during their stay.

“The amount day trippers spent in the region was up 20 per cent year on year, which is a great boost to our local economy and helps operators continue to provide some of Queensland’s best experiences.

“Our challenge is to continue to turn those day trippers into overnight visitors and to increase the benefit to the entire region.”

Footnote: The Southern Queensland Country region includes Toowoomba and the Darling Downs, the Southern Downs and Granite Belt, the Bunya Mountains, Kingaroy and surrounds, and west to St George.