PCYC Offers A Restart For Youth 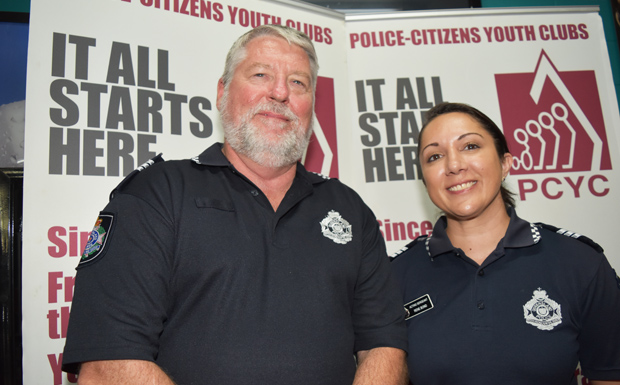 Education Queensland has dipped into the budgets of Murgon State High and Cherbourg and Murgon State schools to make a new PCYC program for disadvantaged young people a reality.

Speaking at the launch of the Restart program in Murgon on Monday, Education Queensland co-ordinator for Murgon and Cherbourg, Mr Simon Cotton, said the schools had invested $152,000 in the program over the next 12 months.

The PCYC Queensland program aims to support young people who are at risk, disadvantaged or disengaged.

It has been developed in partnership with Education Queensland and will be delivered with support from Queensland Police.

Restart has been running successfully at the Toowoomba PCYC for eight years.

It consists of a mixture of experiential learning activities, school work, physical activity and work experience.

Eight weeks ago Toowoomba PCYC branch manager Sergeant Cam Crisp said he received “a tap on the shoulder” from Assistant Commissioner Mike Condon and Police Minister Mark Ryan to see what could be done to help at the Murgon PCYC.

“Originally Restart was designed around kids on long-term suspensions … kids who had come out of primary and high school who we identified were either going down town and playing up, or impacting on their parents,” Sgt Crisp said.

“When a child gets suspended from school either mum or dad has to take holidays, or mum and dad don’t care and the kid goes downtown.”

He described PCYCs as “the hidden gems” of crime prevention.

“What we can do in these buildings is absolutely phenomenal,” he said.

“One, we look after the kids and get them off the streets; and two, we reduce the calls for service for the local police on patrol.

“We came out here with an idea and, quite frankly, it has come together very, very well.

“Education Queensland are a lead agency, obviously, because they have funded the program for us.”

The staff at the PCYC have been increased from branch manager Acting Sgt Rene Bond and two casuals, to five including two part-time sport and recreation officers and three new staff.

Sgt Bond said Restart was a “huge program” with lots of partners involved.

“I think it’s going to be a great success,” she said.

“This is a huge investment that’s been made in the relationship build among those troubled young people in Cherbourg and I guess other locations to bring them to a point of acknowledging what their real place in life is all about.

“A lot of young people go off the rails here and there along the way but a level of proper guidance – that is being offered through this Restart program – provides a pathway for these people to rejoin the mainstream of life and become truly worthwhile and meaningful citizens in our community.”

“If there is any way that we as a Council can assist … please let us know,” he said.

The pair were part of the PCYC at its inception and were excited by the new program being offered at facility.

The organisation will be marking its 10th anniversary in the former “The Pulse” building at Murgon in 2019.

The South Burnett PCYC will be closed for two weeks over the Christmas period (December 22 – January 6) but there will still be activities happening in the local community: 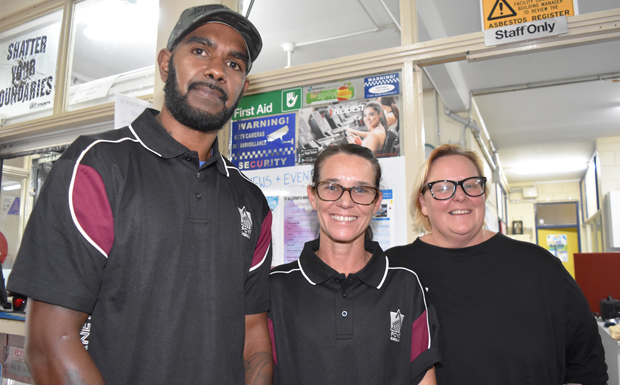 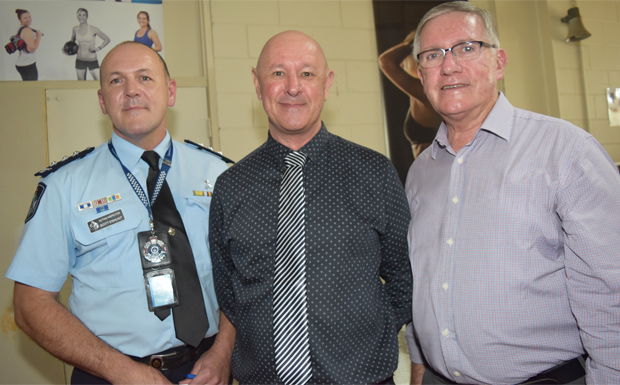 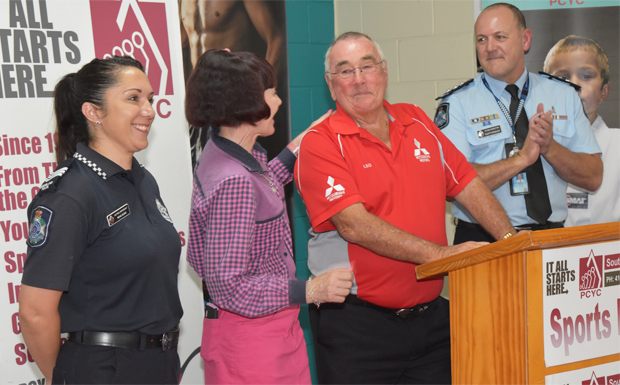 Acting Sgt Rene Bond, Cr Kathy Duff, Leo Geraghty and Acting Inspector Scott Stahlhut … Leo got a little emotional as he described some of the history of the PCYC in Murgon