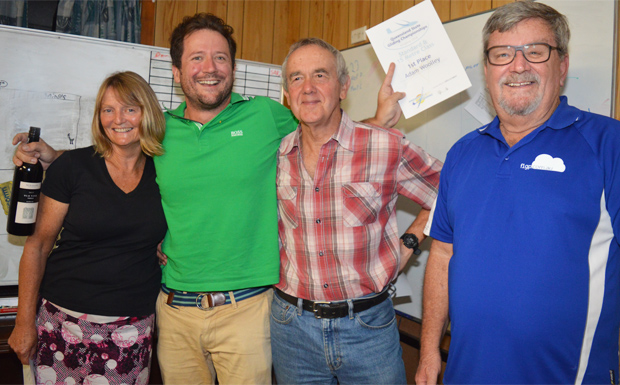 The Queensland State Gliding Championships at Kingaroy Airport wound up on Friday night with a celebration dinner and presentation of awards.

Weather disrupted the seven-day event slightly, with gliders taking to the air only on four days but no one was complaining at the awards dinner.

Kingaroy Soaring Club, which hosted the championships, almost had a clean sweep, missing out on only one of the eight prizes presented.

For the first time at a Queensland State Championships, a “grand prix” start was used.

Each glider was lifted and then took up a position behind an imaginary starting line in the sky.

All aircraft then began navigating the race course at the same time.

Kingaroy Soaring Club president Greg Kolb paid tribute to Race Director Greg Schmidt for suggesting the grand prix start and then working hard over the past 12 months to turn the idea into a reality.

The pilots were given task sheets they had to follow, making turns at set points in the landscape before racing to get back home first.

The gliders traversed courses around the Darling Downs on Monday, Tuesday and Wednesday before heading north to the Biggenden area on Thursday. 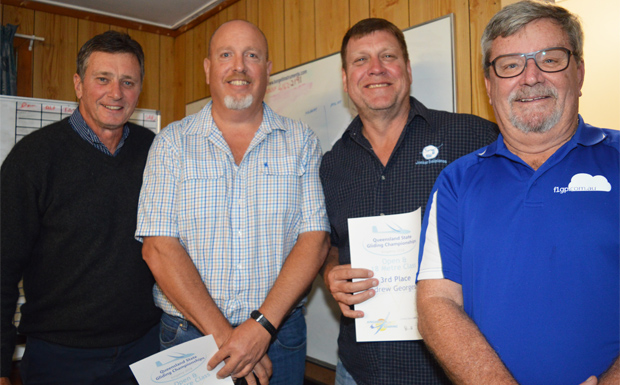 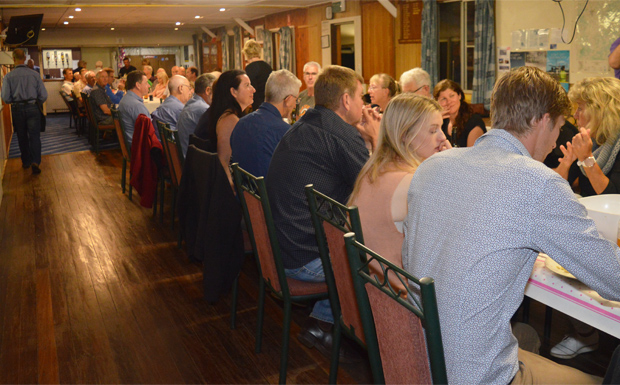