League Salutes Past And Future 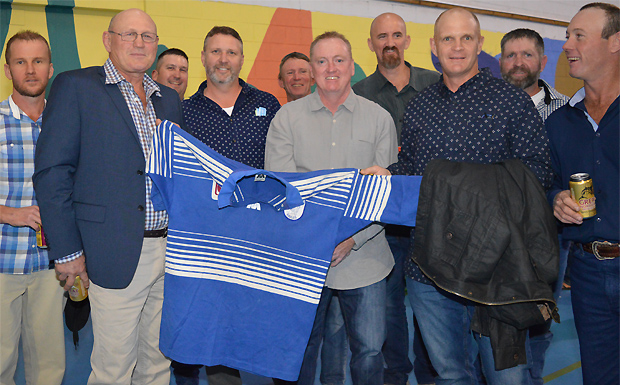 The South Burnett’s rugby league family gathered together on Saturday night to salute the sports stars of the past as well as the up-and-coming stars of the future.

A special attraction was a salute to the last A Grade team to win the 47th Battalion Trophy, way back in 1998.

Many of the players from that successful South Burnett Eagles team were present, as well as the actual 47th Battalion Trophy (on loan for the night from 2018 victors, the Sunshine Coast Falcons).

After a Welcome To Country by Robyn Langton, a minute’s silence was also held for five members of the league family who have died during the past year: Percy Iszlaub, Tristan Murray, Susan Burt, Andrew Cole and Bill Mulcahy.

A spotlight was then shone on the highlights of the year, including the U13 and U14 Development competition in Murgon, the Kingaroy Pink Day, the Murgon Domestic Violence Awareness round, the U35kg carnival jointly hosted by Murgon and Kingaroy clubs, the State Of Mind workshops, and the Women in League round at Nanango.

The new NRL Games Development Officer for the South Burnett, Blake Mara, was introduced to the audience.

Blake announced that in 2019, the South Burnett would have its own U12 Girls competition, which would be played across the first four weeks of March.

He then called the 1998 South Burnett Eagles team to the stage to share some memories and receive the acknowledgement from the crowd.

After dinner, the serious matter of trophy presentations went ahead:

The Under 35kg Eagles tied as winners in the carnival played in Kingaroy.

The U43kg Eagles represented the South Burnett at the carnival in Warwick.

The Under 13 Eagles came 2nd at the 47th Battalion trials held in Bundaberg.

U14 Girls (with Beachmere)

The combined team played in the Sunshine Coast competition.

The Under 16s Eagles were placed 2nd at the 47th Battalion Carnival at Bundaberg.

The Under 16 Girls are through to the second round of the Finals in the Sunshine Coast competition. They will play Nambour/Noosa on Friday night in Maroochydore for the right to face Caboolture in the Grand Final. 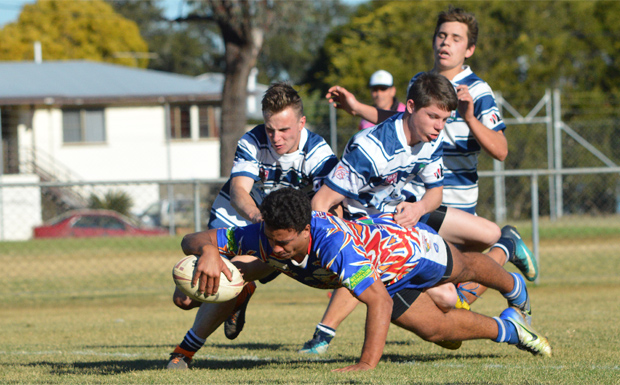 The Under 18 Eagles finished 3rd in the 47th Battalion Carnival at Gladstone and 5th overall in the Toowoomba Rugby League U18 competition.

The Under 20 Eagles finished 2nd in the 47th Battalion Carnival at Gladstone.

This was the first year the South Burnett fielded a team in the Open Women’s competition. The Open Women’s Eagles finished in 3rd spot after being knocked out in the Preliminary Final.

Played in the 47th Battalion Carnival in Toowoomba. 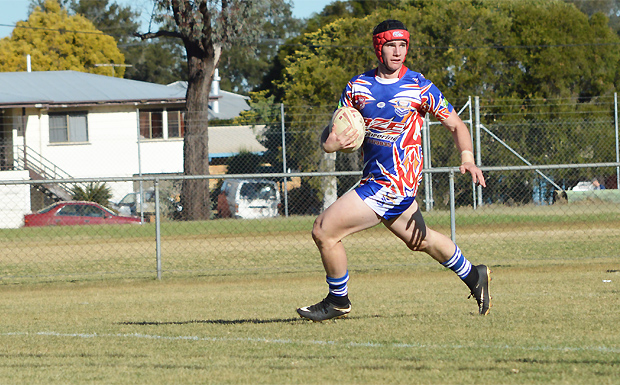 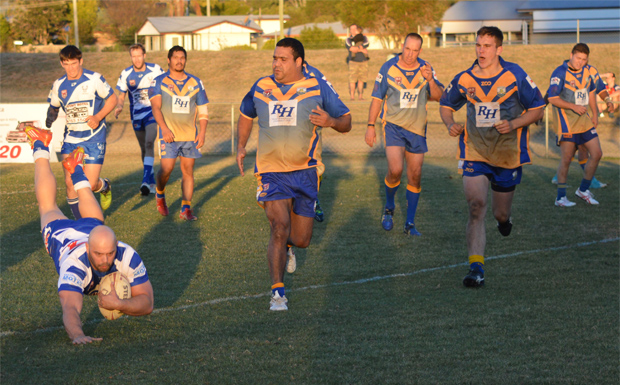 Senior Player of the Year Shane Argent, left, dives over the Murgon line to score a late try for Nanango in July

More Photos From The Dinner 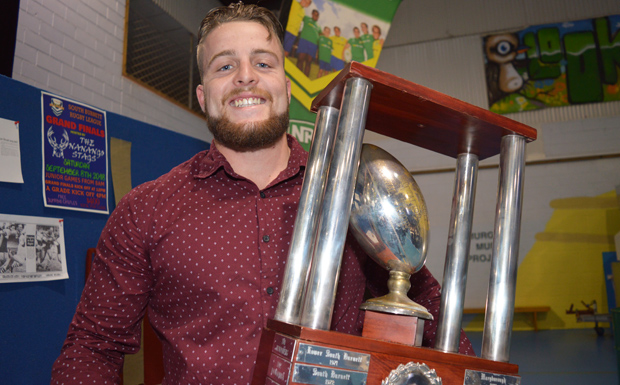 South Burnett NRL Games Development Officer Blake Mara with the 47th Battalion Trophy … this is the second time this year Blake has lifted the trophy; he was also part of the Sunshine Coast Falcons teams that won this year’s carnival 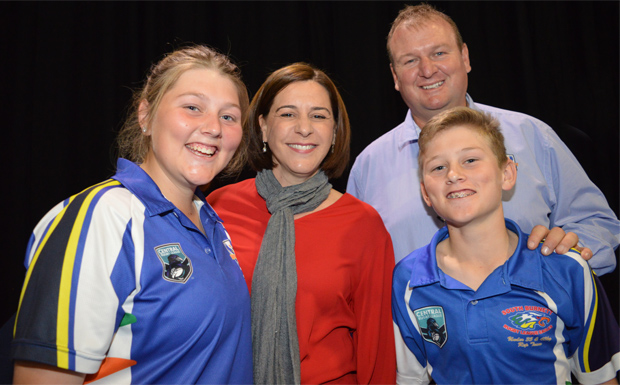 Opposition Leader and Member for Nanango Deb Frecklington – who presented the Female Eagle of the Year trophy – with Scott, Brenna and Fletch Prendergast … Scott and his wife Sheree helped organise the big night 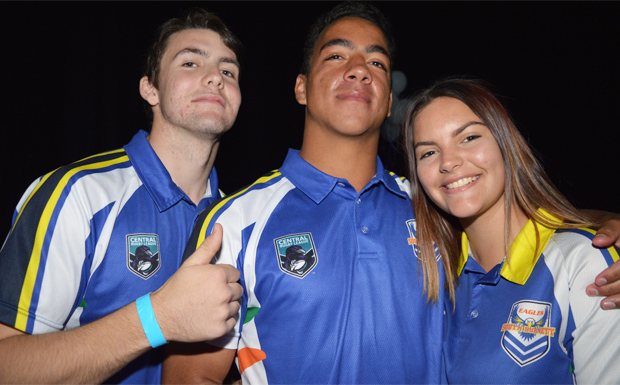 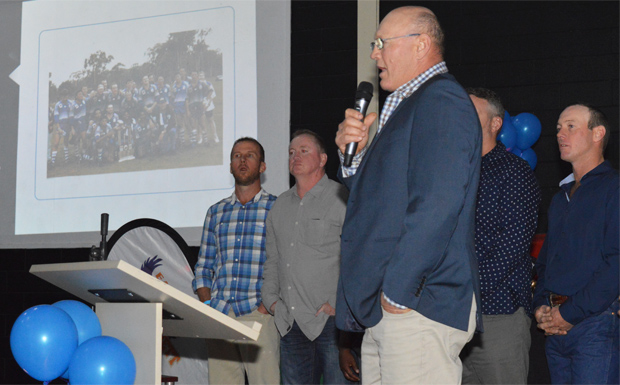 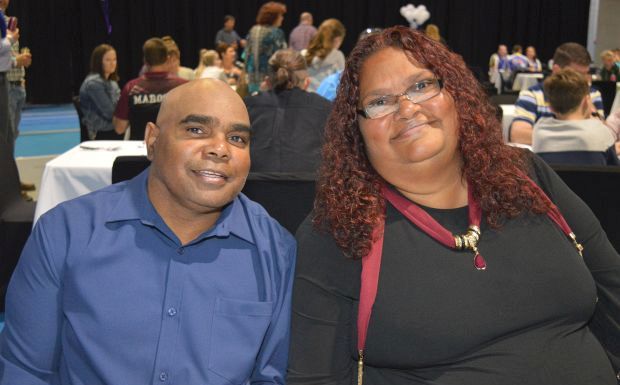 Jeffrey and Lavinia Dynevor … Jeffrey has been coaching U12s this year 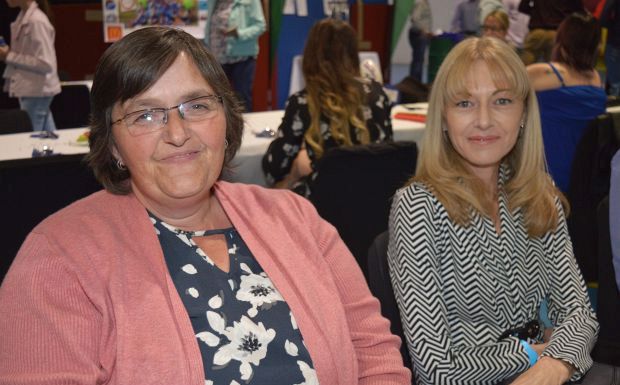 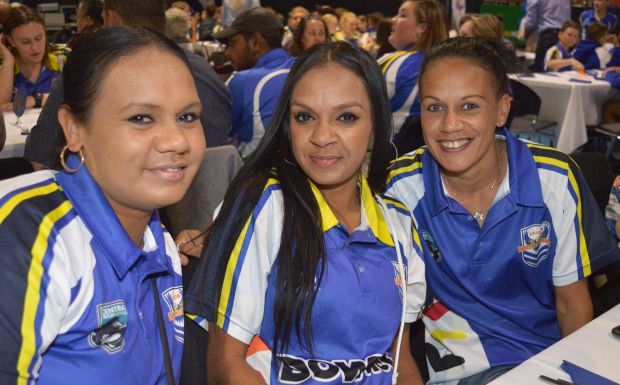 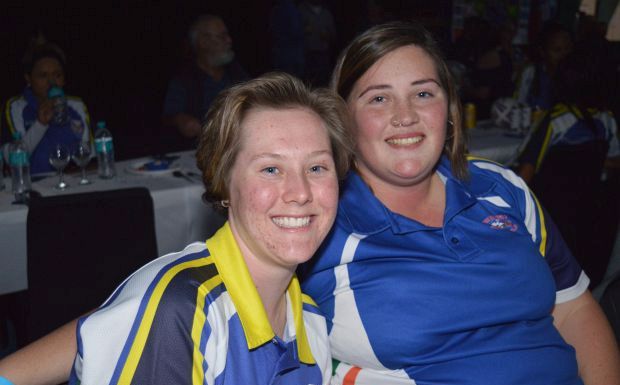 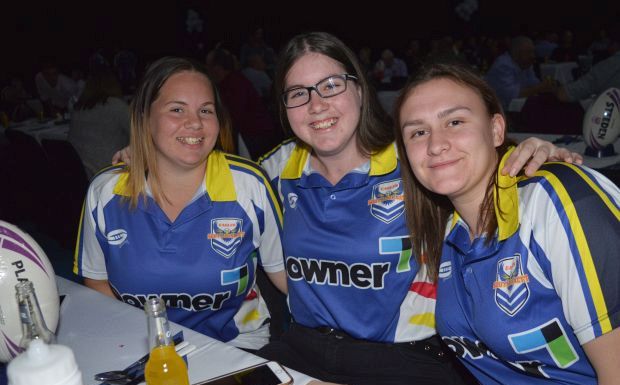