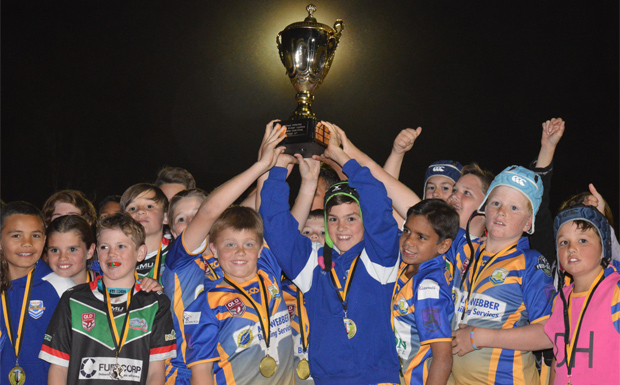 The annual carnival, organised by the Wondai Proston Junior Rugby League Club, attracted players from all South Burnett clubs as well as teams from Maryborough, Gympie, Hervey Bay and the Fraser Coast.

The playing schedule was tight, with only a minute or two between games, ensuring a non-stop spectacle of rugby league action for the friends and family members watching on the sidelines.

The games are shorter and played in only one half. As well, there are no scrums or conversion attempts.

The highlight of the weekend is always the U12s competition which is played on the main oval with 19-minute games.

This year’s competition was very close, with Hervey Bay Black finally earning the second spot in the Grand Final against the Murgon Mustangs.

And for the second year in a row, the young Mustangs galloped away with the win.

On Sunday, U14s took to the field as well as a solitary U16s game. 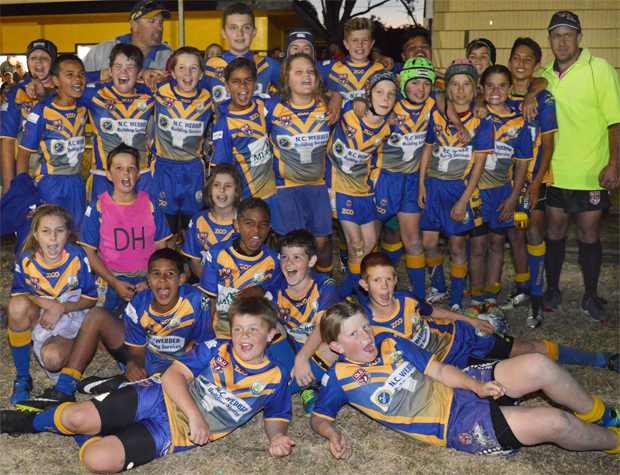 The Murgon Mustangs finished the round robin U12s games with a clear lead, but the second spot in the Final wasn’t decided until the very last game, in which Kingaroy White took on Hervey Bay Black.

If Kingaroy won, the Cherbourg Hornets would face Murgon in an all-South Burnett final.

But if Hervey Bay won, there would be a short break and they would run out again to play Murgon … which is exactly what happened.

The final score was Murgon 16, Hervey 6 … and for the second year in a row, the Mustangs won the u12s Mini Mod Cup.

Action From The U12s Final 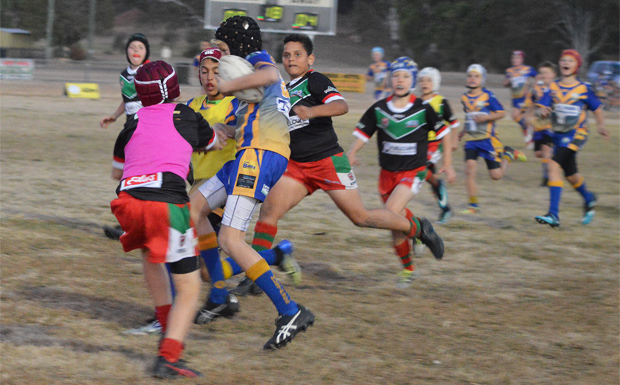 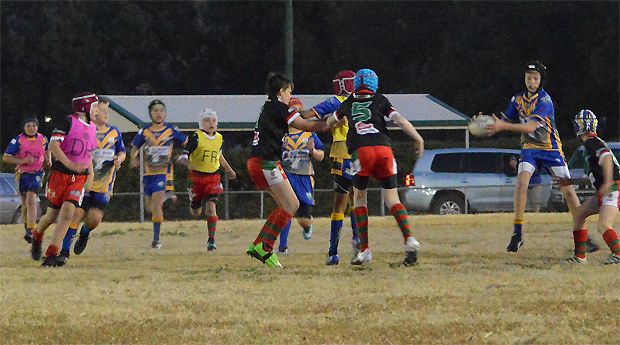 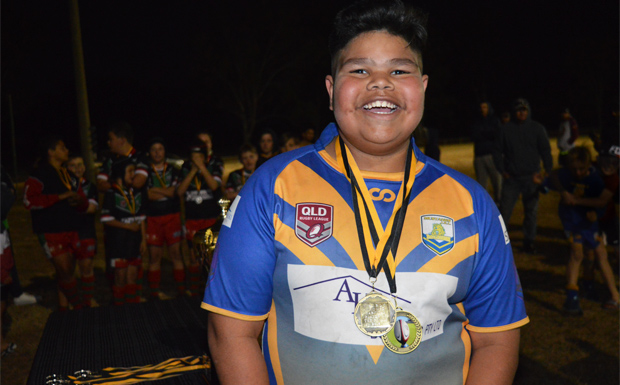 Young Mustang Trequaan Stanley was named Player of the Final

Five points were awarded for a win, three points for a draw and one point for a loss. Teams that scored more than four tries were awarded an extra point. 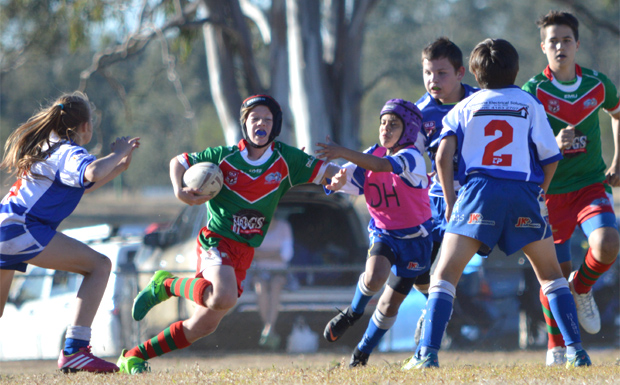 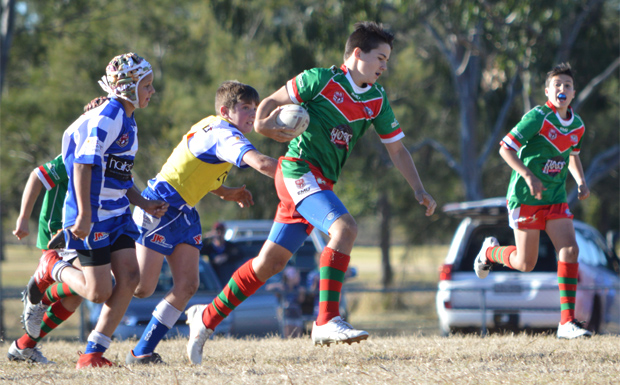 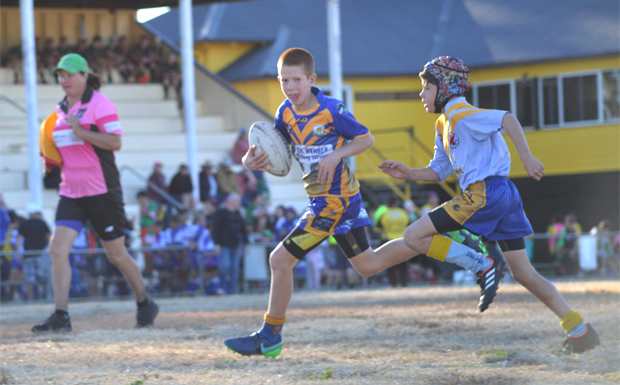 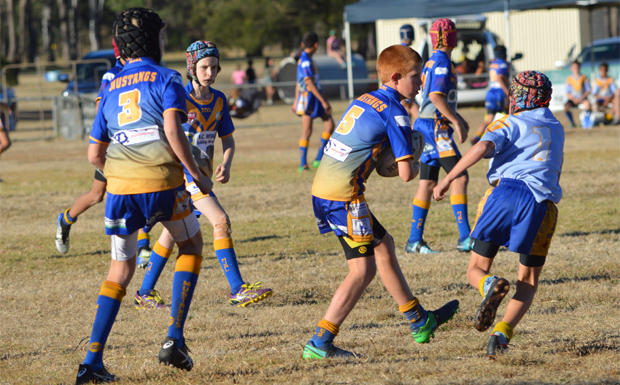 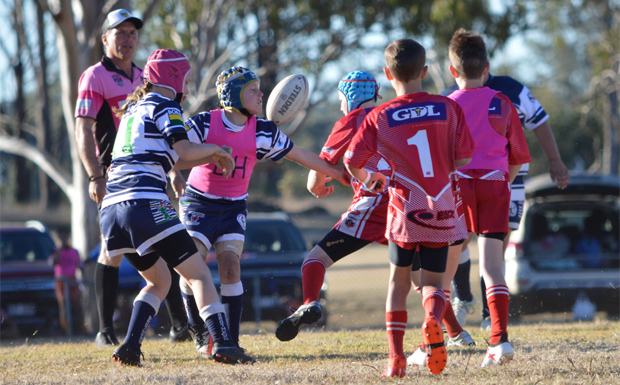 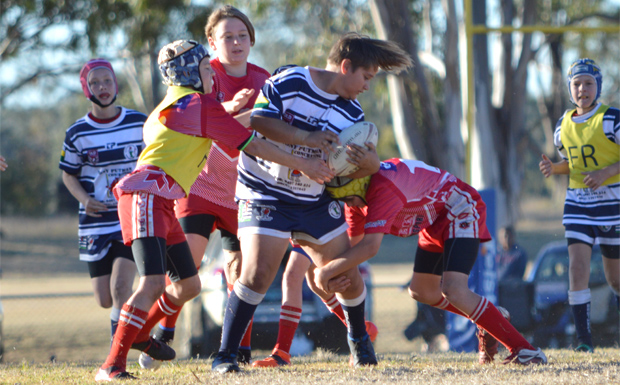 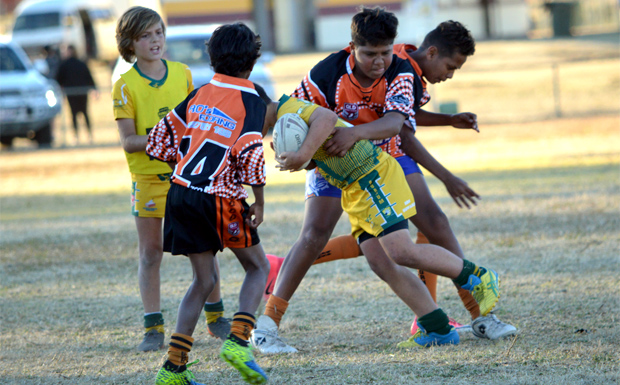 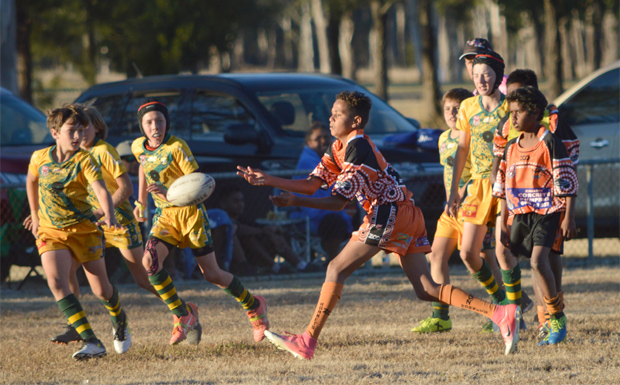 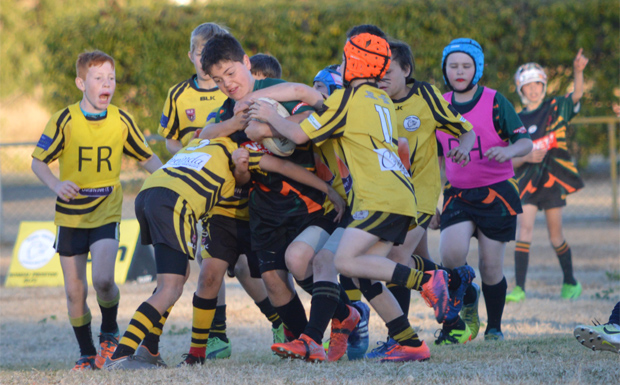 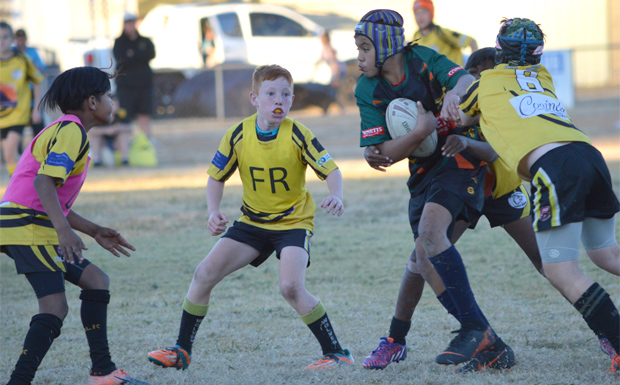 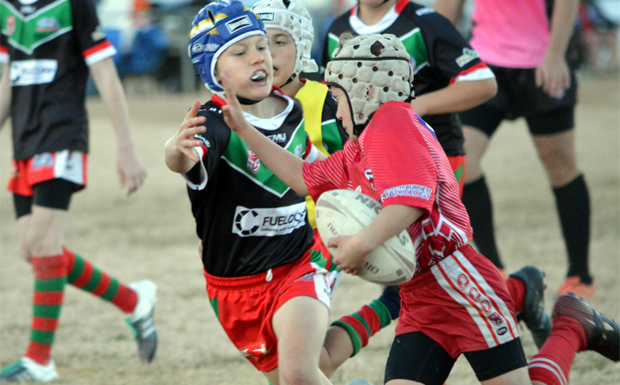 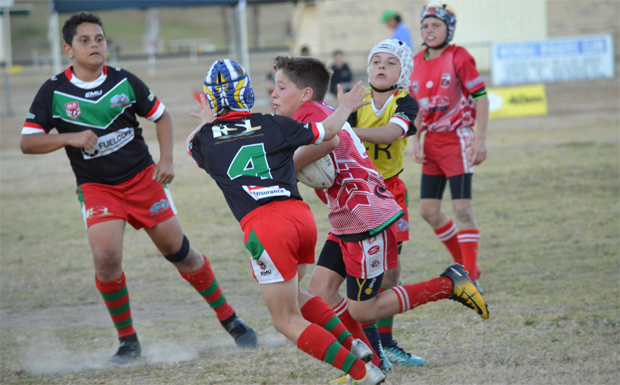