Blackbutt To Get New Postcode 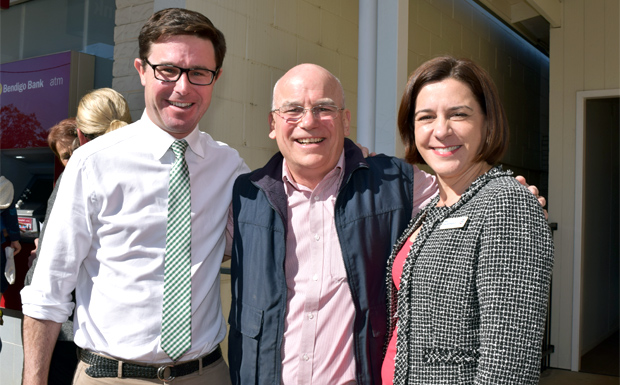 FLASHBACK: Member for Maranoa David Littleproud, Blackbutt postmaster Emeric Charles and Member for Nanango Deb Frecklington at a public meeting outside Blackbutt Post Office in July this year that was called to ask Australia Post to change the area's postcode 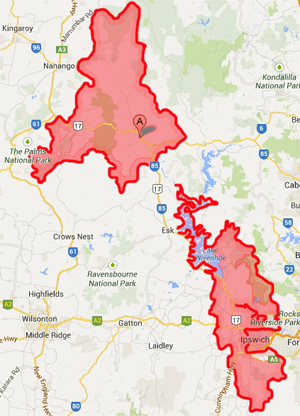 A decade-long fight to get Blackbutt its own postcode paid off on Friday when Australia Post agreed to split the old 4306 postcode area in half.

The decision came after months of agitation by Member for Maranoa David Littleproud, who called on Australia Post to recognise that the South Burnett and Ipswich – 130km away – have nothing in common.

“In a postcode quirk, the Blackbutt region shared the same 4306 postcode as Ipswich, a city on the fringe of Brisbane,” Mr Littleproud said.

“This resulted in detrimental outcomes for this rural area, but today we’ve secured a new four-digit identity for this South Burnett region.

“I’ve had many discussions with Australia Post on this issue and today they’ve advised me they will change the Blackbutt area’s postcode from 4306 to 4314.

“When I was elected in September last year, one of the first phone calls I received as the new Maranoa MP was from Blackbutt residents who’d been campaigning for years for a new postcode, and today I’m proud to deliver them a win.”

Mr Littleproud said he’d been advised Australia Post will notify residents of the postcode change before the year is out, and will give the community will have ample time to prepare.

However, Australia Post will continue to recognise and deliver mail addressed to 4306 until June 30, 2019.

Rural Blackbutt and metropolitan Ipswich are two separate localities but have been sharing the same 4306 postcode, along with about 56 other areas.

This postcode resulted in a wide range of negative outcomes for the Blackbutt residents, ranging from higher insurance premiums to difficulties in attracting casual backpacker labour.

“For Australia Post, the issue is all about mail delivery efficiency and I’m glad we’ve persuaded them to finally give this South Burnett gem a new mailing identity,” Mr Littleproud said.

One Response to Blackbutt To Get New Postcode