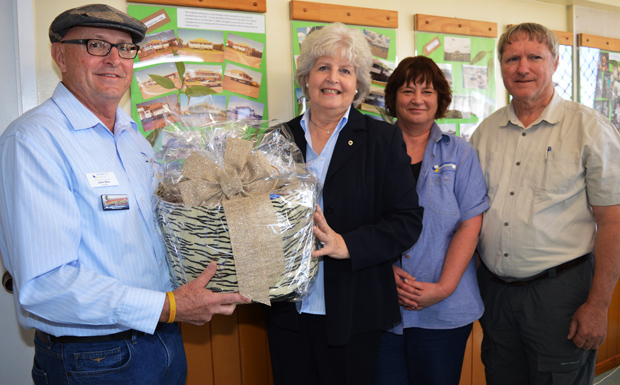 South Burnett CEO Nina Temperton, centre, is congratulated by CTC chairman John Box, HR Manager Janet Champney, who has been with CTC since 1990 when it was still known as South Burnett SkillShare; and former CTC chairman Howard Leisemann, who spent 24 years in the role 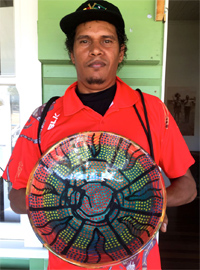 Cherbourg artist James Hopkins made the bowl which was presented to Nina Temperton (Photo: John Box)

South Burnett CTC celebrated Disability Action Week with an Open Day at Gumnut Place in Murgon recently, but the organisers also had a special surprise in store for CTC CEO Nina Temperton.

Gumnut Place is an “Australian Disability Enterprise” (ADE), ie a not-for-profit organisation which provides meaningful employment for people with a significant disability.

The Open Day had been planned as an opportunity to promote the various services that Gumnut Place can supply to the community – everything from a commercial laundry and hardwood pallets to catering and sports trophies – and as another opportunity to explain the National Disability Insurance Scheme (NDIS) which will be coming to the South Burnett on July 1 next year.

It was also an opportunity to thank Stanwell Corporation for their long-term support of Gumnut Place activities and for a recent grant which allowed the expansion of the laundry facilities.

But the Open Day also coincided with another important milestone: it was the exact 25th anniversary of the day that CTC chief executive officer Nina Temperton joined CTC.

Nina has been the driving force behind so many of CTC’s initiatives over the years, from youth services, family support, accommodation services and, of course, the takeover of Gumnut Place.

She has seen CTC through good times and lean times, while funding for some programs rolled in and while other sources of income dried up.

CTC chairman John Box and CTC staff organised a presentation to Nina, which had her blinking back tears.

Nina admitted she didn’t expect to be at CTC for 25 years; she initially thought the role may last four or five years.

“The last 25 years were fantastic but would not have happened without Janet (Champney) and Howard (Leisemann),” she said.

“I really am grateful for 25 great years.” 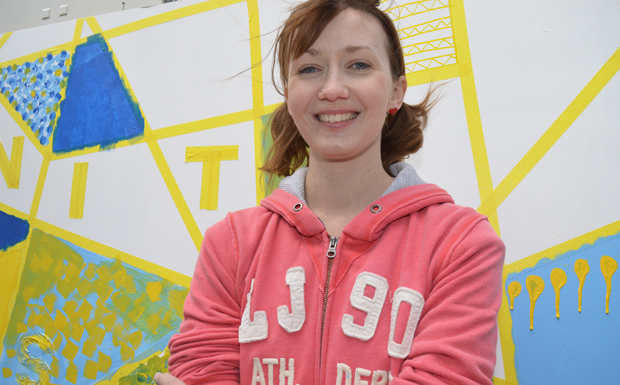 Artist Olivia Everitt, from Kingaroy, was encouraging everyone at the Gumnut Place Open Day to add a touch to a "Community Inclusion" mural 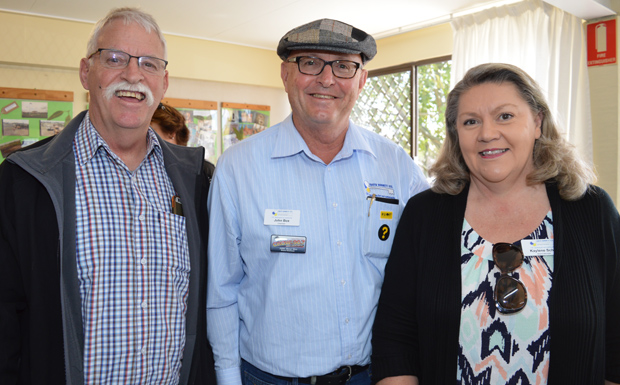 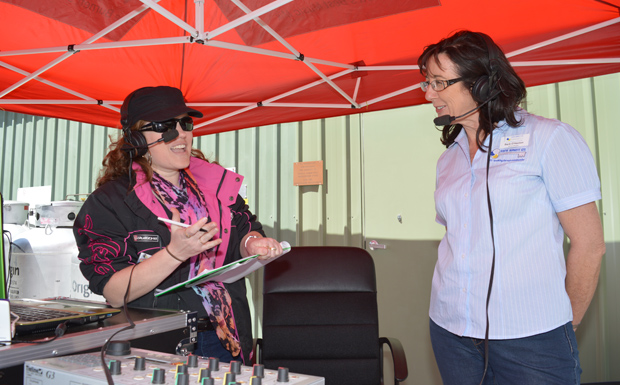 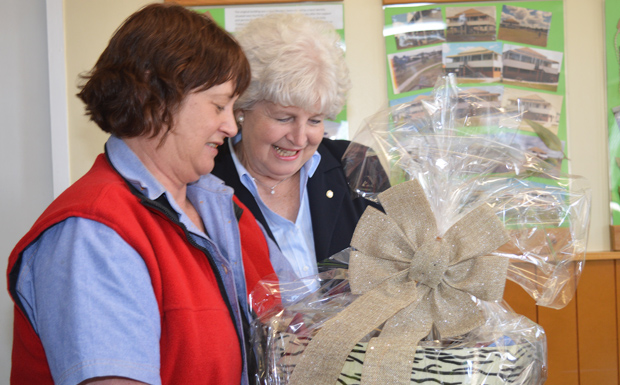 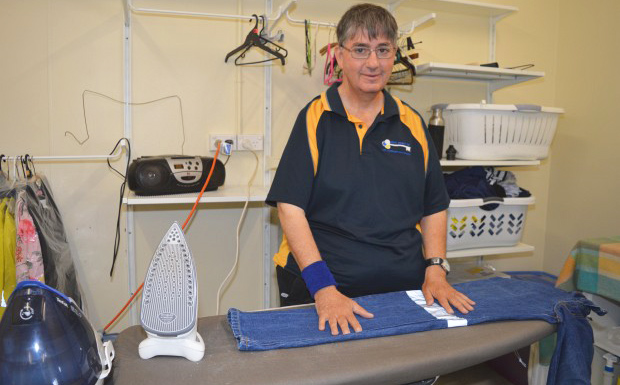 Meet one of the real heroes at Gumnut Place ... Chris Thompson who was ironing work clothes which had come out of the commercial laundry 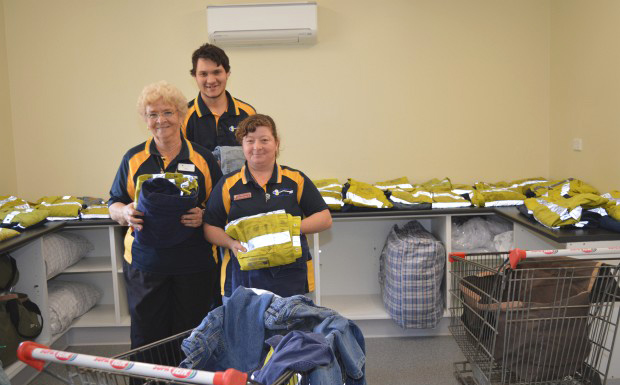 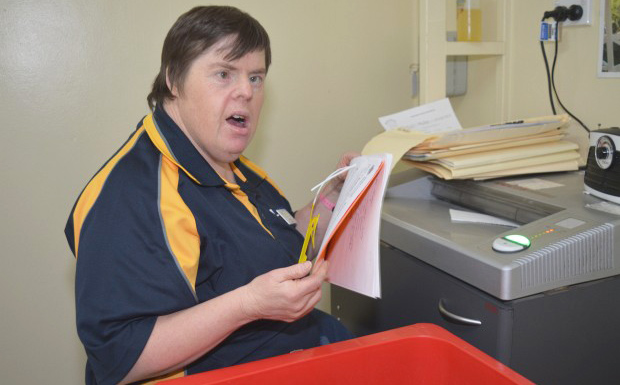 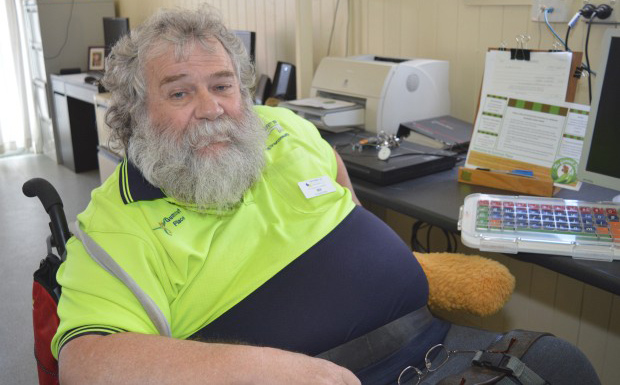 Bill Wessling is the king of the trophy room which turns out trophies, shields, plaques - and even pet tags - for local businesses and sporting teams ... new ergonomic tables were installed in the area recently 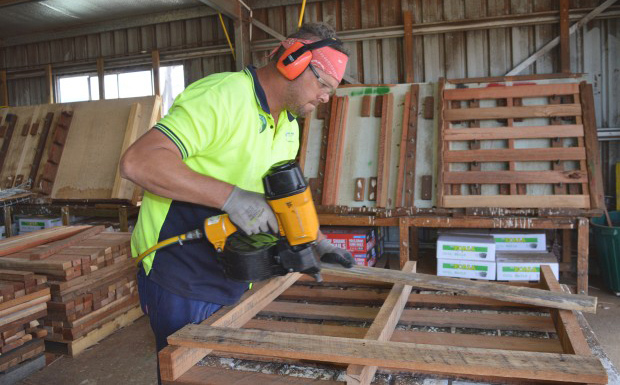 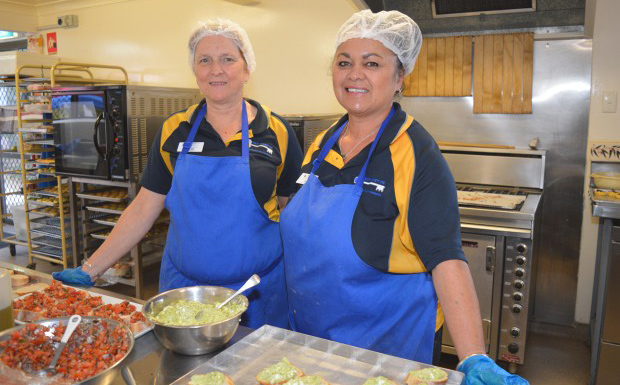 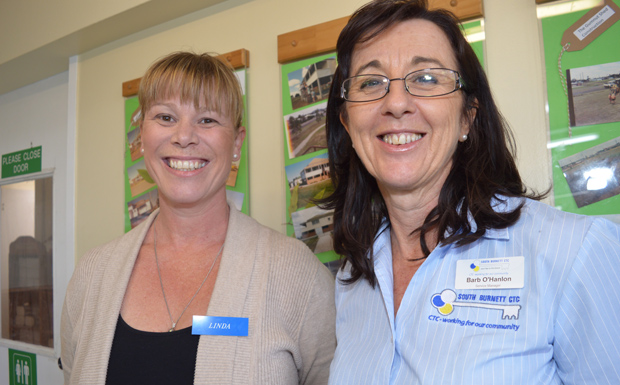 Consultant Linda Hayes, from Corporate Synergies Australia, spoke to the Open Day visitors about the NDIS and the important changes which will be coming to the South Burnett when the national scheme is implemented next July 1..

Linda has been working with CTC and Gumnut Place for about 12 months to prepare the organisation for the scheme.

She has also been providing workshops in the South Burnett  to assist parents and carers.

Linda said Gumnut Place had a small part in the changes … it was cited in a government report that eventually led to the idea of the NDIS.

“The report said we (the government) can do it better because there are organisations around Australia which are doing it better,” she said.

“I really admire the working ethos of everyone involved with this place,” she said.

“Thirty-one years have created an innovative and supportive space.”

Linda said she had been working really hard with CTC and CROSB over the past 12 months to get ready for all the NDIS changes.

She said CTC has achieved registration to provide almost 20 services under the NDIS, and is one of the most broadly registered associations in the South Burnett.

It is also one of only 19 registered specialised employment providers in Queensland.

South Burnett CTC has been registered to provide: 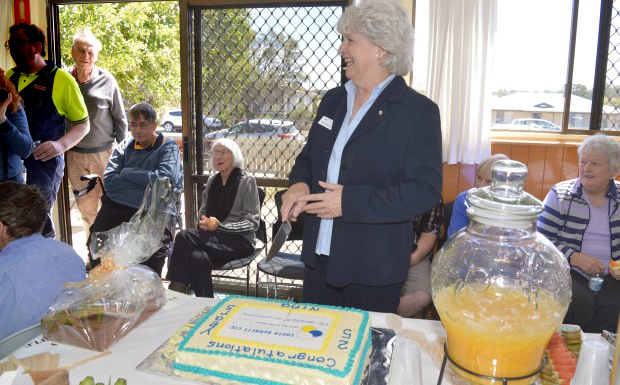 Message to Nina from Member for Nanango Deb Frecklington

Firstly, my sincerest apologies for not being able to attend today’s events at Gumnut Place to celebrate Disability Action Week. I’m sure it will be a fun and successful day.

Secondly, I understand today marks the exact day, 25 years ago, that you started at South Burnett CTC.

Nina, while I can’t be there to personally congratulate you on this significant milestone, I would like to express, on behalf of the whole South Burnett, our sincerest thanks for your hard work, passion and unwavering commitment to our community.

Thank you for all that you do. Here’s to the next 25 years!

One Response to Open Day Catches Nina By Surprise