Families Have Fun In Park 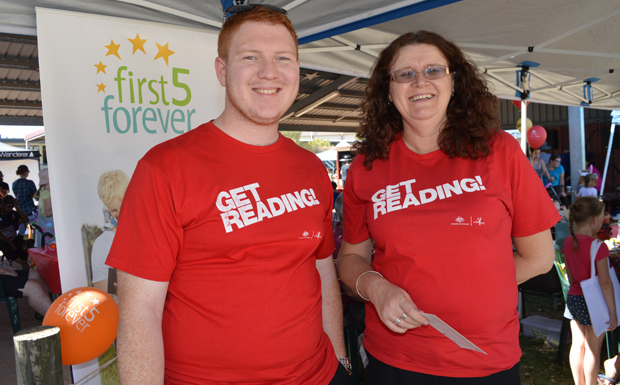 Kingaroy Library had a table promoting the fun of reading ... Nathan Osborne and Julie Jenkins, from the South Burnett Regional Council

When South Burnett CTC threw a free school holidays party for local families, the not-for-profit organisation probably didn’t expect up to 300 people to turn up.

The Family Fun Day was held at the Kingaroy Youth Park  on Wednesday.

CTC staff began preparing the area at 7:00am so they’d be ready for the 11:00am start but to their surprise, parents and children started to arrive much earlier.

A hire bus also came down from Murgon carrying 60 people.

There were a string of activities for the children to explore, including painting, craftwork, ball games, family photos, temporary tattoos and facepainting.

There was also a sausage sizzle, courtesy of Kingaroy Lions Club, and cold drinks.

Stalls were manned by CTC employees as well as staff members from other agencies, including South Burnett Centacare.

All CTC services – including Partners In Foster Care, Family and Child Connect, Intensive Family Support – were involved in organising the day.

Although CTC’s social welfare services played a big role, the activities were not just aimed just at CTC clients.

“It was just a free event for the whole community,” Lee-Anne Reinbott from Family and Child Connect said.

“It was also designed to link people into the services available in the community, and build social pathways with police, child safety, daycare and all the resources for families.” 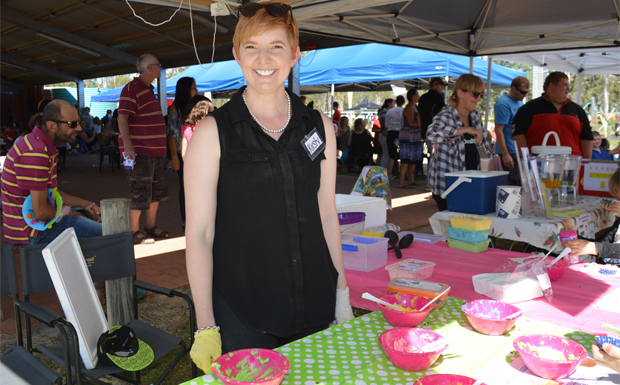 Kirsty Cauley, from CTC CROSB, was directing activities at the cupcake decorating table ... the cupcakes were made at The Gumnut Place in Murgon 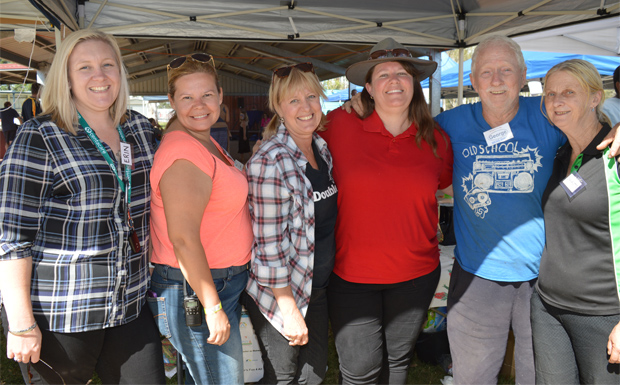 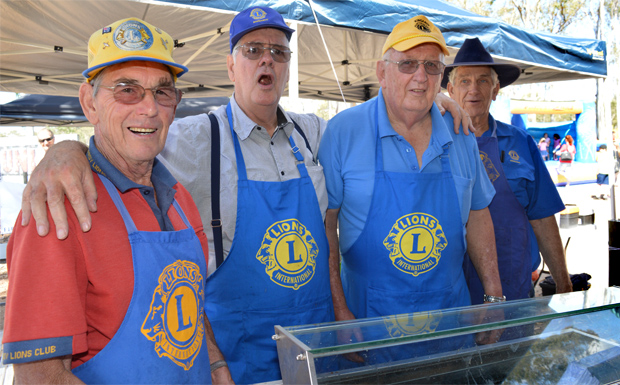 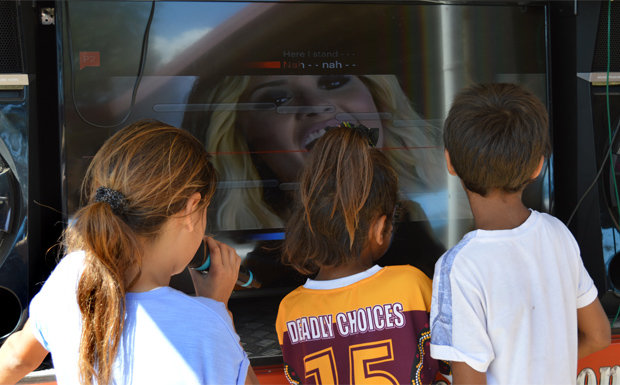 CTC's famous MERV van was in use ... would-be Rihannas and Drakes werre on one side and gamers on the other

One Response to Families Have Fun In Park