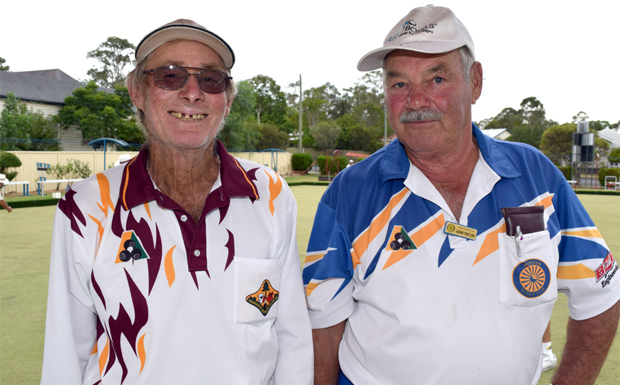 The Kingaroy Bowls Club will be celebrating their 80th birthday with an 80th Anniversary Carnival on Thursday, March 2.

The Youngman Street club has been a feature of the town for almost three-quarters of its existence.

Lately it’s been enjoying a small resurgence in membership thanks to an innovative Corporate League competition set up by Men’s President John Lacey, which challenged local businesses to put together 4-person teams for a relaxed and good-natured Tuesday night bowls competition.

The 80th Anniversary Carnival will be a more formal event, but with such a long history seems likely to draw players from other bowls clubs around the region.

The Carnival will be an Open Fours competition with two games of 16 ends.

It will kick off with morning tea at 9:00am, followed by bowls at 10:00am, with a break for lunch around noon.

Teams can comprise players from more than one club.

Entrants can also nominate individually, and will be allotted to teams where possible.

If you’d like to take part you’ll need to be quick, though: nominations need to be in by Monday, February 27. 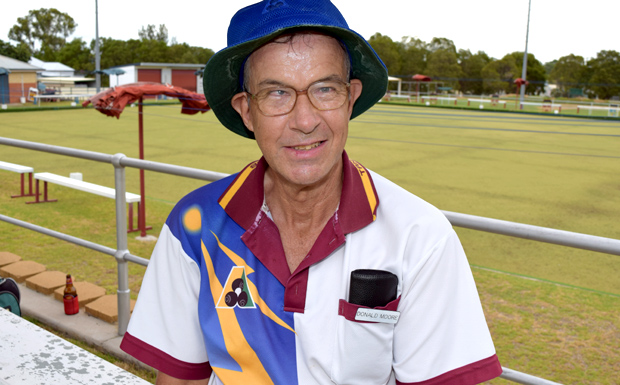 One bowler who drew universal admiration at Kingaroy's President's Day competition was Donald Moore, who plays for Tansey; Donald suffers from a disability but refuses to let it interfere with his pursuit of the sport

On Tuesday, Nanango Bowls Club played Social Triples, with scoring one for an end and six for the win.

The Murgon Bowls Club in Macalister Street, Murgon will be hosting the Murgon Tyre and Auto Team Challenge Fun Bowls Day from 2:00pm this Saturday, February 25.

Green fees are $15 per person, which includes a great BBQ dinner, and under-12s are free.

There’ll also be a jumping castle in the grounds to keep children amused. 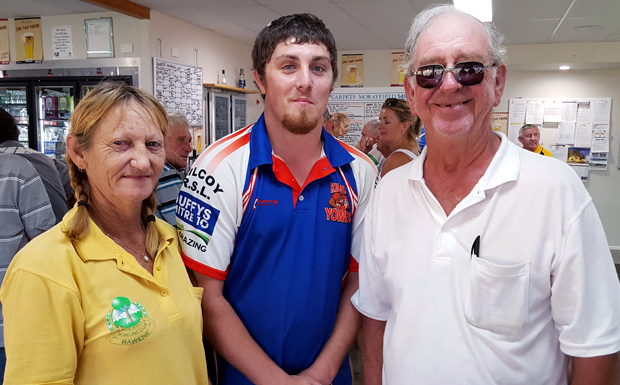 The winners were Maxine Wilcox, Michael Dunn and Cameron Cleland, and in the raffles, Peter from Tugun, Liz Frawley, Lynn Cleland, Tom Brooks, Clinton Morrow (twice!), Josh Cleland and Leigh Irwin also had wins of their own.

Last Tuesday in the Star of the Green competition, Jef Welden defeated Tom Brooks in a closely fought game and will now go on to play Elayne Moat on Tuesday, March 7. 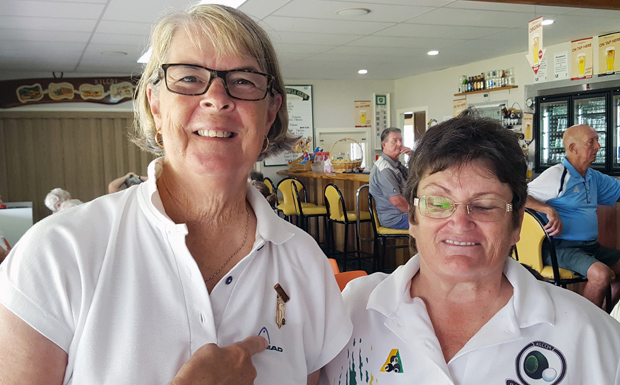 Teams for this Sunday’s (February 26) Webster Shield match against Toogoolawah at Kilcoy are:

Peter Playford and Brett Kelly are reserves, and play starts at 12.30pm.