Santa Tees Off At Kumbia 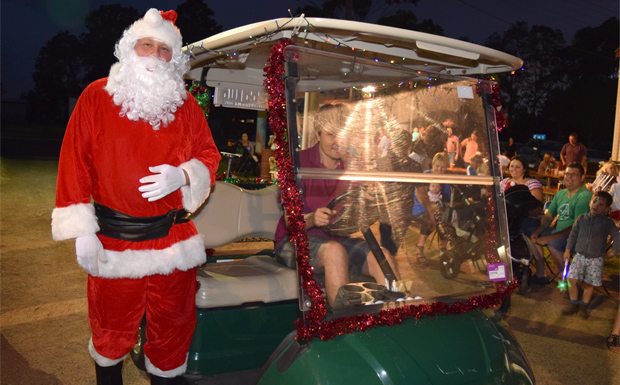 No police car this year ... Santa decided to try something different and arrived at Kumbia's 2016 Christmas Carnival in a golf cart instead

When Santa arrived at this year’s Kumbia Christmas Carnival on Sunday night in a golf buggy, no-one was surprised and few children seemed to care.

Over the course of the last 17 years the jolly gentleman in the red suit has arrived at the popular annual event in all sorts of conveyances … and the only important thing for most children is that he always arrives, not how he chooses to get there.

This year’s Carnival was held in the grounds of Kumbia Hall in near-perfect weather, and drew its usual crowd even though the number of stallholders was slightly down and the signature Lucky Bottle stand was missing for the first time in many years.

No-one seemed entirely sure why these things were so.

But it didn’t dent the festive atmosphere, which saw most seating filled well before sundown and a steady stream of patrons queueing at the barbecues for a dinner of hamburgers or steakburgers, chips and soft drinks.

As usual, a giant decorated Christmas Tree loomed merrily over the grounds and there was a small selection of heavily patronised amusement rides to keep young ones amused.

The Kumbia and District Historical Society opened their museum for the evening to give visitors the opportunity to browse its extensive, well-presented displays.

Inside Kumbia Hall, guests could look over a small but sparkling array of Christmas trees in the traditional Decorated Christmas Tree competition.

And out in the grounds, the ever-popular Ham Wheel was kept busily spinning all evening, churning out a long string of prizes for lucky ticket-holders while ticket-sellers roamed through the crowd.

While most patrons dressed casually for the Carnival, a few put on Yuletide caps and face paint, and a stand offering light sabres for young Luke (and Lucy) Skywalkers did good business once the sun dipped below the horizon.

But when Santa arrived all eyes – especially young eyes – quickly turned to the jolly gentleman and any possible gifts he might have brought along.

Most children went away happy by the end of the night. 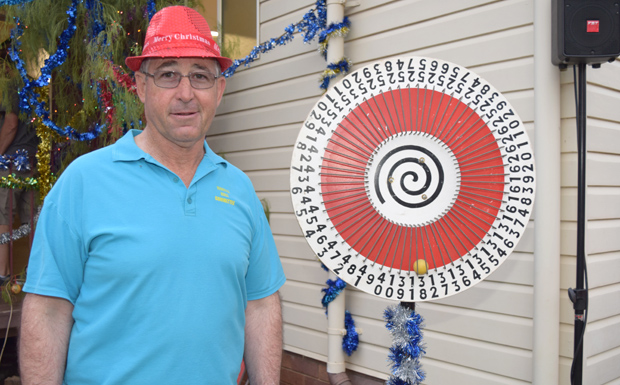 Jim Hancock from the Kumbia Hall Committee kept the popular Ham Wheel spinning out prizes all night ... there was no shortage of ticket buyers 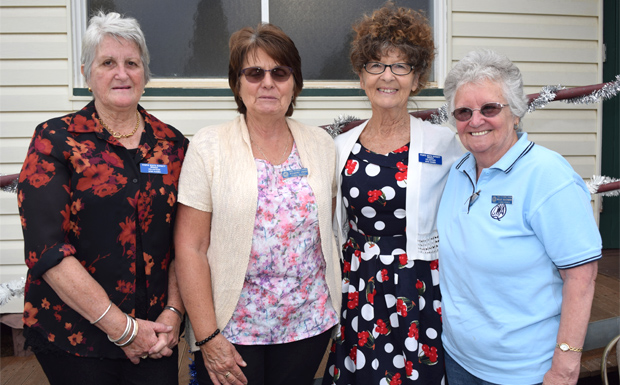 It wouldn't be a Christmas Carnival without treats from the Kumbia QCWA ... and Gayle Szylejko, Julianne Cross, Judy Pickering and Mollie Kratzmann had a large table full of Yuletide goodies 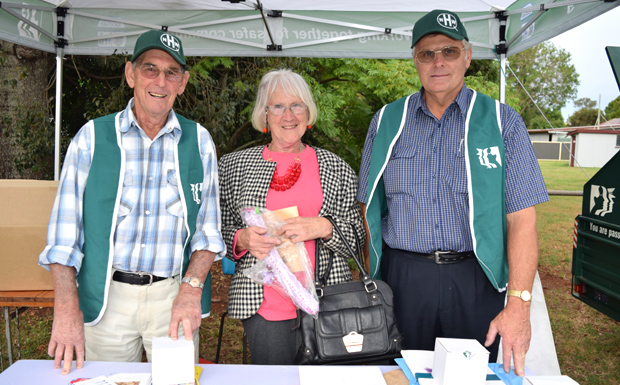 Jeff Hills and Morris Winter, from Kumbia Rural Watch, were happy to give Eunice McKenzie tips on household and neighbourhood security 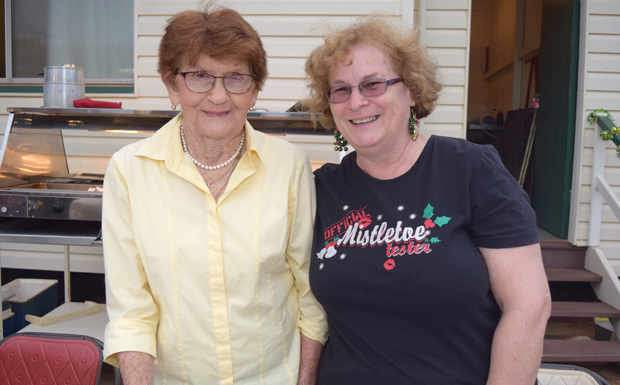 Would you like chips with that, sir? Kumbia's Josie McConville and Michelle Cartlidge were kept busy all night selling tickets for barbecue meals 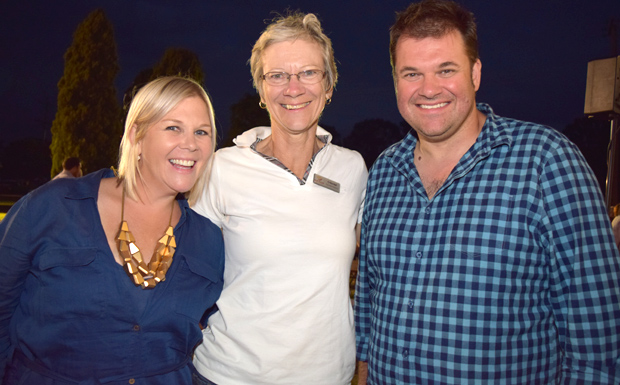 Jules Entwistle, Cr Ros Heit and Adam Entwistle had fun chatting about the joys of country life as they waited for Santa to arrive; Adam was taking a break from being Santa's chauffeur this year