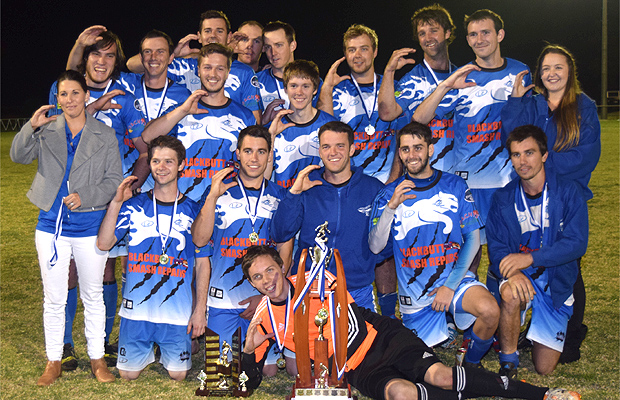 Saturday was a perfect day for the Evolution Solar Football League Grand Finals in Nanango.

Once again the Panthers Club hosted a wonderful day and Fred Kassulke Oval was in great condition.

The day was also used as a fundraiser for the Australian Multiple Sclerosis Society as support for Ex-Panther player Justin Mangan who has been diagnosed with MS (donate at www.mssociety.org.au)

Nanango were involved in all three Grand Finals but their hopes of a clean sweep vanished in 2nd Division.

Every team in the competition has been searching for a way to beat Nanango who have been the benchmark in men’s football in the South Burnett for three years.

The only blips were a 2-0 loss to Gunners in last year’s President’s Cup and a 2-1 loss to Willowburn in the FFA Cup. This season they have gone through the premiership season not only undefeated but not dropping a point.

Barambah have played well this year despite losing six players over the season due to different reasons. With nothing to lose they posed a real danger to this Nanango side.

Nanango attacked from the kick-off and used the blistering pace of David Ashby and Thomas Mangan to propel the team forward.

It paid off in the 11th minute when Elliot Mangan slotted in a close-range shot to give Nanango an early lead.

That lead was short lived when Barambah were awarded a penalty for a foul inside the box.

Sheldon Livingstone made no mistake with the kick and it was 1-1.

Both teams looked to use the width of the park and the game opened up.

In the 31st minute Elliot Mangan scored his second from close range to give Nanango the lead once again.

A minute before halftime Nanango were awarded a penalty for an indiscretion by the Barambah keeper. Kieran Askin scored from the penalty to give Nanango a 3-1 lead at half-time.

The second half was a real battle with very few chances. Both defences stood strong and in the end no more goals were scored.

It was a valiant effort from Barambah who can hold their heads high.

And well done to Nanango. It is no mean feat to go through a season undefeated;  it is a huge deal to do it three years in a row.

Congratulations to Lauren Mangan and the team.

Best on the park was Jayden Mollenhauer for Barambah and Elliot Mangan for Nanango. 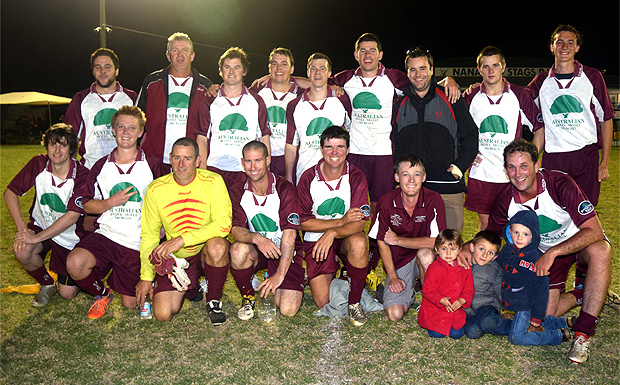 Barambah's 1st Division side put up a tremendous effort, keeping the Panthers scoreless throughout the second half and giving spectators a tremendous game to watch 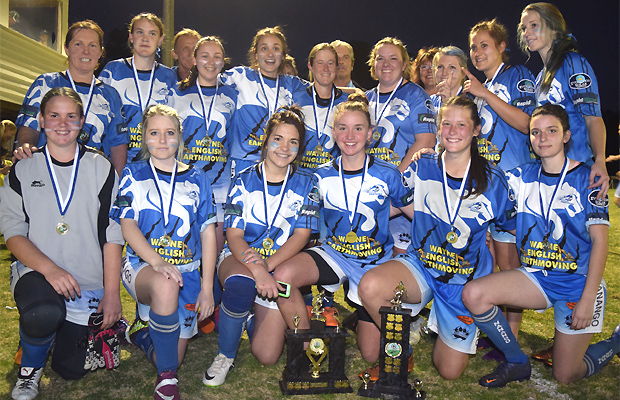 The Panthers Women's Division team had a narrow win over Wests in the Grand Final; the team had already won the season's Minor Premiership

In last year’s grand final Nanango stunned Wests 5-0 but from the kick-off this year you could tell this game would go right down to the wire.

Nanango started strongly, stretching the Wests’ defence and in the 10th minute they sounded a warning with Cassie Kelly’s header hitting the cross bar.

Wests weathered the storm and started mounting some attacks of their own through Courtney Thompson but came up empty handed.

In the 29th minute, Cassie Kelly had a hard shot saved as Nanango pressed forward and dominated the last minutes of the second half.

In the second half Wests came out with renewed energy and really took the game to Nanango with some brilliant runs from Anna Logan.

Both teams fought hard as the game finished 0-0 in regular time.

Extra Time started and both teams would not give in but disaster struck for Wests when trying to clear the ball from a crowded goal square Wests put the ball in their own net.

Both teams battled hard to the end but Nanango went on the win the match.

It’s a terrible way to lose and not a great way to win, but that’s football.

Best on the park was Cassie Kelly for Nanango and Anna Logan for Wests. 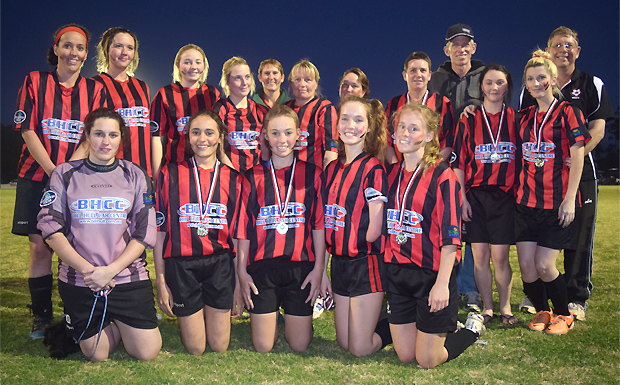 After battling their way into the Grand Final and keeping the Panthers scoreless, Wests Women's Division came undone at the last minute with an own goal 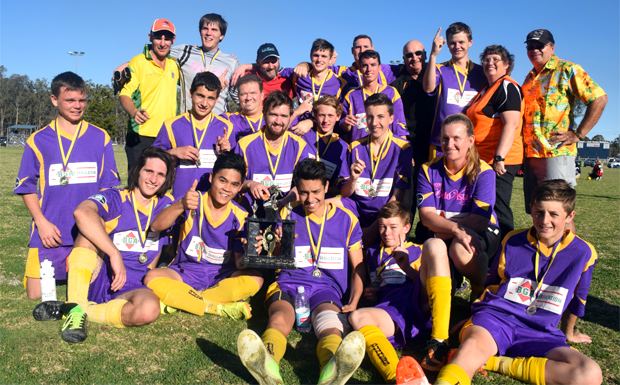 Nanango started the game strongly and tried to outmuscle Gunners on the ball, however the young Gunners side stood their ground and matched Nanango in a great midfield battle.

Neither team had any real significant goal scoring chances.

In the 21st minute, Callum Cook scored following a Matt Major shot that rebounded from the keeper to give Gunners the lead.

Callum Cook made lots of inroads through the Nanango defence but Gunners could not capitalise.

Nanango stayed patient and in the 29th minute Karl Pichlis pounced on a loose ball, scoring just inside the post to bring Nanango level.

Nanango game out determined in the second half.

Three minutes in Jesse Lean hit the crossbar after another nervous moment from the Gunners’ keeper however the ball did not cross the line entirely.

In the 62nd minute, Gunners’  Tin Truong put his side ahead, scoring inside the left hand post.

Nanango went in search of another equaliser and almost got one in the 64th minute during a scuffle in front of goal.

Seven minutes from full-time Nanango was reduced to ten players after Trevor Holt was red carded.

Nanango still pressed for an equaliser but could not crack the Nanango defence.

Best on the park was Callum Cook for Gunners and Jamie Ballinger for Nanango. 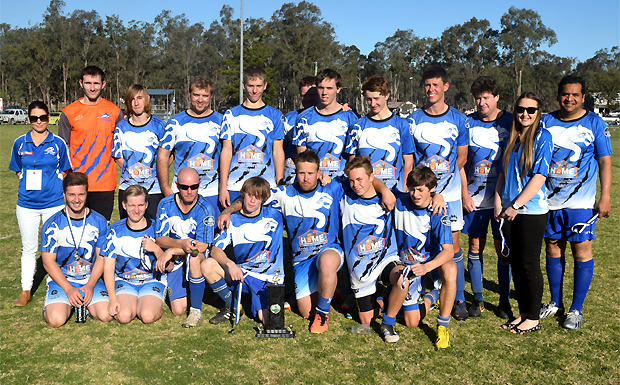 The Panthers 2nd Division side played hard, but in the end went down to Gunners 2-1 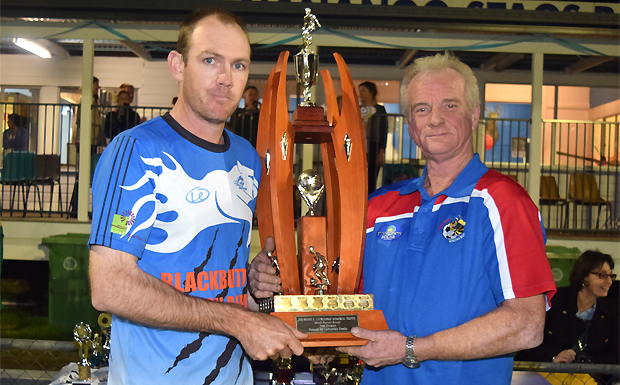 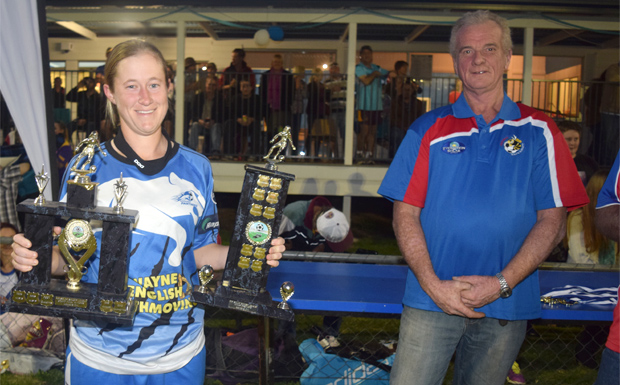