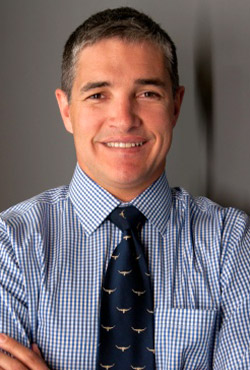 “The Queensland Government is still committed to its unrealistic and unnecessary policy of quarantine and eradication of BJD and it’s this policy that is causing hardship for the producers,” Mr Katter said.

He said hundreds of high value bulls were being needlessly slaughtered throughout Queensland.

“Agriculture Minister John McVeigh needs to take a step back and look at what his government’s stance is doing to Queensland’s beef industry,” Mr Katter said.

There are currently 150 properties under quarantine or movement restriction since three animals with BJD were discovered on a central Queensland cattle stud last November.

“In the meantime, because the Newman government has moved to close down biosecurity testing labs in Townsville and at Toowoomba, the remaining lab at Coopers Plains in Brisbane cannot cope with the volume of tests.”

After the closures, two scientists and three or four laboratory assistants would remain to service the whole of the State, he said.

“This is a critical loss of experience and expertise at a time when it is most needed.”

Mr Katter said if the government was going to pursue its policy of quarantine, testing and eradication, then it must keep the biosecurity labs open so properties currently affected by BJD would be tested within the timeframes laid down by the government.

“At the moment, all suspect animals must first be tested at the convenience of the State testing facility and producers must then wait the three months of culture testing for a result,” he said.

Mr Katter said he had been told by several producers and veterinary surgeons that the faecal and blood tests were proven to be unreliable.

“Retesting may often be necessary, so even straightforward cases may take 12 to 15 months for quarantine release.”

For the producers, it means their cash flows were halted and they can’t advertise their products for sale.

Mr Katter said the quarantine policy was far too harsh for a disease which was present in other States in Australia and most of the countries Australia traded with, and was not transferable to humans.

“It’s not foot and mouth, but the policy is as harsh as if it was, and it’s causing huge distress and inconvenience to Queensland producers,” he said.

Mr Katter said the current lockdown through quarantine was making it difficult for producers to manage their stock through the current drought because of the movement restrictions.

He supported a policy of “producer management” rather than quarantine.

“Quarantine or eradication of the disease is completely unrealistic and far too costly,” he said.

Even Leptospirosis, which was harmful to humans, didn’t have the same draconian quarantine plan, Mr Katter said.

“BJD is present in most of the countries Australia trades with, and all our export markets probably have BJD already.

“The solution is to deregulate the disease and return the management of the disease to the producers.”

Mr Katter said there was no cure for BJD however there was a vaccine which helped to prevent the shedding of bacteria and this should be made available to producers.