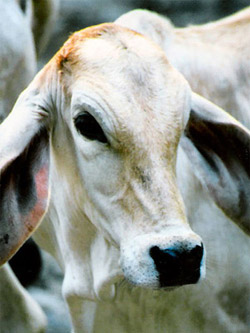 More than 815 animals have been tested for BJD so far

Two more Queensland properties have been detected with single animals suspected of having Bovine Johne’s Disease, although final confirmation is awaiting the results of further tests.

These animals are believed to have come from the original infected property in Central Queensland.

Biosecurity Queensland said today the number of Queensland cattle properties under movement restrictions for BJD has been reduced from 170 to 124.

To date, laboratories have received samples from 50 properties, 815 animals and 821 tissue samples.

Risk assessments have been completed for a number of properties which had wanted to send cattle to the Big Country bull sale on February 11-12.

The spokesman said a number of properties will be allowed to send bulls to the sale after full risk assessments were conducted.

Arrangements are being made to transfer BJD testing to Coopers Plains Laboratory in Brisbane and arrangements are also in place for more tests to be conducted in interstate laboratories should they be required.

The Department of Agriculture, Fisheries and Forestry this week hosted the first meeting of the newly formed BJD Industry Advisory Committee.

The group has been set up to provide ongoing advice to the Queensland Government about BJD in Queensland and impacts on industry.

Protected zones are recognised as those areas where there is little or no evidence of BJD, there is a high level of confidence that if disease were present it would be detected and on-going surveillance is occurring.

“Keeping this status should be a priority if we are to fully protect our existing markets and provide surety of these markets into the future for more than 11 million head of cattle in Queensland and the financial viability of the people who produce them,” Mr Smith said.

“The technical advice we have from the Queensland Government says we can control the disease and it is far too early to give up on protecting our State from BJD.

“In saying this AgForce also acknowledges the retention of Protected Zone status will rely on a small group of affected people having to work through quarantine and testing regimes to eradicate this incursion.

“We understand this is by no means easy for those impacted, however an all of industry approach must be taken for the long term benefit of the entire cattle sector.”

Mr Smith said it was also important restrictive and costly regulations were not put on the broader industry as a result of the BJD detection as has been the case in other states.

“This would put immeasurable costs and productivity pressure on the whole industry in the long term,” he said.