Hard Work and Persistence
Will Pay Off, Jobseekers Told 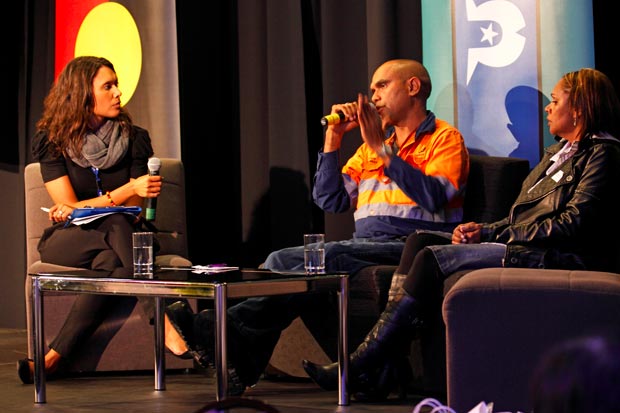 The right path for indigenous jobseekers hoping to securing a job in the booming resource sector is all about hard work, persistence and asking as many questions as possible.

This was the message from rugby league star Preston Campbell who was a keynote speaker at Regional Development Australia Wide Bay Burnett’s “Setting the Record Straight” jobs conference held in Maryborough last week.

Preston was among a host of speakers at the one-day event which aimed to connect Aboriginal and Torres Strait Islander jobseekers to employment opportunities generated by Australia’s mining and resource industries.

The conference attracted more than 180 delegates – including more than 100 indigenous jobseekers – and was coordinated by RDAWBB’s Indigenous Employment Co-Ordinator Kerry-Ann Corowa.

RDAWBB Executive Officer Paul Massingham said the conference was a critical starting point in guiding Aboriginal and Torres Strait Island communities to the opportunities presented by mining in the region.

“Our objective was to provide the necessary information to help indigenous jobseekers find work in the mines or discover the best training pathways to become more employable,” he said.

“With more than 4000 construction jobs and 1400 operational roles being created at a new mine in the Galilee Basin alone, it’s obvious that the opportunities are there, and we want to ensure that everyone has a chance to benefit.”

The conference agenda addressed issues such as understanding and overcoming cultural barriers, preparation for jobs such as resume creation and interview techniques, as well as navigating through the most appropriate training avenues to develop relevant skills and knowledge.

Mr Neil Aikman, the Business Development Manager with Kinetic Group, a skills adviser to the resource sector, said a lack of clear training pathways was a key barrier to bridging the gap between jobs and jobseekers.

“Without the right guidance it’s daunting to contemplate changing career path or entering a new world of work. The conference opened a lot of doors to people and focussed on demystifying the process of getting the right skills to get the right job,” he said.

Representing the resource sector, Todd Phillips, from Thiess, agreed that upskilling was critical to securing a job in the sector.

“Many people assume that because the mining sector is experiencing such continual growth it’s easy to walk into a job,” Mr Phillips said.

“But our industry, like any other, needs skilled workers and that’s been a great outcome of the conference; that it has provided a concentrated forum to share knowledge and start connecting people to the right resources.” 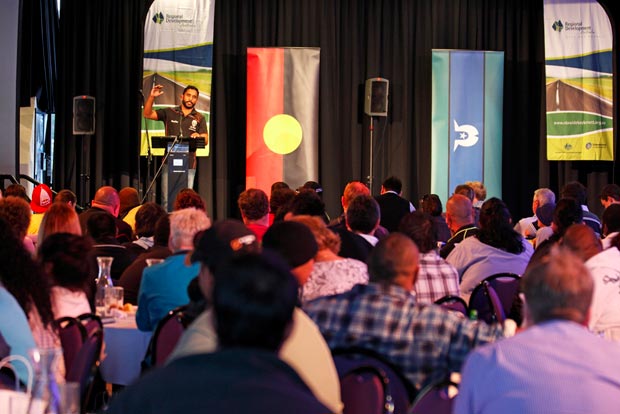