“Motorists will have to put up with a sub-standard highway as Labor has failed to identify any additional funding for the much needed Cooroy to Curra project over the next four years.

“Our region continues to suffer from high unemployment rates but the Budget failed to establish any special regional development programs to stimulate the economy and create jobs.

“Budget 2012 is Australia’s first carbon tax Budget. Labor’s cash giveaways will pale into insignificance once the carbon tax kicks in on July 1. The carbon tax will hit families, jobs and investment at the worst possible time.

“The carbon tax will act as a wrecking ball across the local economy and everyone will pay for it through increased prices, higher energy bills and pressure on local businesses.

“Wayne Swan’s promise of a tough Budget has proven to be a hoax. A tough Budget is one that controls spending and invests wisely. In contrast, Labor’s Budget continues to borrow and spend and imposes new and increased taxes to fund its wasteful spending.

“The Gillard Labor Government’s Budget increases Australia’s debt ceiling to a record $300 billion – four times higher than it was in 2008. This is another increase in our nation’s credit card limit that will take net government debt to a record in 2013-14 – almost $40 billion since last year’s Budget.

“By 2015-16, government spending on interest payments alone will be over $8 billion a year or around $22 million a day. Big government borrowings add to the pressure on interest rates.

“Regardless of what the Reserve Bank of Australia does with official rates, excessive government borrowings puts upward pressure on market interest rates as the government competes with the private sector for finance.

“All Australians are now paying the price for Labor’s four record deficits, which together total $174 billion.”

Mr Truss said he was concerned that the Budget papers forecast a rise in unemployment to 5.5 per cent.

“Last year’s Budget promised 500,000 new jobs over two years but the government now expects to miss its target by 300,000 jobs. But the government is cutting $200 million out of jobs services programs,” he said.

“The unemployment forecast and cuts to job services programs will hurt Wide Bay jobseekers and families.

“Labor’s carbon tax Budget proves again how weak, unstable, and directionless Labor is. Labor lacks the leadership to do what is right for Australian families and businesses.”

On a State level, Member for Nanango Deb Frecklington agreed with Mr Truss, saying today that the latest Federal Budget was “a disappointing result for the Nanango Electorate and for all Queenslanders”.

Mrs Frecklington said Queensland had received no funding for critical road, rail and port infrastructure, with a prime example being the nearby Bruce Highway.

“Many of my constituents frequently use the Bruce Highway and it is disappointing that the Budget has ignored the urgent funding needs of all the communities along one of our major transit routes,” she said.

“The Newman Government has put $1 billion on the table to upgrade the Bruce Highway on the condition the Federal Government urgently brings forward funds to fix this link within 10 years.

“In its first 30 days, the LNP Government established a Bruce Highway Crisis Management Group to campaign for more federal funds.

“The Bruce Highway is part of National Highway One and the Federal Government must meet its responsibility to fund it adequately.” 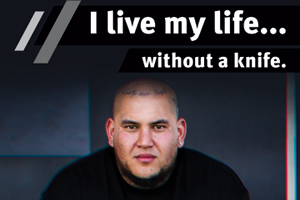