It’s been a long build-up but the 2022 South Burnett Rugby League season will finally kick off on Saturday with a full day of junior and senior games at Kassulke Oval in Nanango.

Clubs are again taking turns this year to host all junior and senior games on one day, a formula that has worked well in recent years.

The Nanango Stags have locked in Round 1, with junior games getting under way at 8:00am for Under 6s and Under 10s, followed by Under 8s and Under 12s.

In the competitive Under 14s, Murgon will take on Chinchilla at 11:30am and Nanango will play Murgon at 4:15pm.

A Grade games will be played under lights: Nanango v Wondai at 5:15pm, and Kingaroy v Cherbourg at 6:45pm.

The season was officially launched on Wednesday with a sponsors’ night at the Kingaroy Red Ants’ clubhouse at T.J. O’Neill Oval.

The pair came up from Brisbane earlier in the day to take part in Beyond The Nest training sessions for Under 13s through to Under 18s.

The young players from across the South Burnett and Chinchilla were divided into four groups to be put through skills drills.

Kurt told southburnett.com.au that the Dolphins – who will be entering the NRL competition next year – are forging links with teams across the Wide Bay and Central Queensland.

This provides a possible pathway to bigger competitions for players who want to take their League to a higher level.

It was the second recent visit to Kingaroy by Kurt, who also took part in a BTN training day in March.

He said he was impressed by the excellent turnout at Wednesday’s session as well as the recent Beyond The Nest three-day training camp at Murgon.

Sixty-five young players took part in the intensive sessions at the Murgon camp, including youngsters from Chinchilla for the first time.

Beyond The Nest Training 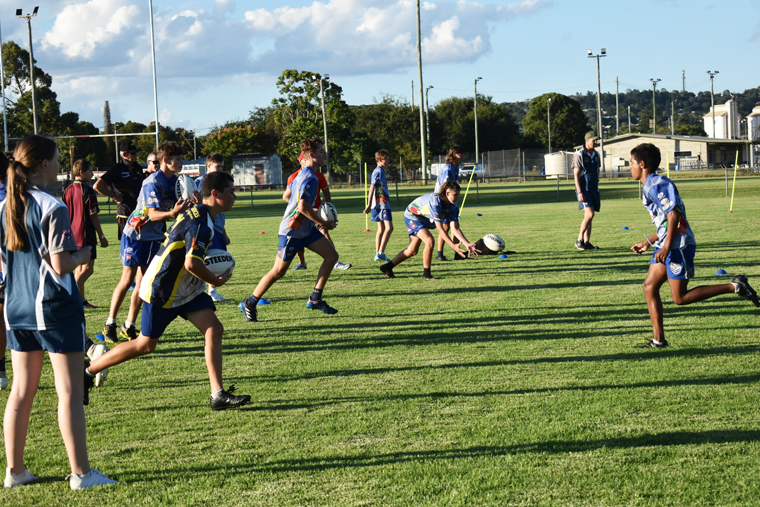 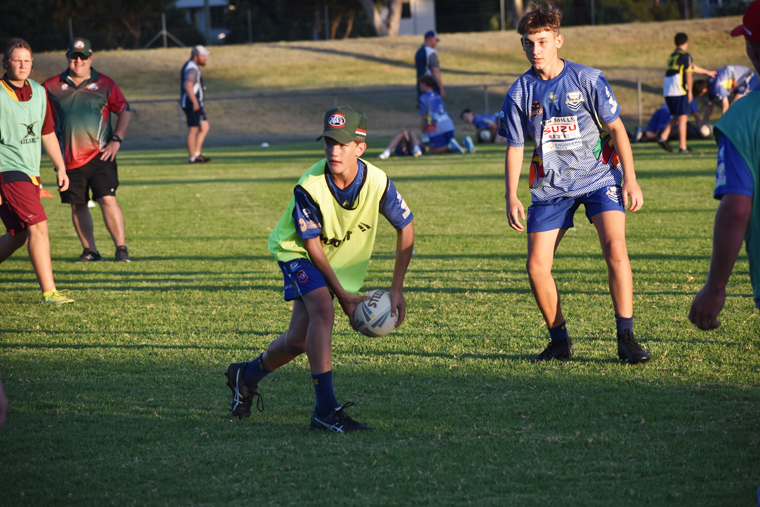 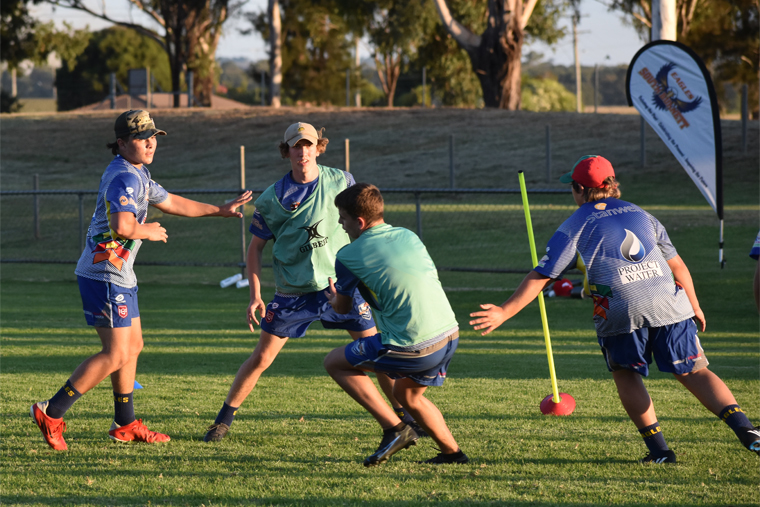 Council’s official awards night in January was cancelled due to the pandemic.

Local fans will be hoping the Wolves will be able to repeat their pre-season form – three big wins! – when the South Burnett season kicks off this weekend.

So far this year, the Wolves have taken out the Mundubbera 9s carnival and scored a stunning 32-0 victory over the Across The Waves’ B Grade side in Kingaroy.

This time, playing before a home crowd, the Wondai team smashed 2021 grand finalists Murgon Mustangs 36-8 in a trial game played in thirds (ie. not halves or quarters).

Murgon tries were scored by Karl Berlin and Elwyn Fewquandie.

This was definitely the highlight of the day for the large home crowd who also enjoyed a Round 7 Mal Meninga Cup game between the U18s Wide Bay Bulls and Ipswich Jets and the trials for the Wide Bay women’s squad.

The Jets overpowered the Bulls 46-6 despite support for Wide Bay from the Wondai crowd.

Selections for the Wide Bay Rangers’ men’s 47th Battalion side will be made after training runs at Murgon Sportsground from 9:30am on Sunday (April 24) and from 6:30pm on Wednesday (April 27).

The 47th Battalion Carnival will be played in Gladstone from April 29-May 1.