Other new locations added to the list are at Miles, Taroom, the Sunshine Coast, Gold Coast, Brisbane and Cairns.

The Toowoomba and Dalby locations are:

Nine of these were locally acquired, seven were acquired interstate and four were detected in quarantine.

Four of the new cases have not been linked to other cases and a further two are under investigation.

Health Minister Yvette D’Ath said there were now five confirmed Omicron cases in the State, with several linked to the Newcastle outbreak.

In NSW, a record 2213 cases were announced on Friday, the highest figure since the pandemic began.

In Victoria, there were 1510 new cases and seven more deaths during the past 24 hours.

Speaking in Sydney, Prime Minister Scott Morrison said Australia could not go back to lockdowns, despite the latest figures.

“Right from the start of this pandemic, we have always sought to balance saving lives and saving livelihoods,” he said.

He said serious illness or hospitalisation should be the deciding factor rather than the number of cases.

The latest cumulative statistics for Australia from the Federal Department of Health: 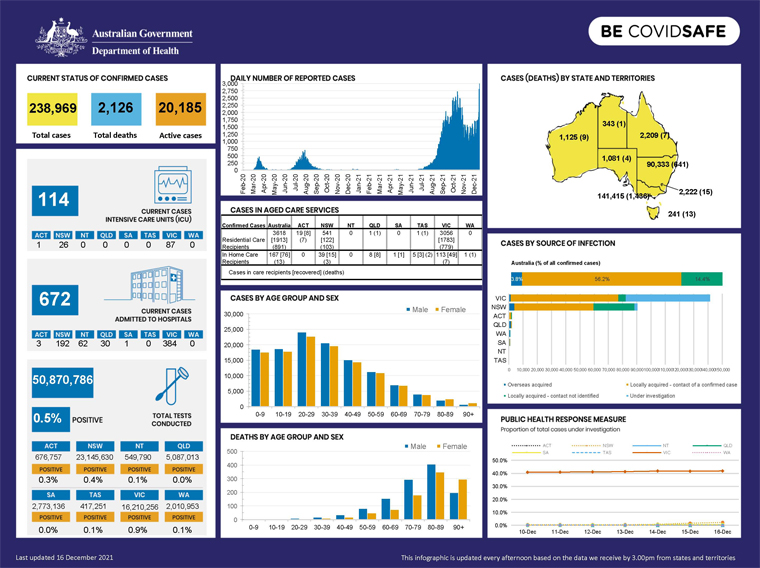