Father’s Day was always going to be a special day for Kumbia residents.

COVID uncertainty forced the cancellation of the planned Kumbia Country Festival but that didn’t stop local residents getting out to enjoy another special event on Sunday morning, courtesy of the Queensland branch of the Veteran Car Club of Australia.

And it also turned out to be a very special Father’s Day for Kingaroy resident Graham Crittenden, the longest-serving member of the car club and a special guest at Kumbia.

The three-day South Burnett rally was organised by his daughter Sally York, who also happens to be the club president.

The club had planned to drop in on the Kumbia festival as part of their South Burnett visit, but when the festival was cancelled pressed on with their plans anyway.

Many dressed in period costume for the occasion.

The club members were greeted in Kumbia with live music and hamburgers, plus an appreciative crowd of local spectators.

The threat of rain forced an early departure for some of the more than 40 vehicles (many don’t have windscreen wipers!) but it wasn’t before a spectacular turnout in the grounds of the Kumbia School Of Arts Memorial Hall.

The vehicles were trailered into Kingaroy late last week and spent Friday, Saturday and Sunday exploring the area.

As well as Kumbia, the rally visited Steve Hood’s rim-making workshop just outside Kingaroy, Taabinga Homestead and the Grand Hotel at Wooroolin.

They also dropped into Kingaroy Showgrounds on Saturday morning where the drivers took part in some novelty events.

Graham has been a Queensland Veteran Car Club member for 65 years.

He told southburnett.com.au he still has the first car he insured when he was just 16, a 1909 Stoewer.

Until recently Graham and his wife Marjorie had nine vehicles, but they have since whittled the collection down to five.

The couple’s best-known car is probably “Whitey”, a 1912 Model 61 Overland racer which set the Brisbane-Toowoomba and Sydney-Brisbane speed records in 1918. 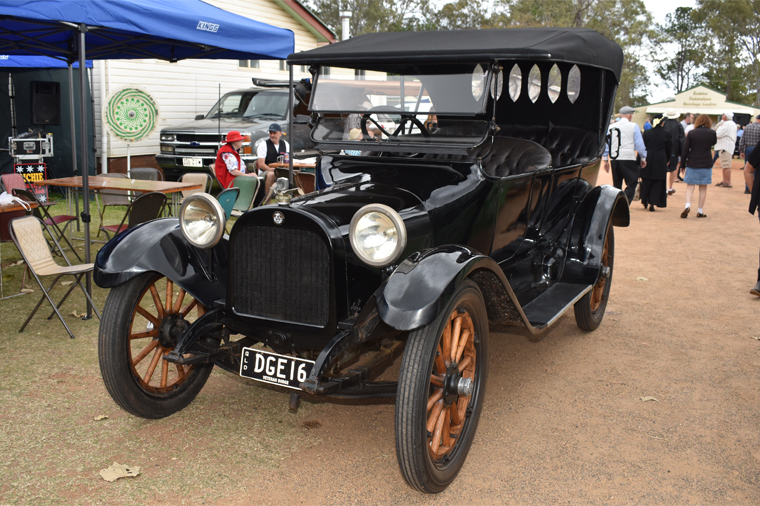 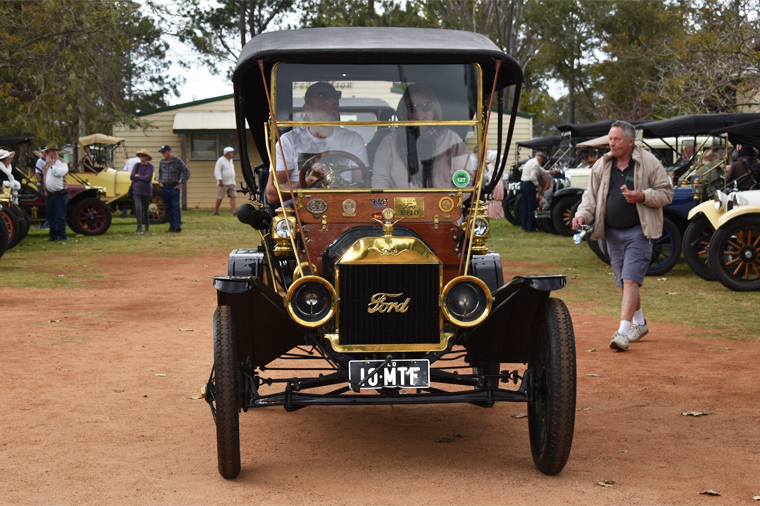 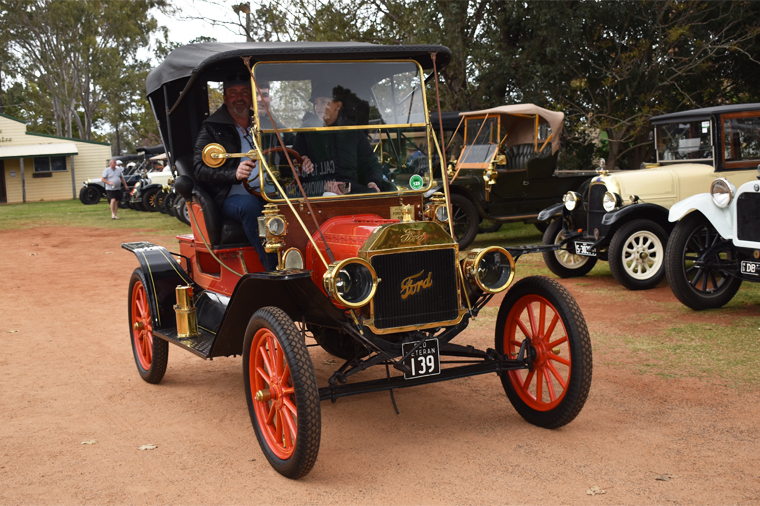 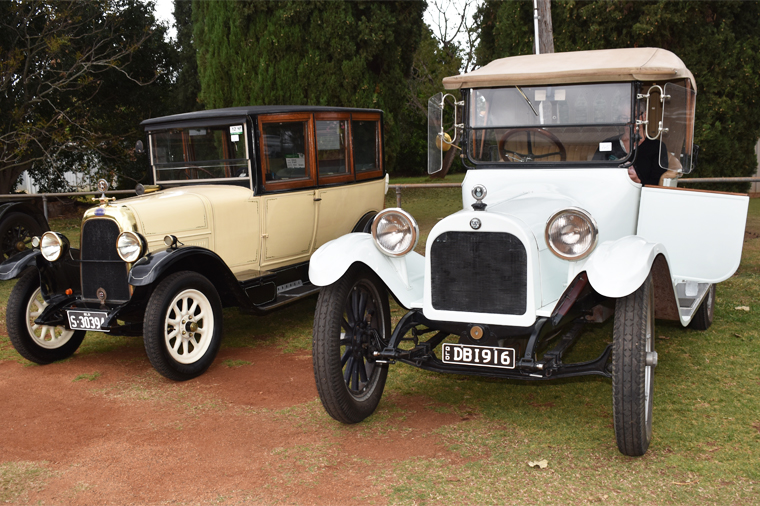 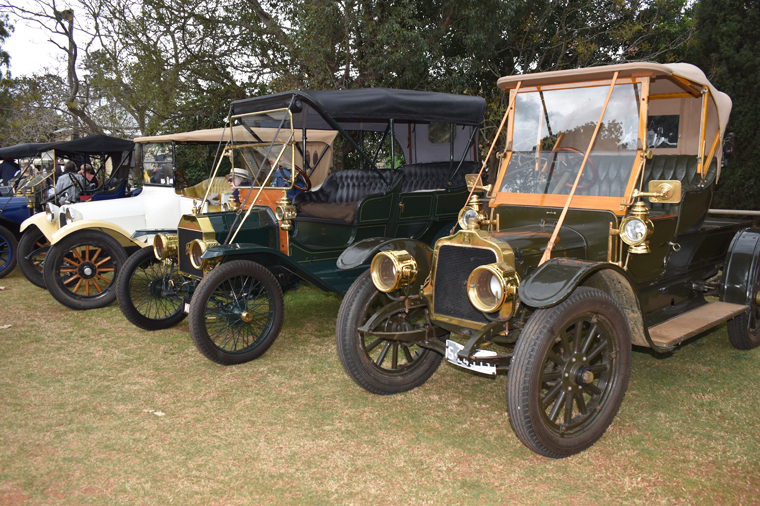 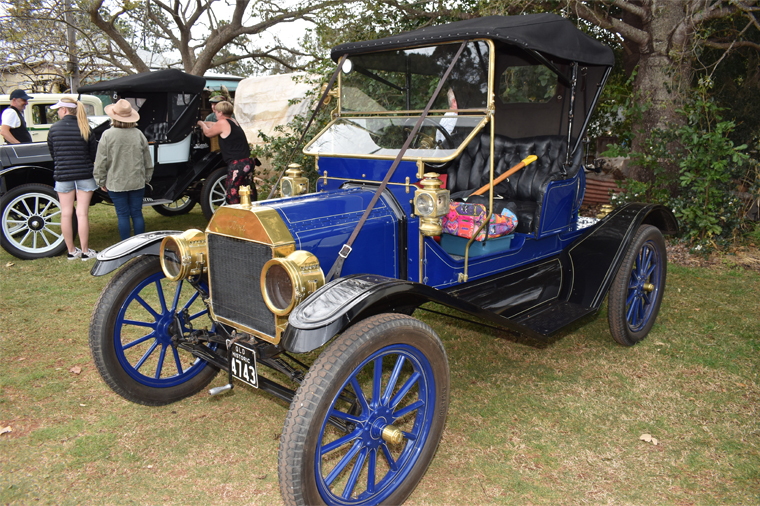 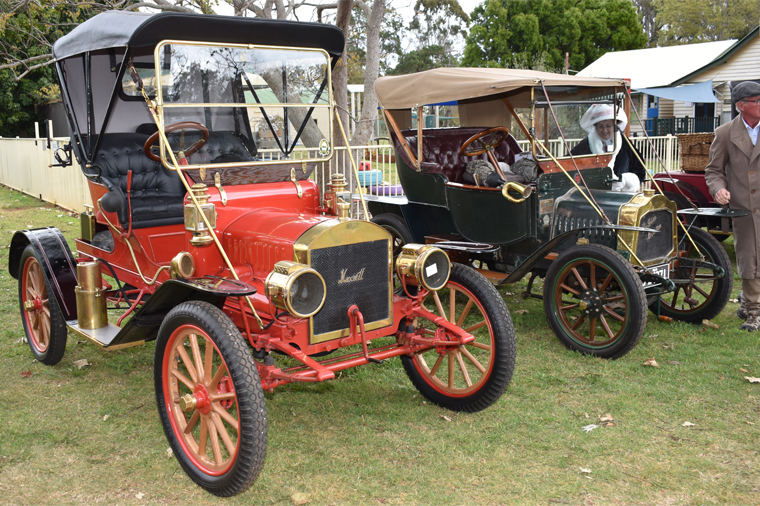 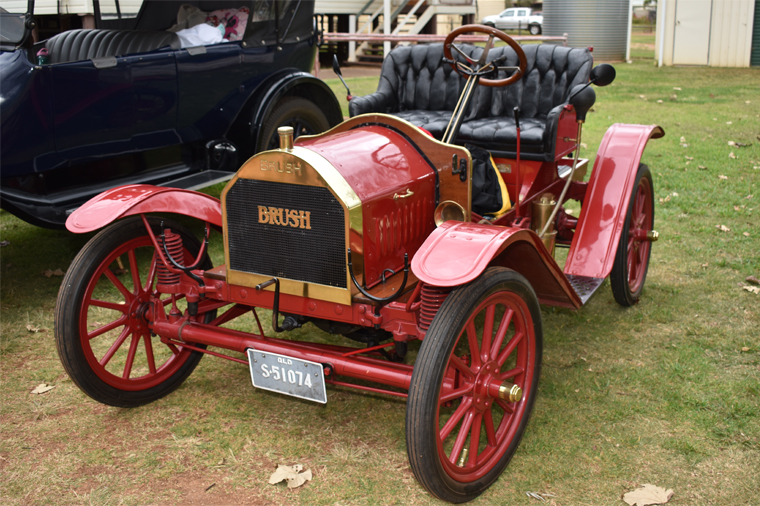 Bunya Mountains resident John Learmont caught up with the rally at Kingaroy Showgrounds and near Taabinga State School on Saturday.

Club members took part in a series of novelty events at the showgrounds, and invited the public to come along and take a look … 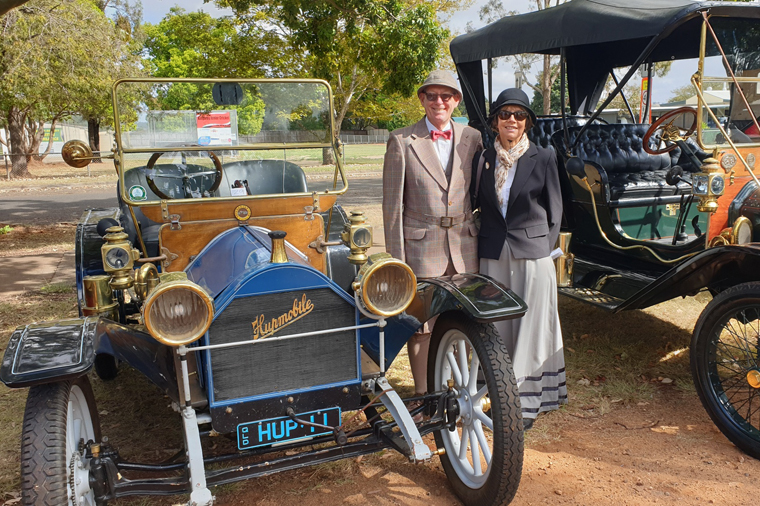 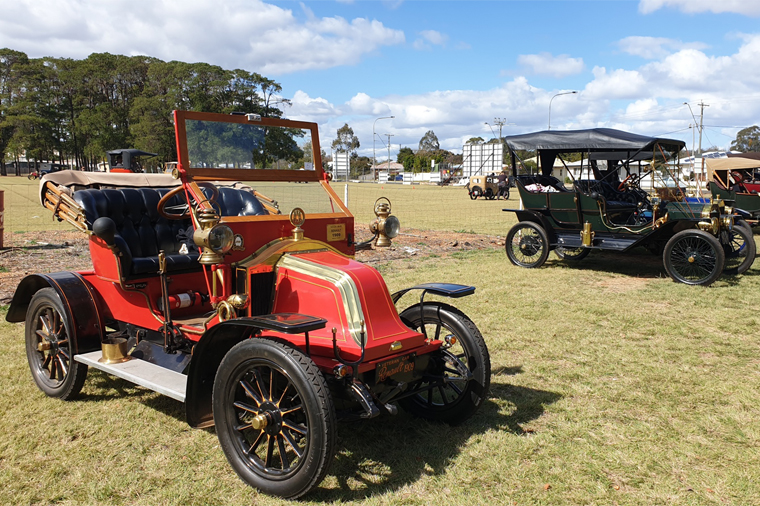 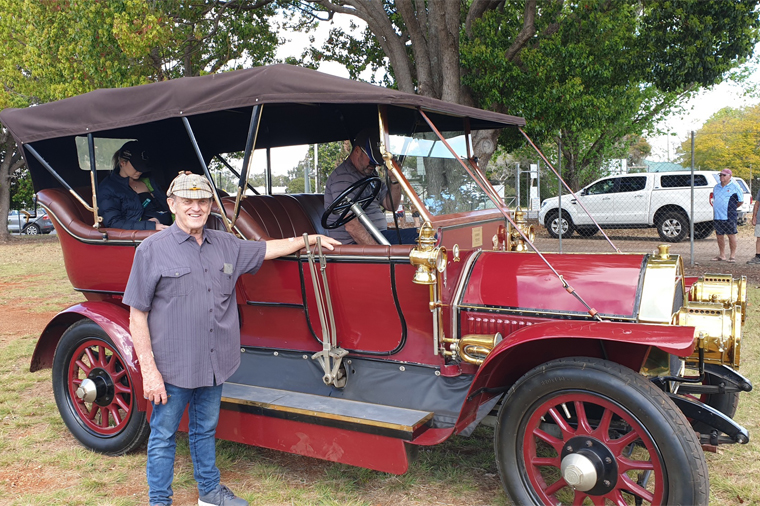 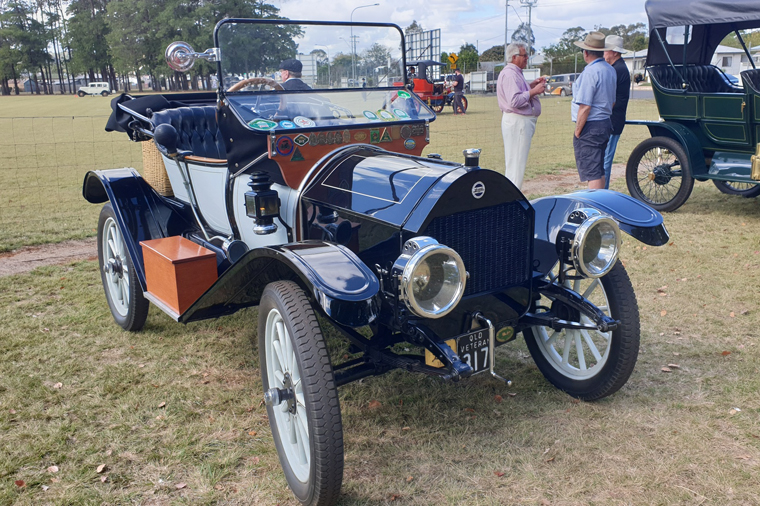