Les told southburnett.com.au this would be his last show at the helm, and he was heading off on an immediate three-month holiday!

The task now, he said, was to find a replacement …

The two-day show, across Friday and Saturday, was officially opened by Queensland Governor, His Excellency Paul de Jersey AC.

The Governor told the crowd on Saturday morning there was something “wonderfully special” about shows.

And this year’s show – held 120 years after the first Nanango Show – definitely offered something special for visitors.

Everyone who bought a pass for Friday’s events could enter the show for free on Saturday (so long as they kept wearing those all-important wristbands).

The bullride on Friday night attracted a big crowd to the rodeo ring.

This followed a day of equestrian events in the main ring and non-stop action in the dog show arena.

Saturday’s show featured all the traditional attractions: cattle, sideshow alley, wood chopping,  and was topped off by the Heritage Nanango fireworks display and live music.

Governor de Jersey thanked all the local children who had contributed so many entries to this year’s show.

“Many of the traditional displays are just as I remember them as a child. I would like to give a special congratulations to all the schoolchildren who have entered exhibits,” he said.

“May I also offer heartfelt congratulations to those children with produce or animals on display.

“I encourage you to keep up your interest as you grow older.

“You are the future of Queensland agriculture, one of the great drivers of the Queensland economy, and it is to you that we will turn as the Nanango Show enters its next 120 years.”

“My predecessor Sir John Lavarack, the first Australian-born Governor of Queensland, had the honour of opening the Nanango Show during Nanango’s centenary in 1950. I echo him when I say how impressed I am with the quality and breadth of the region’s offerings on display.”

The official opening of the show occurred the morning after the death of the Duke of Edinburgh was announced by Buckingham Palace.

Governor de Jersey added a tribute to Prince Philip during his speech.

“You will have noticed the Flags above the main arena of the Nanango Show flying at half-mast as a mark of respect,” the Governor said.

“Prince Philip earned the enduring admiration of Queenslanders for his integrity, kindness and humour, and for his loyalty as long-standing consort to Her Majesty.

“The Duke was the most frequent Royal visitor to Queensland, accompanying The Queen on eight tours and visiting independently on four occasions.

“Prince Philip was also much admired for the vital interest he took in people.

“His life was a model of selfless devotion to duty and service, a shining example to all of us.

“The thoughts of all Queenslanders at this time are very much with Her Majesty The Queen, our Head of State, and other members of the Royal Family.”

The Nanango Show bullride on Friday night attracted a big crowd to the arena.

Action was non-stop with riders ranging in age from Under 12s through to seniors, with a $2500 cash prize on offer for the winner of the Open event.

Here’s just a taste of some of the action … 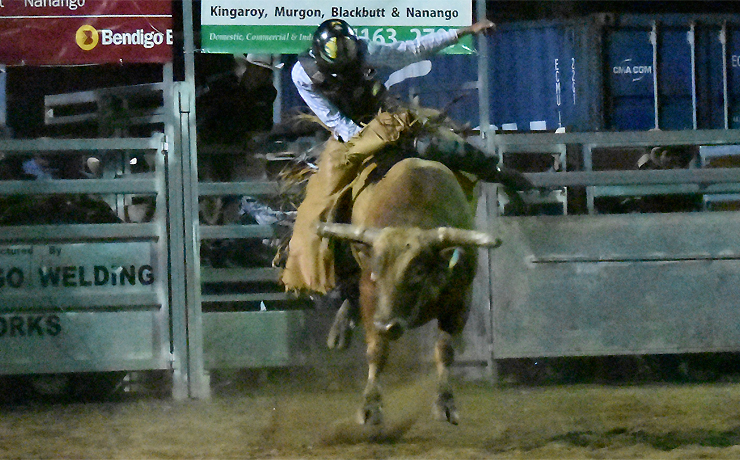 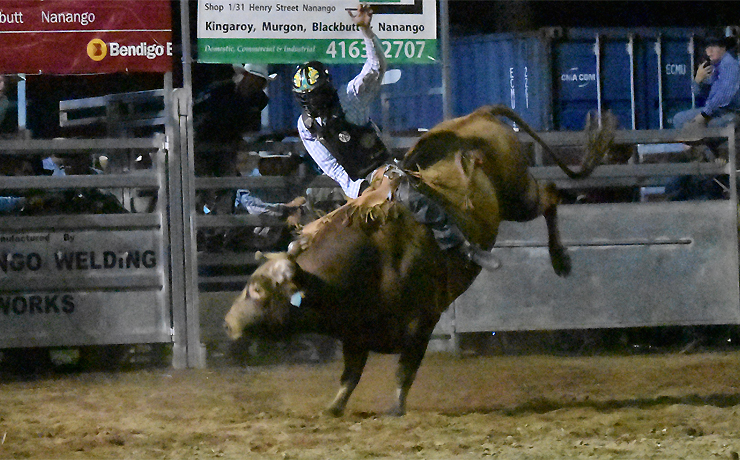 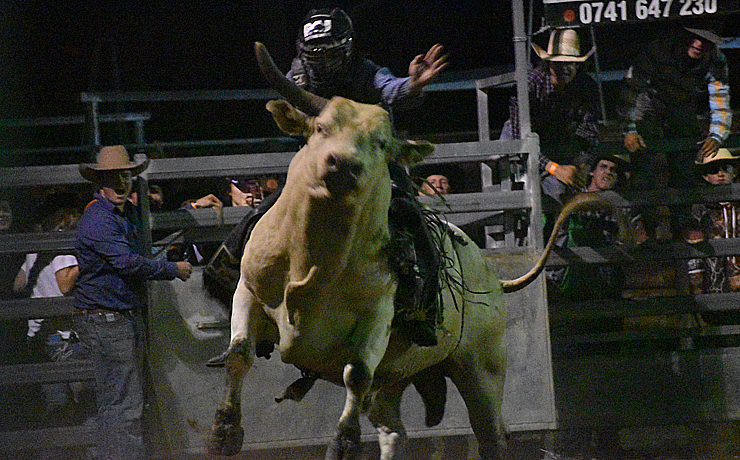 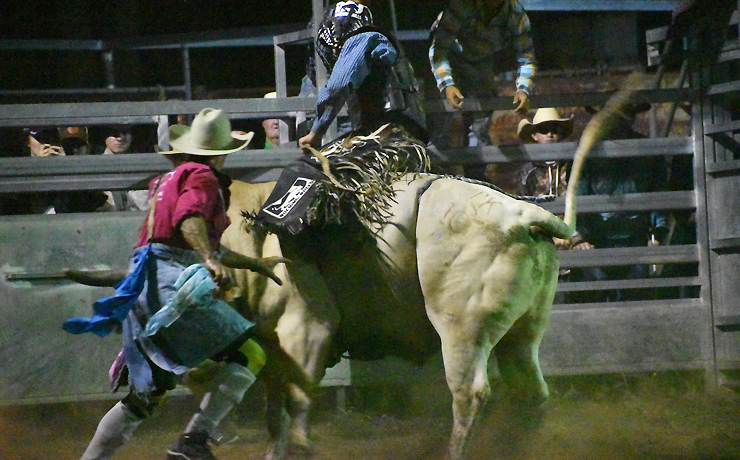 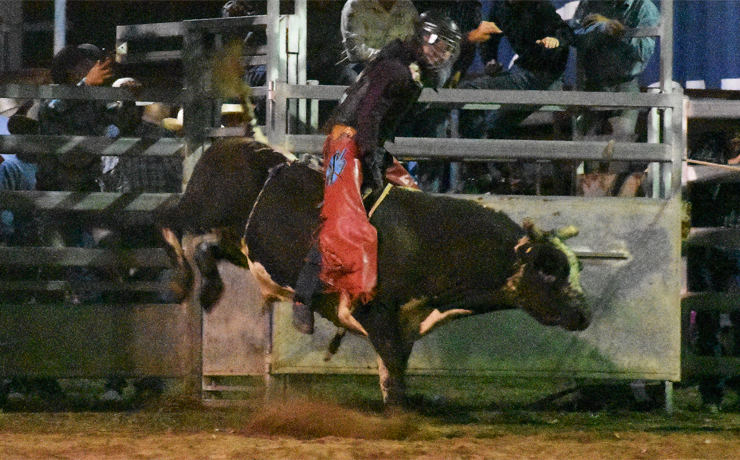 One Response to "Nanango Shows How It’s Done!"